Other than location, how else can ID these species?

breeding dress in males is noticeably different, though I don’t have enough firsthand experience with obtusus to know the harder to notice at a glance details 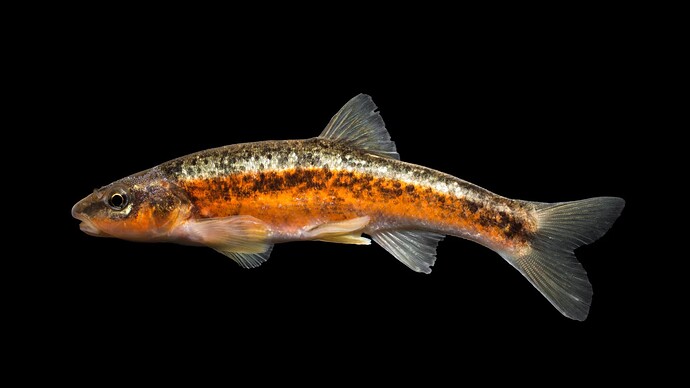 Both are morphologically variable from location to location which complicates things further. In some locations morphological keys have proven useless. In New York, where they overlap the key below might be of use.

Most the ranges have been defined after DNA evidence as going off how their morphology isn’t effective all the time. In Ontario, useful morphological keys were not found. DNA information:
https://www.researchgate.net/publication/269581807_Molecular_Phylogenetics_of_the_Eastern_and_Western_Blacknose_Dace_Rhinichthys_atratulus_and_R_obtusus_Teleostei_Cyprinidae

I am of the opinion that in most places where using morphology might be relevant (close to range overlaps or within them), it is wholly unhelpful.

Both of the images you attached are obtusus.

LMAO figures, I only have firsthand experience with atratulus but thought breeding dress was a good way to differentiate? but yknow, guess not lol