Oh, and in a different area, a car with numerous random things inside. Flipped onto its side. I don’t have any photos of that either.

I found a ski for skijumping while snorkeling in the Adriatic Sea.
How did it get there??? 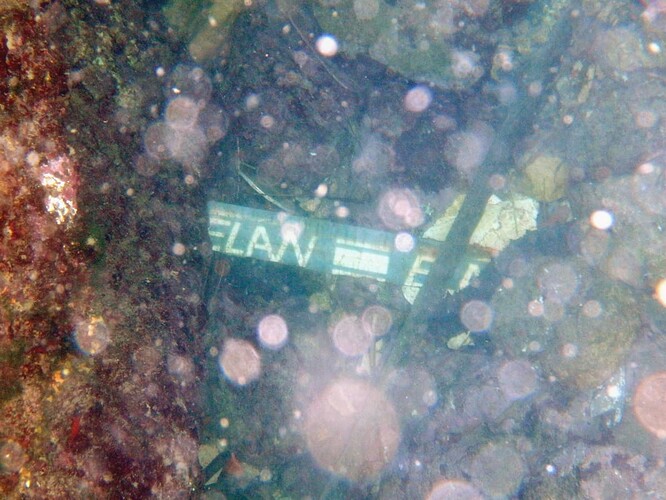 I once left a GPS in the field. Went back a week later—I’d written the coordinates in a data sheet—and found the GPS. Unfortunately, someone had stepped on it and broken the screen. Since it was off trail a ways—and the nearby trail was barely used in any case—that someone was surely me. Oh well.

Since it was off trail a ways—and the nearby trail was barely used in any case—that someone was surely me. Oh well.

You and I are clearly spending time in different parts of the southwest. :-)

It’s mostly all near train tracks near the cities. But I see them everytime I am in this habitat!

Realized my link no longer works, here’s an observation of survey whiskers showing all parts: the plastic, the clasp, and nail. Often mistaken for grass or fungi.

Yesterday, while walking along a pond, I found some tea bags just hanging from a tree. I wonder how they got there.

There’s a state park near where I grew up that used to be an estate about 100 years ago. Some of the family’s old cars have been out in the elements for decades now and have basically disintegrated but are right along the trails. 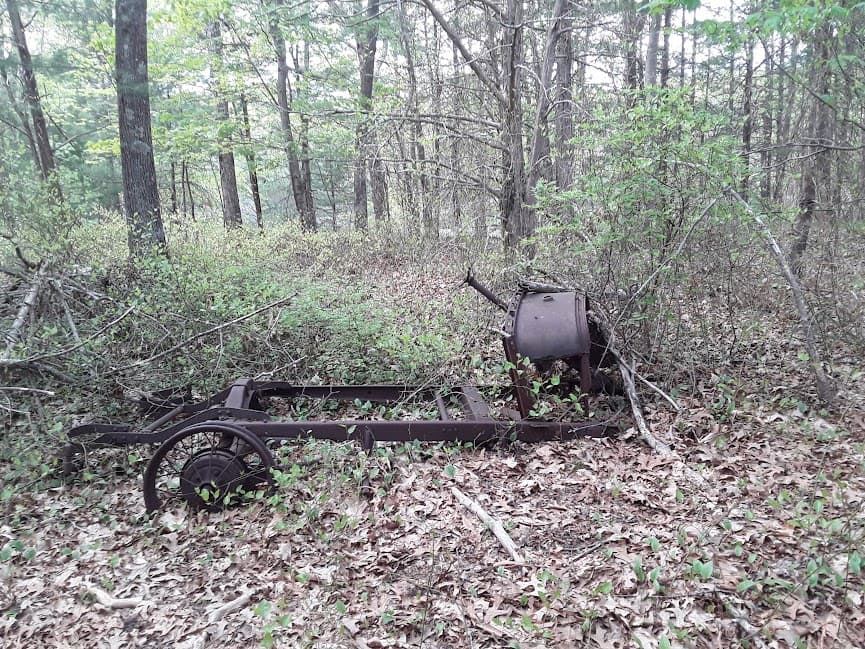 In the Carolina low country, “gut” is a term for a small stream that empties into a large river. Deep in the backcountry of Congaree National Park, there is one named Windshield Gut. If you get there, you recognize it by the classic windshield (without a car) at its outlet.

That’s interesting. On the island of Nevis in the West Indies, a “gut” or “ghat” is a stream that runs from high up the mountain to the coast, usually in a ravine for part of that way.

I often find doll shoes, like this one here: 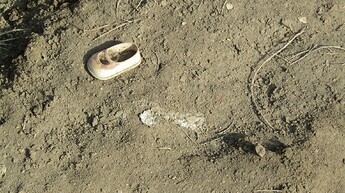 No doll, just the shoes. I think I’ve seen a dozen or so just last year, but did not find them interesting enough.

I would say though, the “strangest” things I find, are often dangerous. In 2016 or 17 I think, I was planning to go and take a stroll through some sandhills in my neck of the woods to see local flora (atypical winter rains and stuff like that). I was immediatly warned to not go there alone by the locals (and most of the time they’re certainly right!) so I took an aunt of mine who lives nearby. She began feeling uneasy when we got to the sandhills in question, and when I asked why she pointed towards a heavy wooden cross and at its feet were a bunch of shaman offerings (tobbaco, “agua florida” (“flowering water” for rituals), some burnt papers and stuff.) She told me to get the hell out of that place, and so we did (she’s very superstitious and wasn’t in a good health condition so I couldn’t just stay and let her go) Sadly I lost these photos, I think.

The other was this year when recording a mass flowering of Encelia in a canyon somewhat afar from the main city. After being chased by a huge whirlwind, I made it to the mid-part of the canyon where I found a lone sneaker (very new!) and a dirty knife’s handle, neatly nestled in a cavity of the rock walls. Needless to say I don’t go there alone anymore, especially since it’s so deep in the desert there isn’t any signal for phones to call or send messages!

Yesterday, while walking along a pond, I found some tea bags just hanging from a tree. I wonder how they got there.

Of course! It must’ve been resting for the winter migration.