If I’m in the mood of not wanting to think too hard but still contribute to iNat, I’ll use the Identify page to annotate observations. Many, many observations lack any annotations and for some taxa it’s quite easy to go through them and add a life stage, sex, or plant phenology annotation without much specific knowledge. If enough observations of a taxon are annotated, we can start to get some cool data on them, eg for Monarchs (although look at how many still need a life stage annotation!): 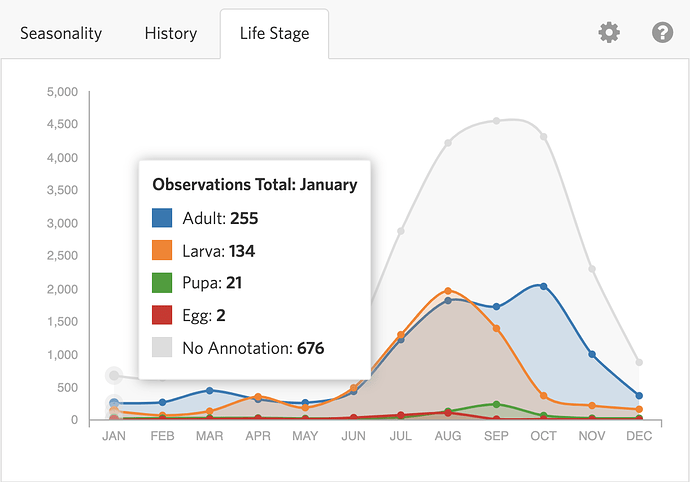 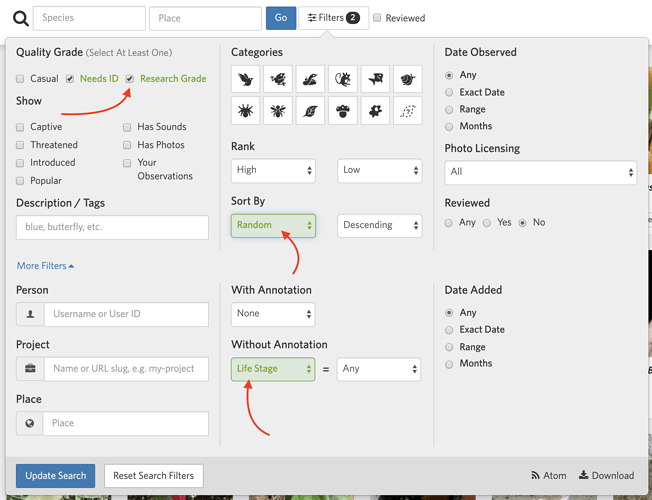 The URL for this is: https://www.inaturalist.org/observations/identify?quality_grade=needs_id%2Cresearch&order_by=random&without_term_id=1&captive=false

This should show me all Needs ID and RG observations lacking a life stage annotation, sorted randomly. 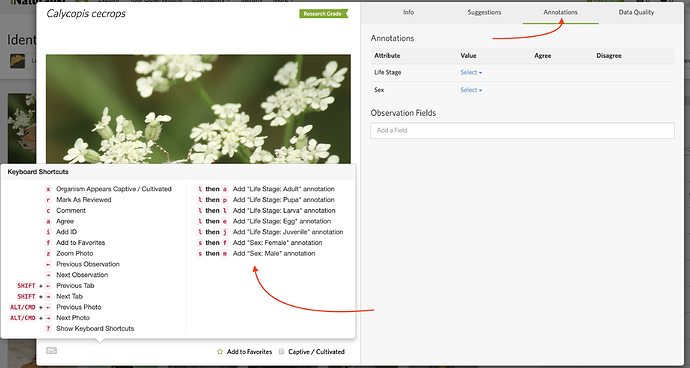 A post was split to a new topic: Community Annotation Challenges

Some helpful URLs for this. This post is a wiki, so please feel free to add your own links.

On that note, I wonder if having a “reviewed=no” version of the links above would allow people to “skip” those that they are unsure of… perhaps they can add it to the url if they want it…

I also wonder if it is acceptable to only mark “dead”, with “alive” being assumed? That is how I have been annotating alive/dead for new observations since that annotation came into effect…

@tiwane If you would rather this not be the place to discuss these thoughts, please feel free to delete this post, I have raised the thoughts on other topics before.

@tiwane, I don’t know if we have a page for how newbies can learn more while adding value, but this would be a great activity for that! Almost anyone could go through a set of observations and tell whether they’re budding, flowering, or fruiting.

As for that page, I’m thinking of a list of things like adding high-level IDs to Unknowns, annotating observations, using the Computer Vision Model to refine identifications, adding Observation Fields, tagging organisms that are obviously captive or cultivated, and the like. Each item on the list would link to the corresponding tutorial.

As for the value added, I’m amazed at how powerful those graphs of phenology are. For example, if I am looking at common privet (Ligustrum vulgare) and click the square for the month of June on the curve for Flowering, iNat will produce a page of all observations identified as that species and annotated as flowering in June. (I think there’s also a way to display all observations, regardless of month, that have that annotation. The site’s down, so I can’t check right now.) I can then see if everything identified as L. vulgare produces the same kind of flowers—in other words, whether or not everything identified as L. vulgare really is L. vulgare. I’ve used that as a first step in correcting misidentifications.

Of course, if the observations aren’t annotated, I can’t do that so easily. So if somebody who knows nothing more than what flowers, flower buds, and fruit look like will take the time to add those annotations, they’ll probably learn more about the species while they make the data associated with the observations more available to everyone.

People are already using this information, by the way. One person told me that a plant had stumped them because it was in full bloom when the Phenology data showed its species wasn’t blooming at all. As it turned out, nobody had entered annotations for that species, and they had thought that the 0 for Flowering meant that the species did not flower that month.

This wiki may be what you’re looking for RE: new users:
https://forum.inaturalist.org/t/useful-inaturalist-tasks-for-non-experts-wiki/35034