A plea to crop your photos!

Photoshop preserves the metadata when you crop and do other edits, unless you have intentionally stripped it, or you have copied the image onto a a different background file that lacks the metadata.

Not only does Photoshop preserve that data, it adds extra metadata letting you know that the image has been processed in Photoshop.

I crop my photos before uploading. Use a few per obs, and include one wide view for more zoomable info. A photo which is cropped down to pixelated is frustrating when you zoom in for more.

On the other thread iNat said - won’t be offering cropping. There are many photo tools available.

I also use Windows Photo Editor. Handy tool to use, and does not drop the metedata.

Editing (cropping) in many programs on computer or phone loose metadata

I edit on my iPhone and it loses the metadata sometimes, but not every time. It depends how much it is edited I think. I’m still learning honestly. I usually just zoom in on the actual image and then screenshot that so the image is larger than it would be if I edited the original. Then I use the original for the metadata but upload the screenshot. Sometimes both just for context in case the zoomed out version is helpful for the habitat. It’s a helpful workaround so that I don’t have to worry about losing the metadata.

Yes, crop, to whatever level provides the most useful information to the viewer. Also yes, adjust light levels, color temperature, contrast, and sharpness to whatever degree makes the relevant identifying features most visible to other viewers as well.

I’m seeing some sentiments that any major image editing is somehow disingenuous. This is simply not the case. Your camera is processing raw image sensor data (that looks nothing like a photograph) in a pre-programmed way to make a JPEG file you can upload to iNaturalist, with processing choices baked in by the people who programmed the camera (which you can usually adjust in-camera to some degree). It’s not any more “truthful” than a JPEG file you’ve made corrections to or one you’ve processed from the RAW data yourself using another program. Sometimes in-camera JPEG processing interprets colors poorly. Sometimes the image is underexposed. Sometimes the scene has very high contrast and important details are hidden in the shadows. Editing photos to fix those issues makes the images more representative, not less.

Google Photos to crop my photos (and also do minor color correction/editing), which preserves photo metadata

Only if you save as a copy. Just regular saving hasn’t worked for me.
https://forum.inaturalist.org/t/android-app-observations-dont-have-location-if-the-photo-is-edited-prior-to-upload/17408

It would be great if iNat could handle the cropping online.

I agree that an option to do so in Inat when uploading would be excellent.

This functionality is already available on the Android app, which is one reason I upload most observations through the app. Hopefully this means it will become available for other parts of the site in the future.

but too often the photo is unzoomed and it’s hard to see relevant field marks.

I agree with you, I usually recommend that people duplicate the best image and crop it.

However I feel that the inaturalist web interface should have a feature of being able to zoom in built into the interface. At present on the web interface, on clicking a picture, zooms the picture from normal, + 1, and then +2 (repeated clicking switches between +1 and +2).

At present, when I want to see an image zoomed in (that may be un-cropped) I download the original (maximum size) and use an offline tool to zoom. This is slow and of course consumes bandwidth

On an android phone it is possible to use pinch zoom on the image, but I think “identification” on a phone is much slower.

I crop all of my photos for uploading (I do keep the original, too, but don’t usually upload). Through the app, you can use the in-app cropping tool (android) without any loss of Metadata.

On my PC I use GIMP and an outdated version of Photoshop Elements. Both of these applications retain the metadata when I crop. Not sure why a program would be dumping that info.

Cropping your pictures is especially helpful so we can actually see what you want ID’d. Had a waterfowl picture the other day I almost dismissed as having nothing in it until I zoomed in as far as I could and skimmed the whole photo.

Would be nice if the app could crop photos.

And a related note: HEIF format may not save metadata (my phone doesn’t, jpg is fine).

Cropping and close-ups are good (typically) but especially with plants having a wider shot showing the entire plant in addition to that close-up of a single flower can be very helpful for IDs. I would prefer of people uploaded both the cropped and the uncropped versions in these cases.

It’s surprising how many people don’t realize they can zoom their camera at the time they take the photo (even if taking it in the iNat application). Then there’s no need to crop. When I’m teaching iNaturalist workshops I try to emphasize this (yes, and an additional one zoomed out to show whole organism or habitat).

Only if you save as a copy. Just regular saving hasn’t worked for me.
https://forum.inaturalist.org/t/android-app-observations-dont-have-location-if-the-photo-is-edited-prior-to-upload/17408

Interesting! I think you might have meant using the Google Photos app on Android… I think I use Google Photos in a different way. Let me elaborate a little bit:
I take photos with my phone, they’ll back up through Google Photos. I then hop over to my computer and use the web version of Photos (photos.google.com) to edit: 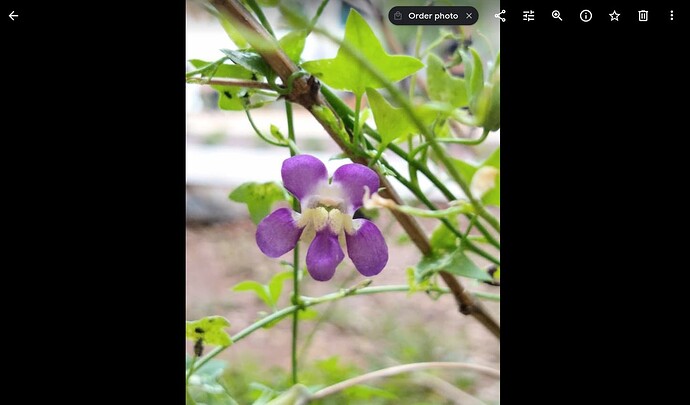 Which leads to this menu:

Note that this replaces the old image, although you can make a copy too. The image can also be expanded back to its original form:

Afterwards I download the images to my computer (which download as a .zip file), extract the photos, and drag them onto the uploader.
Apologies for the digression, just wanted to clarify a bit.

@russellclarke You may have a different concept of what the OP was suggesting. I concur with the OP that highlighting the subject organism is very important for helping both Identifiers and iNat’s CV. This means cropping so that the organism takes up a substantial portion of the image (e.g. 1/3 to 2/3 of the horizontal dimension) rather than being just a dot in the distance or a figure in a complicated background.

Sometimes cropping in on the subject organism results in an apparent blurrier or pixelated image. That’s OK! Such a result is more usable (for ID purposes) than the distant dot. We’re not trying to get magazine cover quality or win photo contests with iNat uploads. So, I’m not sure I know what you mean by “artifacted garbage”. You might want to explain your objection in a little more detail.

And yet some people can’t realize this because the app uses its own camera control. No zoom, no crop, no access to the other 2 lenses, and no access to other camera options. (Android ver 1.27.7)

I never use the “Take photo” choice in iNat. I’ll take photos using the phone’s camera app, edit as needed, and then use iNat’s “Choose image” choice when creating the observation.

Agreed. If the subject is a tiny dot in the photo, cropping won’t make it any sharper but it will at least make it easier for the reviewer to find it within the image.

There is an open feature request to add cropping to web and iOS: https://forum.inaturalist.org/t/incorporate-basic-image-editing-tools-crop-rotate/1223. It has a pretty good amount of votes already, but more are welcome!

I expect that the new app version would include cropping since it is already available in the Android app.

In the relevant feature request it notes

I believe so, but it would be fairly low priority as there’s plenty of free software available for basic image editing on computers. With mobile apps, you’re (oftentimes) taking a photo within the iNat app, so there’s a greater need for these tools in the mobile apps.

So this seems to say that it is being considered for the web, just low priority.

In digital imaging terms, ‘artifacts’ are usually those little noisy clusters of pixels most noticeable in images (most JPGs, for example) along higher contrast edges. It’s an artifact of the compression process. Much more noticeable when you zoom in

Also, images that have been cropped or processed either in camera or out, to enhance detail or reveal detail in shadows or highlights, or contain large, subtle gradations, are also very prone to producing artifacting. Virtually all video frame captures will also include artifacts.

There are also many physical artifacts caused by lighting, reflections, lenses and even camera sensors.

Learning to control, avoid, and correct (when possible) artifacting is a definite skill to develop for photographers, even though the cameras are smarter than ever.

I suspect that the most common and frustrating type of artifacting for IDers is too few pixels, or too blurry or too noisy, or too low contrast details.

Pixel quantity and noise levels usually have some dependence on each other in most cases. Notice that I’m avoiding the term ‘resolution’ here as it’s a source of a lot of the confusion (and always has been!).

I would be willing to put together some basic guide (tip sheet with examples, perhaps) for iNat to help beginners learn how to deal better with this stuff.

If you’re an IDer and have some examples of both good and bad submissions on this topic, I would appreciate hearing from you.

just a reminder, there is no requirement to crop. I don’t reprocess my photos on the computer, though i do use the iphone zoom to ‘crop’. Please don’t harass people on inat to crop photos. Cropping photos also has other disadvantages. You gain nothing in terms of resolution and you lose the habitat context.

I do think it would be really neat if iNat had an internal crop or saved zoom type feature.

Cropping and close-ups are good (typically) but especially with plants having a wider shot showing the entire plant in addition to that close-up of a single flower can be very helpful for IDs.

I agree, those shots are often crucial for ID, there’s many cases where the flowers look completely identical between species (and even across genera) and you need things like leaves or branches to get to species. Sometimes habitat also is the deciding factor with plants, e.g. if it’s clearly growing on top of sphagnum moss that could rule out one species in favor of another.

I think the whole cropping discussion is more about birds and insects and less relevant to plants, just because the structure of many plants means if you crop to the inflorescence you at the same time crop away other important parts like leaves or stems… so sometimes for plants the advice might be the exact opposite, don’t crop to just the inflorescence which seems to be the instinct of some observers.