Anyone know why yarrow flowers sometimes have mounds of smaller compound flower-like structures in the center and some are very flat?

the first one is more common i find, the second is the ‘mound’ (feat. lygus bug) 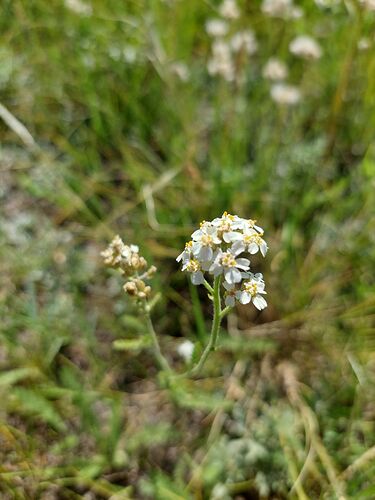 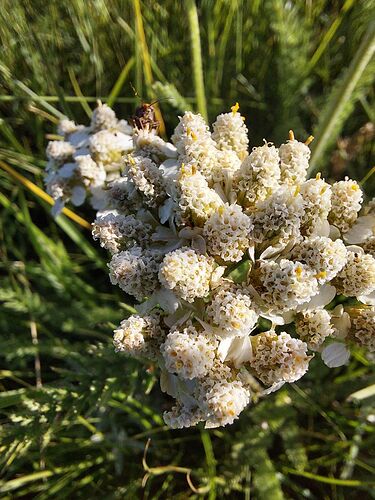 is this just a natural progression of how these flowers grow? just variation? random mutation?

It looks like fasciation, which is when something causes a growing tip of the plant to grow excessively, making the stem flat instead of round, or multiplying and crowding the flowers, or deforming the fruits, etc… Do you happen to have a photo of the stem underneath? It would be interesting to see if that’s odd as well.

Not familiar with the first, but could the second be Siberian Yarrow (Achillea alpina) or another plant family?

I haven’t seen such big ones, but those florescens are pretty diverse, as common yarrow is really a group of species in Europe, even where only one species is found I won’t be surprised that there’re subgroups that differ genetically. But one plant also can be pink one year and white the other, maybe it’s just how it expresses genes in circumstances. 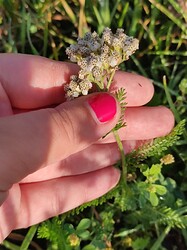 I’ve seen quite a few Achillea millefolium ‘Island Pink’ in nurseries, but I’ve also noticed there is some variation in color in wild type yarrow as well. I’ve planted several hundred wild type Achillea millefolium in my garden, and, as predicted, most produce white flowers, but there is one that has pink flowers. It could be that the seed came from wild type yarrow contaminated by a pink cultivar, but the fact that none of the other seeds from the same batch produced pink-flowered plants suggests that it might just be natural variation (presumably the same variation that is exploited by plant breeders to create pink and red cultivars).

edit: i forgot i harvested some, the stems look the same as the smaller flowers, (the tops look flatter because theyve been drying, i compared them to the dried smaller ones to be sure) 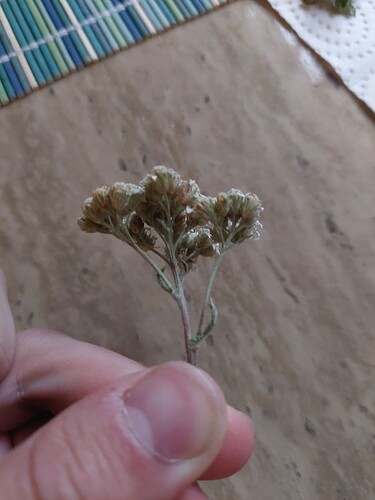 No, that doesn’t look fasciated.