Sandra Díaz and Yadvinder Malhi published an interesting and broad review of the biodiversity literature, that this forum might be interested in. https://www.annualreviews.org/doi/pdf/10.1146/annurev-environ-120120-054300

Some interesting tables and figures from the academic paper: 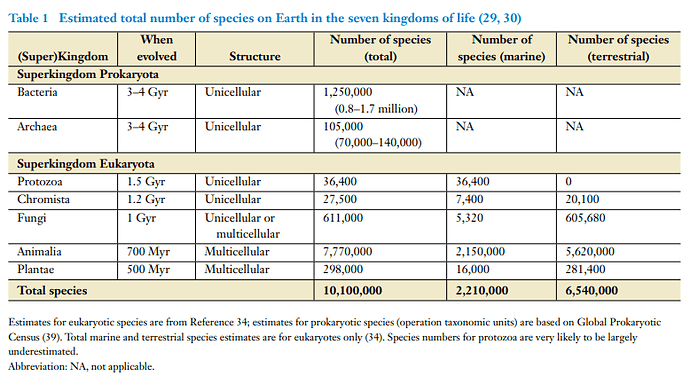 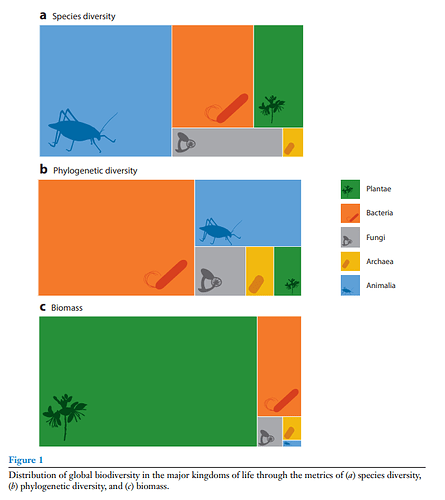 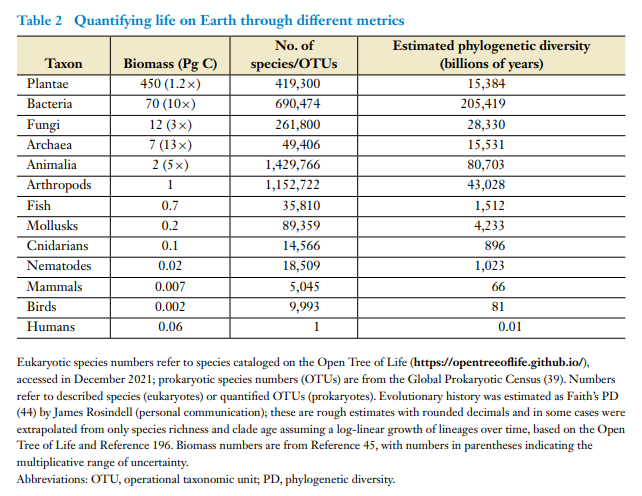 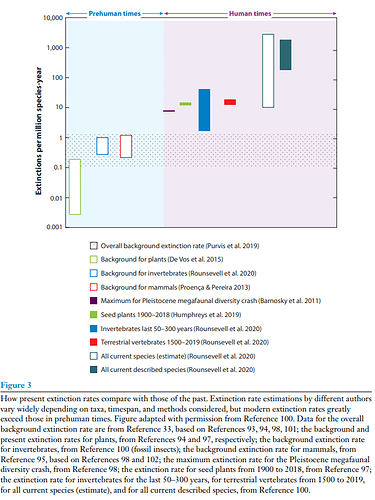 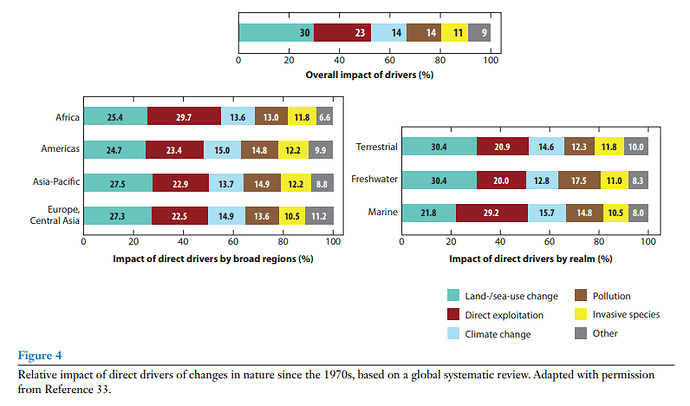 For those that might feel daunted at the paper’s length or complexity, here are the summary points and future issues from the conclusion:

Thanks. Interesting. I’ll have a read. It reminds me of a great graphic I came across recently that uses the same data as this paper uses for it’s Figure 1, to visualize the total global biomass of the different types of life on Earth. https://www.visualcapitalist.com/all-the-biomass-of-earth-in-one-graphic/

Thanks for sharing figures and summaries of this paper, Matt!

Honestly, those numbers look far, far too low to me.

There are approximately 103,000 species of wasp alone known (and more of Hymenoptera), which according to the numbers in this paper would mean that wasps, just by themselves, account for close to 10% of all arthropods.

Coleoptera has some 400,000 identified and described species so far, with total species estimates ranging from 0.9-2.1 million species, again, just of Coleoptera. That means that Coleoptera, by themselves are potentially greater in number than what this paper proposes as the total number of species of the phylum Coleoptera falls within. Obviously that doesn’t work.

The range of estimates for animalia alone on Earth is all over the place, often hovering around 10 million as a low end semi-consensus, but ranging up to over 30 million or more species depending on who is doing the estimate and what methods they’re using.

In short, total species estimates are still in a very uncertain state, with estimates already higher than the numbers given in this paper, and and with so many cryptic species being revealed by genetic analysis the actual number is likely to be vastly higher than even generous current estimates.

In short, total species estimates are still in a very uncertain state, with estimates already higher than the numbers given in this paper, and and with so many cryptic species being revealed by genetic analysis the actual number is likely to be vastly higher than even generous current estimates.

4.1. How Much Biodiversity Is There?
…Note that these figures refer to species already described; there is high uncertainty about how
many species there are in total. The most widely cited assessment uses the relationship between
taxonomic level and species diversity of better-understood taxonomic groups to infer species
counts for more poorly understood groups (34) (Figure 1; Table 2). This approach suggests
8.7 million eukaryotic species (±1.3 million). Approximately 8.1 million of these are plants and
animals, of which approximately 5.5 million are insects (34, 35). We are nowhere near describing all species on Earth: According to the same assessment (34), and assuming that the average effort
and cost to describe an animal species remain constant (this could change dramatically with
new technology, for example), it would take approximately 1,200 years and the effort of 303,000
taxonomists to describe all eukaryotic species on the planet. Recent estimates (36) employing
molecular-based species delimitation (rather than the usual morphology-based delimitation) of
arthropod species boundaries controversially suggest that eukaryotic diversity may still be much
higher (approaching 1 billion species in total).

Which reinforces my initial comment, and makes the numbers presented in the tables in the paper pretty much irrelevant.

so many cryptic species being revealed by genetic analysis

Given that there is no agreed-upon number of base pairs that defines a difference between species, most of these cryptospecies are hypothetical. Now, if the genetic analysis is corroborated by demonstrable reproductive isolation, allopatry, or niche partitioning, that would lend support to the cryptospecies being real entities.

An arbitrary amount of genetic difference is not what is used to define a species in any event. Some distinct species are very close genetically, and some single species have a very large amount of genetic variability within the population.

Delimiating markers between species (or between subspecies) is a complicated thing, and there is a lot that goes into it, with no single metric being the be-all-and-end-all factor.

Certainly there are a lot of hypothetical species, but I’m talking about ones that have been revealed and confirmed.