Just now in the garden I saw four different colors of long-legged flies and I know it is such a small thing to get excited about, but get excited I did. I have seen all these colors before, but never one-two-three-four in a row and never ever on the same day. (I feel like if I were back in kinder, this would merit a gold star on the calendar.) 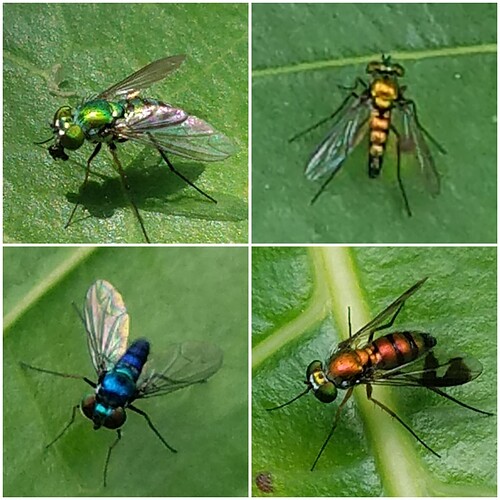 (Please tell me I am not the only person who gets excited about minor nature coincidences / happenstances.)

Messy Mouth Greens are all over my back yard and that’s what I’ll be calling them from here on!

That blue one is amazing!

Yesterday I saw stinkhorn mushrooms for the first time, two cicada molts, and a bright red feather all in the same square foot of neighborhood. So cool and I was elated! but also sad I didn’t have my camera because it started raining very hard right after

The greens are by far the most common here as well.

We also have a ton of other types. The blues are my personal favorites though. But I really like the fancy wing types like on the red. I’m hopeful one day I might see a blue one WITH fancy wings. #goals

They’re all beautiful! I only get the green ones. I notice the red one has interesting wing infuscation. I wonder if that would make it easier to key out to species.

I wonder if that would make it easier to key out to species.

Depends on how the key maker approached it. Most insect keys are mainly interested in having you know the name of every vein in the wing and key out based on which vein joins which other vein and where.

One of the “fly guys” once explained to me that at least one group of flies (cannot recall which) could only really be sorted into species by, well, dissecting its genitals. I have the terribly unscientific habit of rescuing drowning insects and talking to them and giving pet names, etc., which is to say dissection is NOT on my agenda, but ever since I really try to get backside views if the flies will cooperate. It does not happen often but when it does a fly guy can usually suss out gender! (I sometimes guess a gender in a comment tagging one or two, so usually they will gently correct me because habitually I am incorrect.)

I did not know the word “infuscation” before, but there are a few different patterns I think!

Who would ever thought that a collection of 4 flies could be so pretty - you captured the colors and iridescence so beautifully.

I was elated! but also sad I didn’t have my camera because it started raining very hard right after

Should have got a Tg! (As in an Olympus Tg camera)

(Please note that I (sadly) did not receive any sponsorship for this quip.)

Thanks @pagancat! I think of Condylostylus as like little models from the fly world. They have long legs, they are gorgeous jewel tones, even their name emphasizes style. They usually even behave for photos.

(I think of Black Solder Flies as the superheroes of the fly world. They do a crazy amount of good but their outward appearance, while powerful, is disconcerting. And they rarely behave for photos because there’s always somewhere in the world in need of help.)

I only recently heard about this and so I came up with this shot the other week: 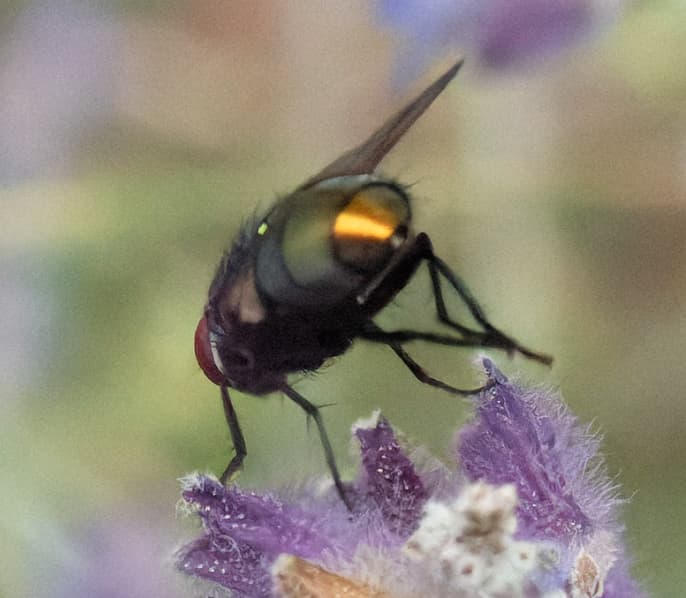 It reminded me (a lot) of one of these: 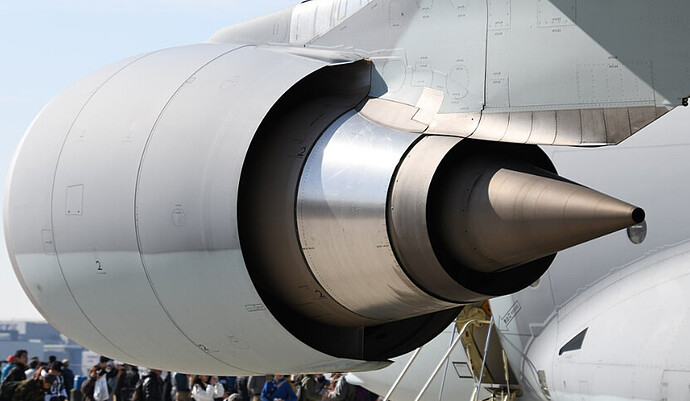 @ItsMeLucy A common Greenbottle! A common fly, a common fly butt.
Eye of the beholder, indeed.

Yes, I think that fly’s gender is… fuselage? (Sadly, that would in no way impact my stats, I am always wrong.)

That fly’s coloration is really gorgeous though! Do you mind linking to the observation?

@broacher it occurs to me that if that is the only shot you got (it happens, at least for me), you may not have actually made an observation. Thank you in any event for sharing that photo – The fly’s coloration reminds me of a paint sample strip or an eyeshadow palette. It’s SO well coordinated! I’m fairly obsessed.

Do you mind linking to the observation?

As soon as I get to posting it as an obs I’ll add it here (and tag you). To be honest, it was a backyard shot where I was trying out some new camera/lens combos and I honestly didn’t notice too much until I viewed it on screen. Hopefully, I have a few other shots as well.