"Hidden" taxa and how to find them

A couple days ago, I stumbled across what was clearly a case of an accidental ID. Someone had identified an observtion as Genus Unkown, which does exist on iNaturalist: 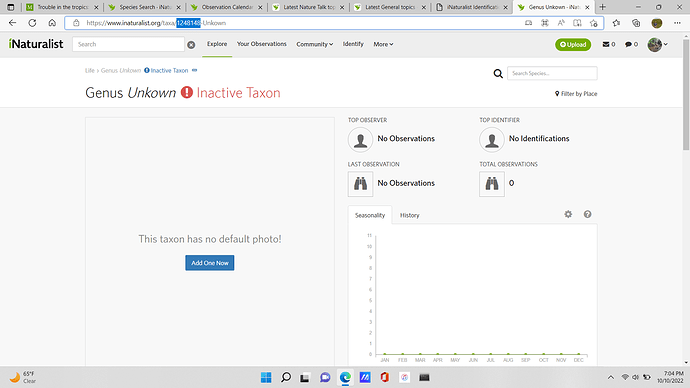 image1440×810 159 KB
Clearly, they were trying to say that the taxon was unknown, typed as far as “unk,” and saw Unkown pop up; they mistook it for the word unknown (not noticing the different spelling) and chose it.

Now I can’t find that observation. When I saw it, it was not currently at Unkown; someone else had suggested a different ID, which explains why the stats on that screen shot show no identifications or observations. I type in “Unkown,” and nothing pops up; whereas if I type in the correctly spelled “Unknown,” that is synonymous with State of Matter Life. When I try to use the URL strings to find any observations that were ever IDed as taxon_id 1248148, I guess I am getting them wrong, because again, nothing.

How would one go about finding these kinds of identifications?

Thanks, @bouteloua . I see that as of right now, three other people besides me have followed your link. Still, some intriguing mysteries remain. If I go to an observation and try to type in Unkown as an identification, nothing comes up: 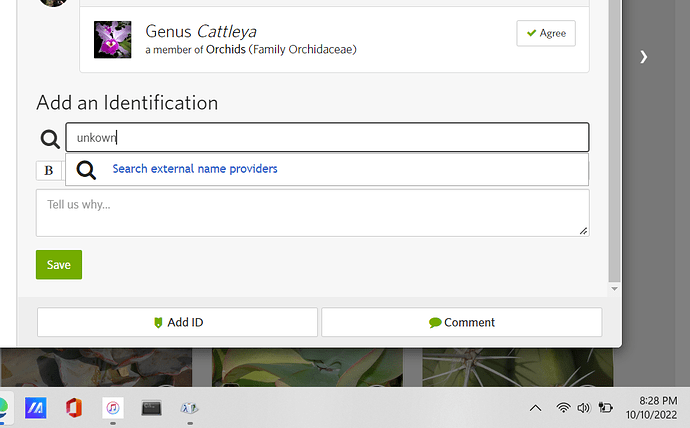 image983×611 129 KB
…yet many of the observations returned by your link were identified as such as recently as one month ago. How did they do it? Are there taxa available for an initial ID that become unavailable for later IDs? Did it become inactive that recently?

Another mystery: apparently, there are 20 species of Unkown, according to the “About” tab on the taxon page: 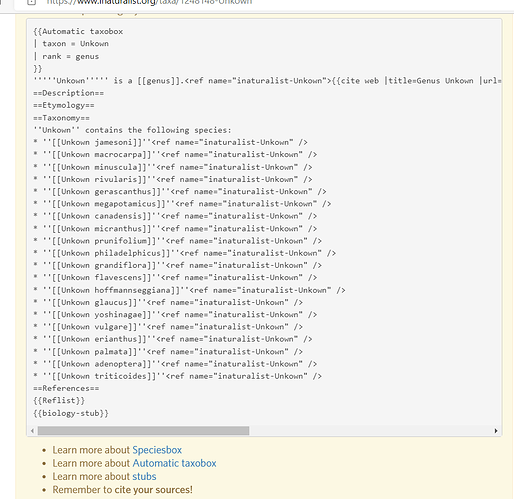 image969×941 56.2 KB
Searching the internet for several of these species, most cannot be found; but Unkown hoffmannseggiana was once on GBIF:

image1440×624 62.2 KB
And U. prunifolium has a complete taxonomy, with the name of the original describer Barnhart R.Br., on Mindat: 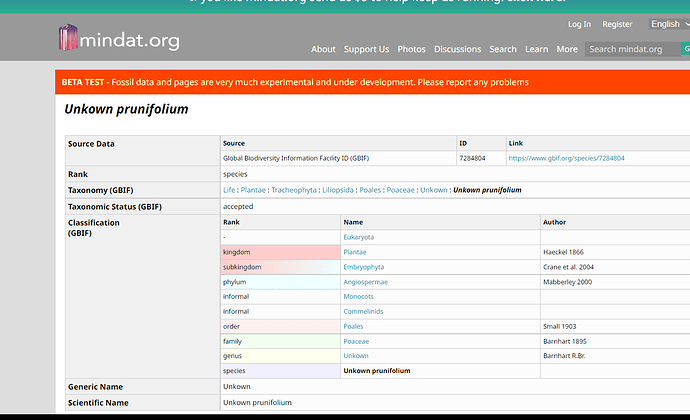 image1338×816 79.4 KB
Clicking on the genus link there opens a list of 40 species altogether, of which the 20 on the iNat taxon page are a subset. So this suggests that it is not just that someone created it accidentally by misspelling unknown, as one might assume from its absence when typed into the ID suggestion form. But if it was inactivated as part of a taxon swap or merge, why do those IDs simply say “inactive taxon,” without a new ID for the new, accepted taxon?
jasonhernandez74 October 11, 2022, 4:33am #4

And since there were only 4 pages, I did find the observation I had originally seen. https://www.inaturalist.org/observations/91737569

It is flagged https://www.inaturalist.org/flags/592540 but the issue is stuck. There was apparently once a ‘genus unkown’, some sort of grass.