It might be helpful if you could tell us what some of the controversies are.

Like some people there bite can cause necrosis and that they are dangerous, some don’t. Some people think there aggressive house spiders, some people don’t.

A similar story has been peddled about the White Tailed Spider (Lampona spp) in NZ and Australia ad nauseam for decades. It’s completely evidence-free, and commonly made by people who seem to be really into Folk Devils.

Not saying that the Hobo stories have the same provenance, but I’d start from a position of scepticism and wait to be persuaded by more than stories of someone’s uncle’s friend’s brother’s dog’s vet’s father, who lost a leg after a bite (which is how these stories tend to get started.)

there were some articles by the CDC in the 90’s saying that their bites caused necrosis in isolated cases. They’ve since removed it off their venomous spiders list, so maybe its just some freak accidents or whatever they were doing was wrong.

Did they say the bites caused necrosis, or that there was a correlation? I am betting the latter is more likely, and even if they said the former, then the burden of proof is higher.

There have been some articles about the bites of this spider in the US (none in Europe, where this species is orginially from actually). However, in not a single of those cases the bite was observed and could be without doubt attributed to Eratigena agrestis. It seems pretty likely that those bites where wrongly attributed to this species.

Generally, the fact that a spider bite might have negative effects on humans and the likelyness of beeing bitten at all are two very different shoes…

Generally, the fact that a spider bite might have negative effects on humans and the likelyness of beeing bitten at all are two very different shoes

Especially since people tend to assume that any unexplained small lesion is a “spider bite.” It’s part of our folklore.

Hobos were very much a target of concern (urban myth) when I lived in Utah. They were called “aggressive house spiders”. I think it caught the attention of the media in the 90s and it has never escaped the effects of the bad press. I live in Wyoming now and someone posted a Hobo to a local Facebook group a few weeks ago and the spider was “identified” as Hobo and pronounced dangerous. I think the threat of Hobos is at least greatly overblown. Also Hobos look like some other common spiders, so there is a fair amount of misidentification among lay folk. It seems everyone in Utah had a story about finding a Hobo in their house.

… the last part might not be so overblown actually. In Germany, Eratigen/Tegenaria are some of the most common spiders in the house… and the most feared due to their size (I sometimes already told the story, that I started my intrest in spiders actually with aslight phonia… Well, those spiders where the reason

)… I anyways know noone that ever had been bitten by one… If it happens, its excetingly rare

Maybe they are mistaken with Loxosceles https://www.inaturalist.org/observations?place_id=any&taxon_id=48137 which DO cause necrosis.

Can a hobo spider bite cause necrosis? Yes. So can a mosquito bite, a scratch from a thorn, or even a simple pimple. Anything that breaks the surface of the skin and allows bacteria to enter can ‘cause’ necrosis. Absentmindedly scratching the injury increases the chances of introducing an undesirable organism.

The real question is whether or not hobo spider venom directly causes necrosis. So far I haven’t seen any convincing evidence but I’m open to any new studies.

Also Hobos look like some other common spiders, so there is a fair amount of misidentification among lay folk. It seems everyone in Utah had a story about finding a Hobo in their house. 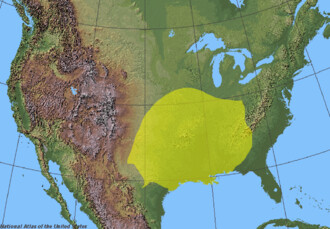 And, as you’d expect, everyone who lives outside the yellow shaded area will respond to social media posts about the brown recluse with, “I know we have these here.”

Anything that breaks the surface of the skin and allows bacteria to enter can ‘cause’ necrosis.

In case of Loxosceles, there is also a specific mechanism.
https://www.uptodate.com/contents/bites-of-recluse-spiders/print