Earlier tonight I spotted what I believe to be a Forcepfly. This was my first time encountering one or even learning of their existence, so naturally, I took to Google. One particular sentence in the Wikipedia article about that species stood out to me though: “No M. tuber or Meropeid larvae have been identified.” Not only is that absolutely riveting, but it reminded me of Facetotecta, a class of crustaceans that has long suffered from a similar problem.

Wondering about Facetotecta has literally kept me up at night on occasion for quite some time now, and Meropeidae will most likely do the same. How is it that we can be missing life stages of not just species, but entire families or even classes? Where are they? Are there any other groups of organisms with missing life stages that I have yet to hear about?

I see tons of obs for crown white fly larvae, but I have not yet found a picture of an adult. I assume it is because the adults are too small and fast to photo.
https://www.inaturalist.org/taxa/417217-Aleuroplatus-coronata

With Facetotecta it’s the adults that have never been identified, but yeah, same type of problem.

Sometimes the adult and juvenile forms are just too different for people to recognize them as being the same organism if they don’t see the transition taking place.

This is a common problem in paleontology:

A new ten-year study by US paleontologists suggests that up to a third of dinosaur fossils may have been incorrectly identified as new species, when they are actually juveniles of species in which there was a dramatic change as they developed.

There are SO many insects missing life stages. Many are described from adults captured in traps, but nothing is known about the larval stages, what they eat, where they occur… and then there are a lot of galls that have been documented, but the insect that creates them has not yet been successfully reared to adulthood for study.

Another kind of astonishing fact is that we only very recently started to learn where eels spend half their lifecycle: https://www.newyorker.com/magazine/2020/05/25/where-do-eels-come-from

It is believed that all known specimens of the Pigbutt Worm (Chaetopterus pugaporcinus) are the larval form, and the adult has never been identified. This is due to all other species in the Pigbutt Worm’s family being benthic, so the planktonic Pugbutt Worm may be a larval form.

Try experimenting with rearing larvae!
Some are easier than others… but some really require constant attention over an unknown period of time …with often unknown parameters around how best to maintain a suitable habitat to raise them in. This is part of the reason at least for unknown life stages of many winged insects in the UK - limited number of people actually want to (and have time to), go out, find larvae, rear them successfully and document the process and specimens in detail. I’ve tried a bunch ( soldierflies and hoverflies ), but most simply failed to pupate or hatch. One of the few that did came out deformed with deflated wings ( due to being kept in incorrect environment ). It remained unidentifiable beyond genus.

The early stages of a large number of butterflies are either undescribed or undocumented and their host plants are unknown (most of these, not surprisingly, are from the tropics). If we extrapolate this to other Lepidoptera or even insects in general, then it can be safely assumed that most insect life histories are unknown as well.

The early stages are very important for butterflies as it helps us understand phylogenetic relationships either based on larval/pupal morphology or from the choice of host plant used. It also helps us understand what host plants a particular species depends on so that conservation measures can be implemented in case the species is in need of protection

So it is very important to rear a caterpillar if you see one, especially if you live in the tropics!

In typical classical, organismals and taxonomic biology there is still a lot to do, discover, confirm, revise; Unfortunately, this division of biological research is underfunded; no one is interested in such basic research anymore, now there is to be a result, application, grant, drug, implementation …; classical biology is slowly dying, such research no longer pays off, is not commercial; there is no money from it, it is very difficult to do classical biology; it is already a field for enthusiasts; There are a lot of topics like yours; believe me more than you think …

Oh you’re right, sorry about that! I was very tired when I first made this post lol!

All of this is fascinating, but I just have to say, 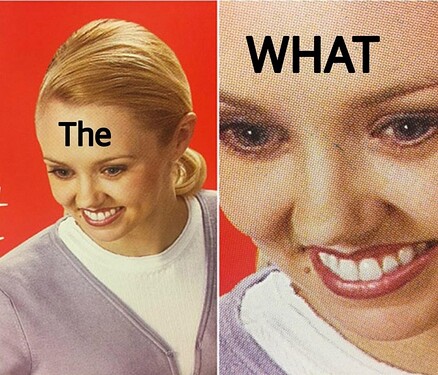 Hahaha, it’s a deep sea worm, also called the Flying Buttocks, that lives in the oxygen minimum zone. And yes, it does look like a pig’s rear 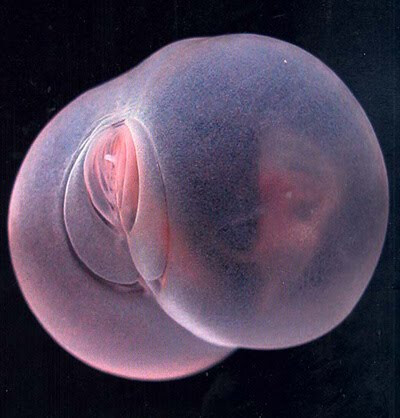 Much about it remains unknown. It is suspected to feed on marine snow (tiny particles that drift down into the deep from surface waters, composed of dead plankton, fish scales, faeces, bits of dead animals, and the like), and is known to produce light when threatened. It is truly planktonic and apparently has no means of moving, and is completely at mercy of the currents.

If we extrapolate this to other Lepidoptera or even insects in general, then it can be safely assumed that most insect life histories are unknown as well.

We don’t need to extrapolate. Just try looking them up on Google Scholar and be prepared for frustration. Lots of taxonomic revisions, not much else.

So it is very important to rear a caterpillar if you see one, especially if you live in the tropics!

Because even though it may grow up to a species that is already described, there is a good probability that you are the first to link that species to its caterpillar.