[For the purposes of this discussion, “stowaways” qualify as organisms which have unintentionally been brought to an area via anthropogenic means but fail to establish longterm wild populations there.]

Let’s face it: our global biosecurity systems are… terrible. Almost every bag of garden soil I obtain from Home Depot contains springtails, mites, and/or mushroom-forming fungi. And it isn’t too uncommon for me to find live aphids/caterpillars in my grocery vegetables (though, fortunately, it’s still relatively uncommon).

Here’s some assorted ones I found: 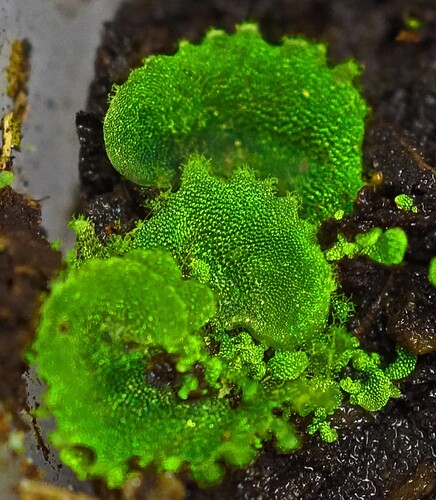 DSC010782341048×1200 172 KB
Gemma-producing gametophyte I isolated from a Sam’s Club flowerpot; each mature plant is roughly the diameter of Harmonia axyridis. It seems physically incapable of sporophyte production. According to a sporophyteless-fern specialist I’ve talked to, its gemma morphology is consistent with a vittarioid and it is possibly the first known example of an iridescent fern gametophyte.

Also isolated from a flowerpot: 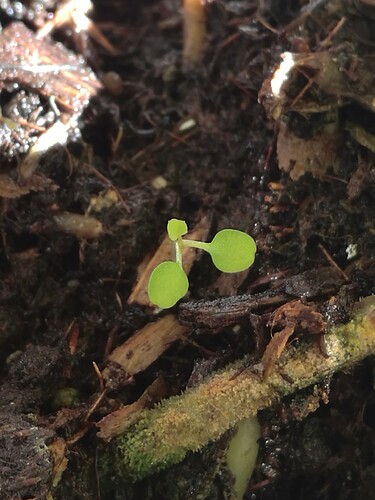 And from some storebought mustard greens: 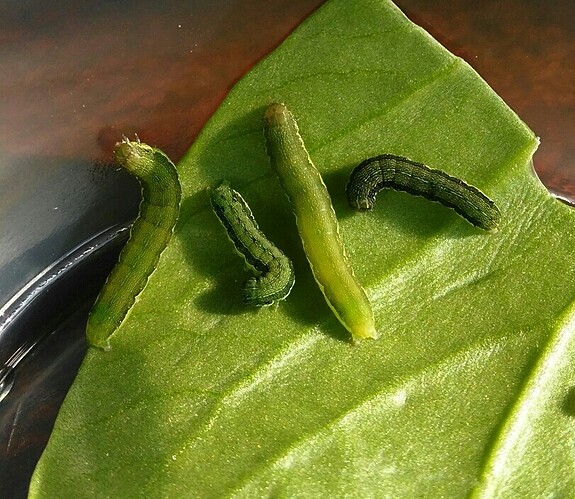 I know some of you are probably thinking of Begonia pavonina and/or Schistostega pennata right now. But my fern(?) gametophyte cultures seem to become less iridescent in lower light, suggesting that the glitteriness may be unrelated to photosynthetic enhancement.

Edit: I retract this statement.

I found a Western Black Widow in my grapes from Costco…represents a first state record for MN lol. 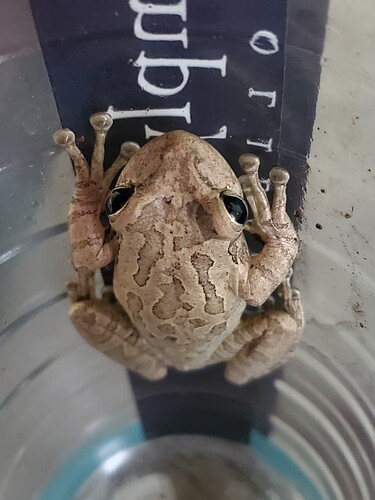 I found this Cuban Treefrog on my work truck in GA. I suspect he hitched a ride from Florida when I had taken the truck there a month or so prior. Currently, Jekyll Island has GA’s only known breeding population, but based on the map of observations and climate change predictions, I don’t think it will be too long before they are established in several parts of the state.

Luckily, I can’t think of any times this has happened to me. The closest example I can give is when a few two beetles hitched a ride on my sister’s bag while she was at Wasaga Beach. The beetles traveled with her all the way to Vaughn.

Wasaga and Vaughn are round two hours away from each other, so I doubt they would have made much of an impact on the local environment (unless they were already invasive). 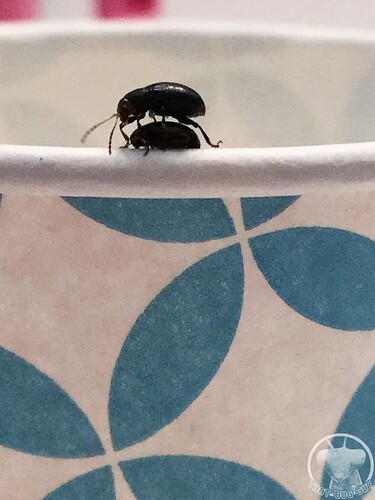 Here’s my observation for them:
https://inaturalist.ca/observations/99488978

I think what you’re seeing there is a plant in the mustard family. The two lower leaves are cotyledons while the top is the developing first true leaf. Maybe genus brassica but getting down to genus may be a stretch.

In terms of stowaway taxa, I go birding at a leaf compost facility where tons of volunteer plants come up. They’re not from crazy far away (lawns), but often aren’t native and are self-propagating, at least until winter comes and, hopefully, kills them off.

Didn’t find this wonderful tick until taking a shower after flying back from Virginia… Thankfully no alpha-gal allergy for me, at least not yet.

The two lower leaves are cotyledons while the top is the developing first true leaf.

I do suspect that you may be right.

I had an assumption that a mite named Eriophyes aceris was present in my province on some decorative shade trees in the towns and cities, but there was no iNat record yet. Looked about half the summer.
Took a walk around town after hurricane Fiona and found a galled leaf from this mite on a silver maple leaf blown into the park from the storm. Still not sure which tree that leaf came from, but there is definitely Eriophyes aceris in Nova Scotia. Thanks for letting me know, Fiona!

Just a tiny I think ghost crab that clung onto our swimsuits from swimming until we got back to our hotel.

Welcome to the forum!

I did a week of invertebrate surveys at Heron Island on the Great Barrier Reef as part of a broader study. Collected a few shells (with license) that I could have sworn were empty. After getting back home to Sydney and opening up my jar, there was a hermit crab hitchhiker that had somehow survived for 5 days. 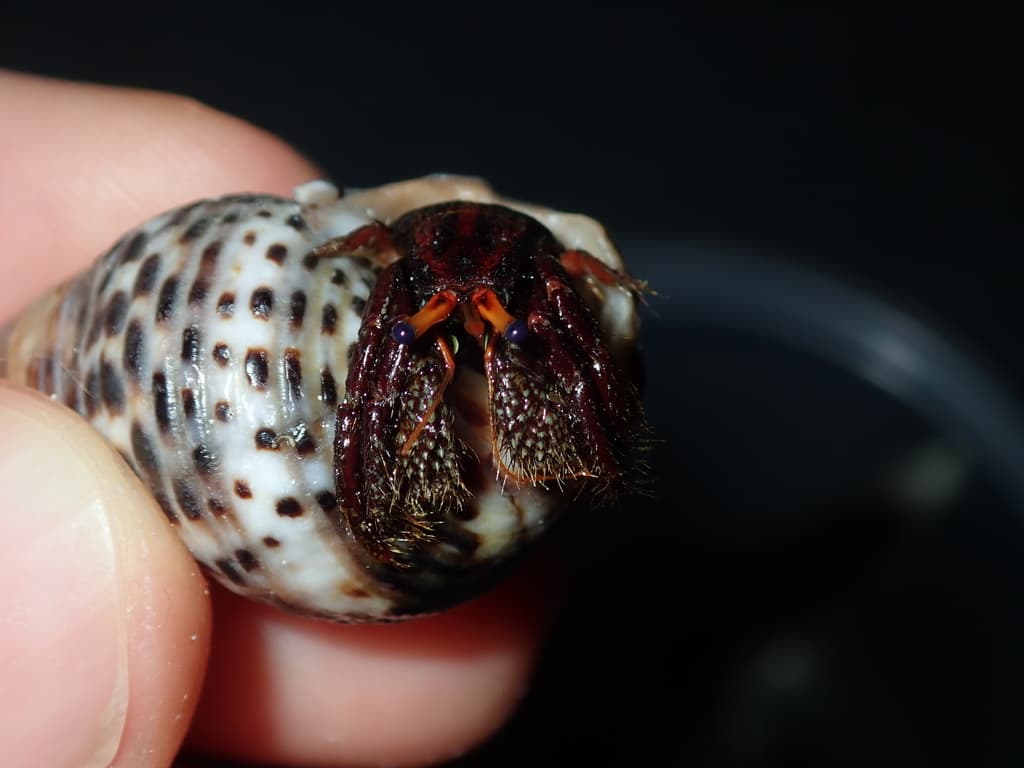 I brought it into the Sydney Aquarium so it had a chance of surviving, but unsure how it fared.

These little fellows hitchhiked from central America to Kaua’i on some potted plants! It’s the first time they’ve ever been found outside of their native range.

Welcome to Hawai’i, invasive species capital of the world.

Reminds me of when my family and I went beachcombing on the central coast when I was little. My brother and I collected a bucketful of shells, some relatively large, between us. Lo and behold, when we were done we checked our treasures and there was a blue-ringed octopus in the bottom of the bucket with the shells! 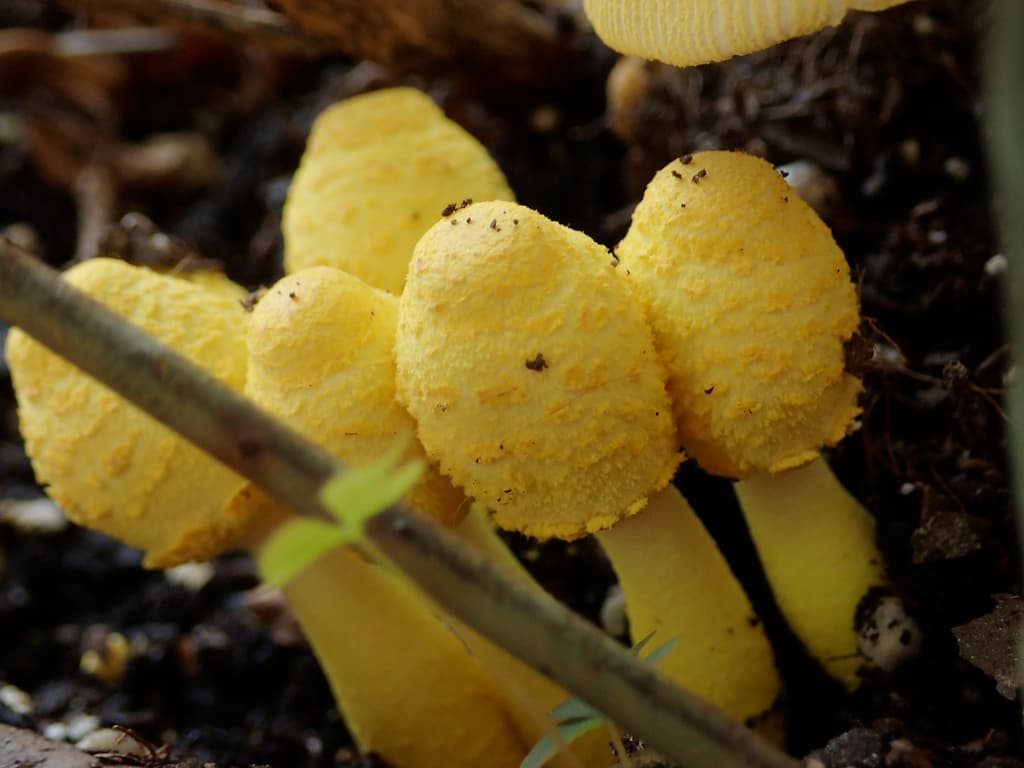 “one of the world’s most venomous marine animals” (Wikipedia). Hope you didn’t upset it! But what a cool find.

Their bites are tiny and often painless

Yes, they will likely get the whole eastern seaboard of GA at some point.

I had a backpack in a storage unit in North Carolina. When I brought it to California, suddenly my room had cockraches that it hadn’t had before. Oops.

Hitchhikers are very important observations, so if you haven’t made observations of these founds you’ve found far out of range, you should!