Your observation of a pest

Plenty. Here’s the overview of my observations of introduced species in my region.

Not all of them are pests, (and some are ‘introduced’ to my city but native elsewhere in the country) but plenty to choose from there across different phyla: European starlings and house sparrows; German yellowjackets, European paper wasps,and harlequin ladybirds; invasive pines and Australian wattles; noxious weeds such as fountain grass and lantana; to Spanish and brown garden snails.

But if we talk about things that are not introduced, saw 4 Broomrape species.

Totally! There are a couple projects in my area mapping invasive species.

Tons of house sparrows, starlings and other invasive species but this zebra mussel on Lake Texoma is probably one of the worse invasives I’ve seen.

“Pest” is sometimes in the eye of the beholder, and what is a pest for one person (or group) may not be for another.

That said, some organisms really do cause harm when introduced into the wrong place or under the wrong circumstances. Identifying them on iNaturalist is, on balance, a good thing–although you should definitely use care. I’m thinking of the tiger that got loose in Florida recently: don’t go looking for it to get the awesomest (and possibly last) Observation of your iNat career!

In New York State (and other areas near us) the Spotted Lantern Fly was recently introduced and can cause damage to local trees. The state’s Department of Environmental Conservation has a page about how to report them, so if you have a similar agency you should check out what organisms should be reported and how to do it.

iNat specific, there is a project for invasive plants in New York City that has amassed quite a collection, approaching 38,000. Several of my Observations have ended up there. I don’t know if researchers or conservationists find it helpful, but at the least I find it interesting to know which of the plants I see are not natives here.

I thought the Tiger was loose in Houston, Texas? As an interesting and relevant fact to “pests”, Texas apparently has the largest Bengal Tiger population outside of India. If I recall correctly, there are approximately 5,000 Tigers in Texas!

And yes, you can keep exotic pets legally in Texas, although the law may be changed because of the Tiger on the loose.

That famously quoted estimate is likely much higher than the true number, which is probably only a few hundred.

Aphids. They slowly kill the plant but if you get rid of its flowers they will go away some times. From my victims ive seen so

I think worst pests are Giant African snail . I don’t know where they come from they get big ,disgusting and reproduce as badly as mice . Do you have any idea to stop them or should I just start eliminate them. 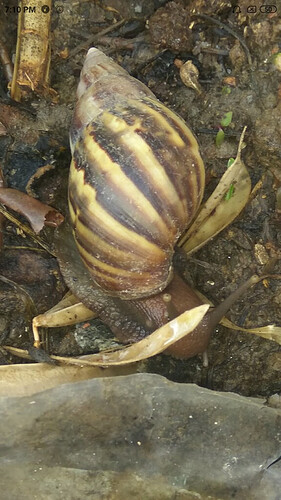 I’m thinking of the tiger that got loose in Florida recently: don’t go looking for it to get the awesomest (and possibly last) Observation of your iNat career!

Especially since it would be marked casual anyway, due to not being established in the wild.

It would be wild, as it not only got loose on its own, but humans definitely didn’t intend to have him there and tiger is(was) moving on its own. But it’s certainly the case for old proposal of non-established category.

Establishment has nothing to with if it is wild or not.

@raymie @Marina_Gorbunova
As I understand iNaturalist criteria, it got to that city originally by human agency as a captive animal. That would put it in the casual category, since “captive” also has nothing to do with whether it is wild or not.

Wild is the opposite of captive (at least in iNat, outside of here it is debatable), so anything not captive is wild.

Wild is the opposite of captive (at least in iNat, outside of here it is debatable), so anything not captive is wild.

Could have been Texas. My point remains the same: don’t endanger yourself to get an Observation, no matter how rare, unusual or cool it might seem.