iNat profile photos tend to be:

It’s the last one I’m curious about. Maybe it’s just me, but I’ve seen way more cats pictured than dogs. Is it just my bias or are there more cat owners here?

“The cool, lithe, cynical, and unconquered lord of the housetops.” - HP Lovecraft

Sorry everyone, forgot to include “No Pets” as an option!

Some thoughts on where bias may come from:

Apparently Im first dog vote but I also have a cat (:

I’d say cats just look better as profile pics, dog portraits are made less frequently and pic of the whole dog would be hard to see on a small icon.

If you think about it , cats are more like naturalists than dogs. They tend to be less social, good at stalking, quieter, and they often come up with interesting specimens if allowed to roam. I say that as more of a dog person myself.

“All Cats are Autistic” is a book even…
Neurodiversity is really common in science / biology / field work types, and tend to be more drawn to cats. I almost made that one of my points, but didn’t want to offend anyone lol
(I’m ND myself soooo)

LOL not hung out with the dog crowd much maybe? At least sporting/working world.
Dog photog is a hugggge thing, and most events hire professional photographers. I’d put a canada/us disclaimer but I know the same is for the European events as well. I’m less familiar with Asian countries other than Japan and Korea have some amazing disc dog teams that travel worldwide and set new records constantly.
Either way, pet photog is huge; and I don’t think ‘hard’ to take photos that would be good profile photos, for example (though not 1:1 cropped but would be easy)
Size on profile page: 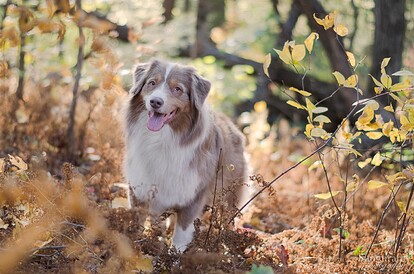 ? I specifically said portraits, what you posted is not a portrait and it looks worse than a cat head. What is funny about you proving what I daid, most dog photos include the whole dog?

forgot to include “No Pets” as an option

Arguably, in some contexts, this is ‘something cooler’.

(But that’s not what pet owners want to hear, so just pretend I never said that!)

Wasn’t aware that author had a whole series, I only knew about the “All birds have anxiety” book; seems there are a few others on author’s website.

Must be a lost in translation, that would be considered a portrait here. If you want just the head/face for avatar, it is easily croppable to that :) Natural portraits are a huge thing here, pet photography esp with dogs is almost bigger than human now.

I would think more cats is due to more cat owners either way, all dog related forum i am on has almost 100% dog profile photos. Even on facebook in dog groups, facebook profile photos mostly have dogs.

I am uneasy about a pet that is ‘cooler’ than cats and dogs.

Exotic? Endangered? Abandoned in nature when no longer cool?

I was thinking along the lines of a cool pet as something that’s not a cat or dog. “Something Cooler” just sounded better than “Other”.

We have two house rabbits, two budgies (adopted from a friend who left the country), two guinea pigs (which we rescued after they were abandoned in a local reserve) and five chickens. We’re in New Zealand where cats are pests so I’m happy to claim that all of our pets are cooler than cats. :-)

Cats vs. Dogs: Which Does the World Prefer? - Budget Direct

Cats are more popular than dogs in 91 countries, and dogs more popular in 76 countries. The United States, Australia, and the UK are all dog-people countries. New York City had the highest number of cat- or dog-tagged photos in the world, and 59.6% were about cats rather than dogs”

Me? We have cats. Much as I would ~adore~ a dog, I’ve never lived in a house with a suitable yard for dogs. Until I retired, we were gone long hours most days, which I think is harder on dogs than it is on cats.

“Cool” is often used to mean “less mainstream”. Since dogs and cats are the most mainstream pets, everything else is “cooler”. There are plenty of appropriate pets that are not dogs and cats.

Abandonment is not something that is unique to non-mainstream pets. Having previously worked at a National Forest and several Wildlife Refuges, you’d be amazed at how many kittens and dogs get left at the front gate.

Heck, my oldest kid found a litter of kittens that someone had stuffed into a sack and left in a park (we got them to a foster through the Dallas Kitten Network). Abandonment certainly isn’t limited to exotics/non-mainstream pets.

we have a cat, and have had dogs; it’s been a few years since ours died (adopted as a middle aged dog, had him 8 years). Thinking about adopting one again since life’s calmed down/I’m about ready for a dog again/my kids both want one.

Have had snakes but had to sell my snakes when I moved to Dallas due to restrictions in the suburb I wound up in.