I was looking on the website version of iNaturalist at my Observations by Species and noticed that Gulf Fritillary appeared twice, once with 54 observations (top row, far right) and once with 12 observations (6th row down). When I click on each, they appear to be the same butterfly and probably need to be combined, maybe not just for me?

The group of 54 Observations appears like this, when clicked, and reflects some subspecies as well. 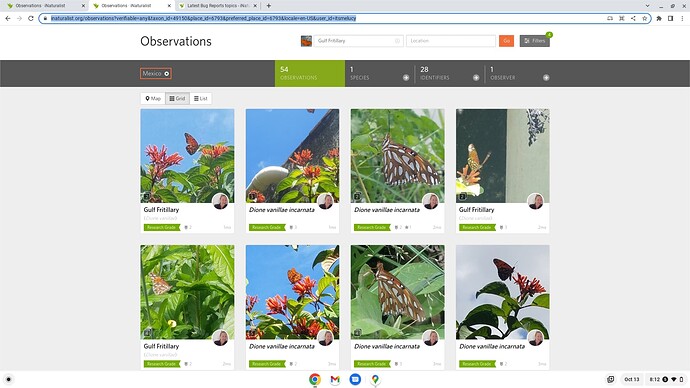 In short, I think I should have 66 Gulf Fritillary observations.

I hope this is clear!

Some observations of the inactive taxon needed to be reindexed in the observation search index. I’ve done that so hopefully the searches and taxon page look as expected now

Thank you – not just for solving but for doing so super quickly! It all looks right to me now, however I am fairly well an idiot at this so take that with a grain of salt. :)