I don’t think it would necessarily be confusing, but I guess in an ideal world, it would be nice to also have some measure of actual community support. Like maybe an easier way to get to this: 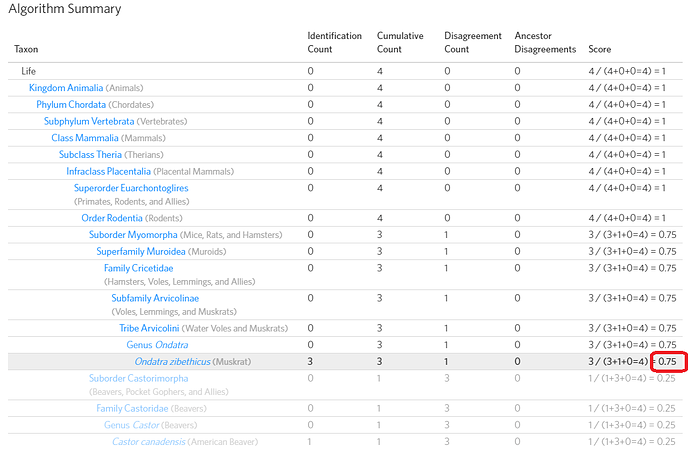 There is a deviation between this symbol

Not sure whether this is a bug (i.e., is the number correct?) or mereley a different way how App and Website are using this symbol.
Also wonder whether it has ‘always’ been that way or occurred after the latest maintenance - anyways, here we go:

a closer look at both:
First ID (by observer) on genus level, then refined by another user, then agreed by observer 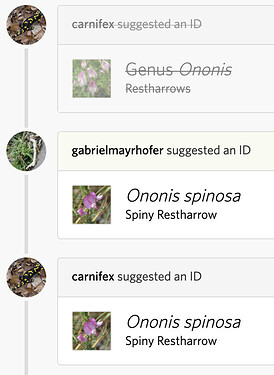 First ID supported by another user: 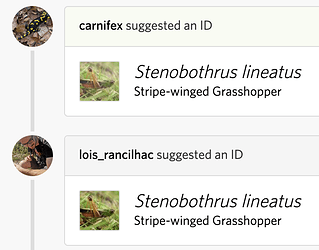 So it seems that on the website, only actions by other users are indicated, whereas in the app, all actions (also withdrawals / inactive IDs) are counted.

I’ve noticed this for a while. I’ve also noticed the app sometimes thinks a new ID added by me counts as new, and the icon turns pink even though I don’t get a notification. Might be when I add an ID on desktop though? I wonder if it’s related to the displayed taxon not updating.

I don’t have the app, but for as long as I can remember the website hasn’t counted initial IDs by the observer towards ID totals for that symbol.

I kind of like it since it keeps things clean/less busy for observations that have just been uploaded with an initial ID and makes it easy to see those. I can also scan down my observation list and see which ones have gained IDs easily.

I agree that it would be best to stay consistent between website and app - I would just favor keeping the web method of counting.

@carnifex I moved your topic to this existing report, and changed the title a bit to include your point about the app

Another problem I just encountered today relating to these counts

A user who has ID’ed a lot of stuff for me deleted their account, including their identifications, in the past few days. However, there are now ‘ghost’ ID counts on the observation thumbnails. Example:

The khaki weed observation previously had an agreeing ID from that user, and the thumbnail indicates there is one additional ID to my own

However, go to that observation and mine is the only ID: https://www.inaturalist.org/observations/76498693 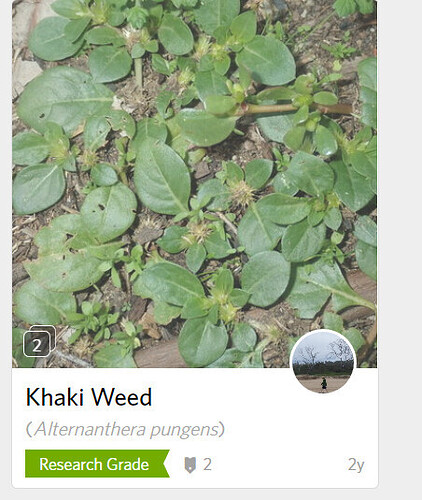 2 IDs other than my own indicated, but only one currently exists after the deletion

in fact, some observations are even still erroneously showing as Research Grade 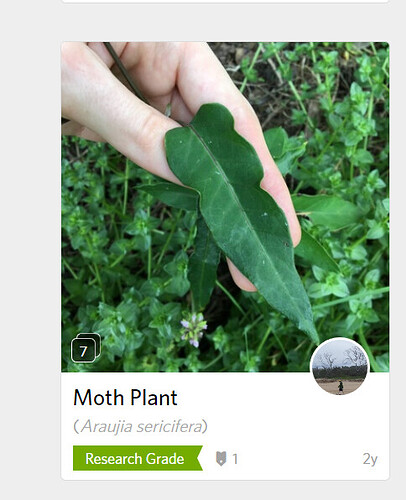 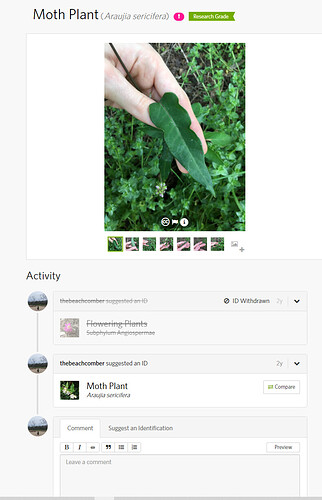 reindexing these obs makes them revert to needs ID, but there are thousands of these out there like this

I think the original issue has arisen again in some form. I’m currently at this link, and observations with the same number of IDs are shown with a different number of IDs 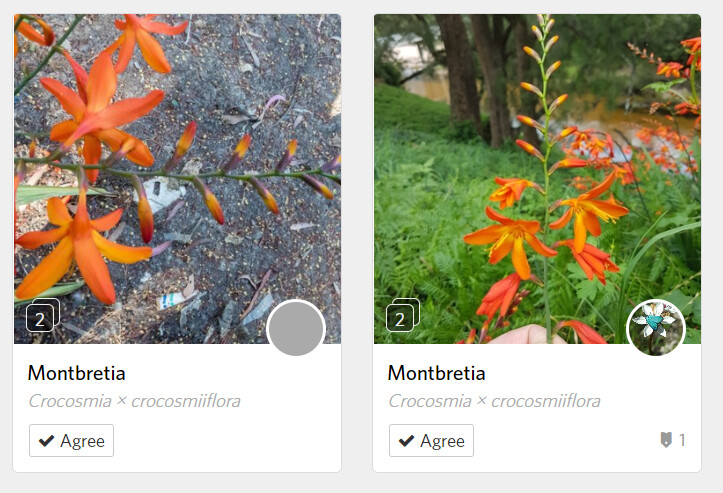 both of these observations have an ID by the observer, and then a confirming ID by someone else, yet only the right hand one shows the tag + 1. I can’t perceive any difference between the two

not the only case either; many of the observations within this search have no label, but they do have an extra ID

happening with counts above 1 too 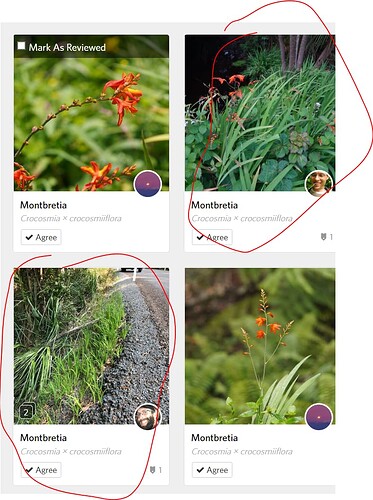 bottom left has 1 agreeing ID and a +1 label as it should, but top right has 2 agreeing IDs yet only a +1 tag

As far as mobile apps go:

Android should show all IDs on the obervation, iOS doesn’t include the observer’s ID. Probably not going to be fixed in the current native apps.