More recently the CV with iNaturalist seems to be failing

The AI seems to be failing recently. Has the sensitivity of the AI been compromised.

It was all fixed https://forum.inaturalist.org/t/random-id-suggestions/37978

Can you describe precisely what you mean?

If you mean that within the last 48 hours you sometimes weren’t getting results when you should have been, then as Marina says that problem should be fixed, please try again.

However, if you mean that the vision suggestions are present but are somehow unoptimal - suggestions vastly out of range of completely visually unsimilar, then please provide more details and example photos/observations.

I am still getting occasional bizarre lists of suggestions, such as this one just now. I know it says “We’re not confident…” but I don’t really see how my moth resembles turret shells, a Euphorbia plant, and a mushroom? 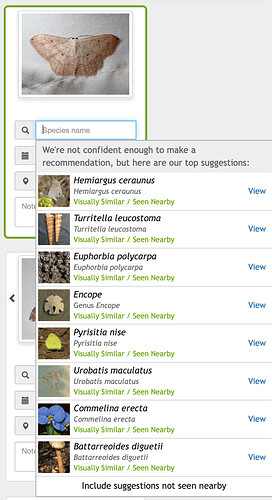 And another one - do I need to file a new Bug Report for this? 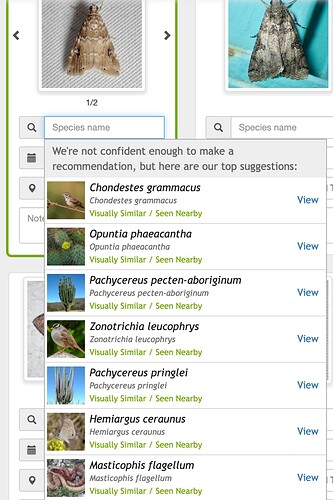 Add it, suggestions are insane, though when system isn’t sure it often shows something like this, even before the update.

I seem to only be getting this when submitting observations (just now)? Should have screenshotted, but a moth suggested as a cormorant! Now that the obs is submitted it is behaving normally.

Thanks, I did file it as a new Bug Report: https://forum.inaturalist.org/t/ai-suggestions-are-bizarre-not-visually-similar-at-all/38025/1

So, the CV still does some weird things.

I get weird suggestions when uploading, e.g. 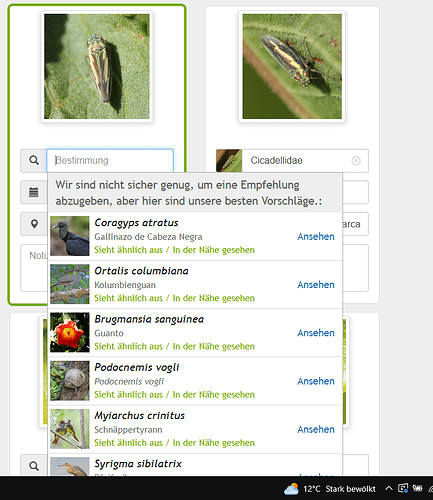 I wanted to show a second example from that batch, but apparently I failed in making a screenshot which I only realized after uplaod. So I thought I just put the same picture in the upload again and show it, but suddently the suggestions were totally fine. So I tried the same with the one depicted here, and the same happened. When I put only this picture in the upload it suddently got fitting suggestions 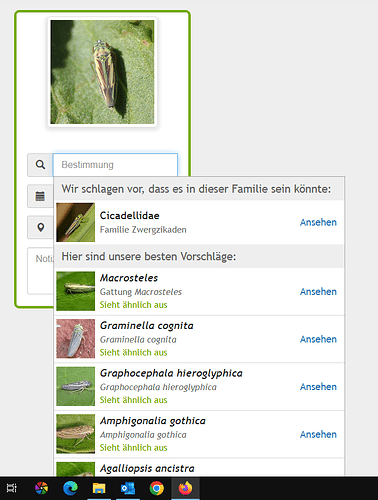 So maybe this issue seems to only be there when uploading multiple observations at once? Could mabe be a hint to solve this.

I assume that photo is for this observation, correct? And you had the date and location entered when you requested suggestions in both scenarios?

I tested it out a few different ways: 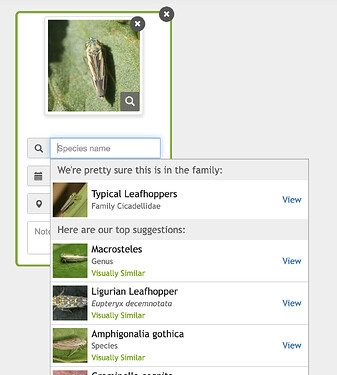 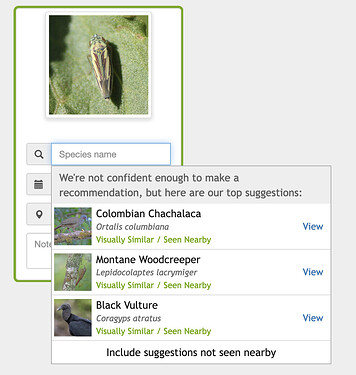 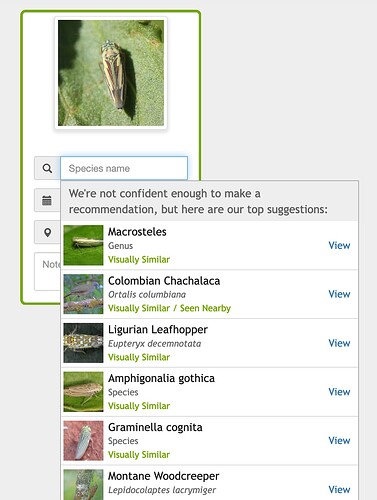 I don’t think the issue is related to number of observations on the uploader page, it has to do with seen nearby implementation.

Yes, location and date were entered in the first occasion, when the CV gave those weird suggestions (your example 2).
And apparently I forgot to enter the location when I tried to recreate the issue (your example 1).

How can I not restrict it to nearby location? And what does “nearby” mean in this case (radius)… apparently I was the first one observing a cicadellid in an area of about 20km … can it be set to “country” which I would find most useful.

And what does “nearby” mean in this case