Nature question I cannot answer, can you?

I think I have shared that my younger son, by far smarter than I, has Asperger*. He often poses questions to which I do not know the answer. Usually they are about history, his preferred topic. I always tell him to go do some research and come back to me with what he found out.

Today’s question, however, while brought to his mind by history, is actually about nature, and despite his (and then my) best searching, we really have no answer.

The question: “Regarding quadrangles in nature, are there animal parts or plant parts with square or quadrangular aspects?”

(Me: Why did you word it like that?
Him: Because minerals, mom.)

Any assistance toward answering this question will be greatly appreciated!

*I mention this because it will be difficult for him to move on until he knows the answer.

Not sure if this counts, but one characteristic that’s used to ID mint family members (Lamiaceae) is a squarish stem, it’s not exactly square, more often like a circle that’s been squished on all four sides.

take a look at the pattern formed by gar scales. you’ll get all sorts of quadrangles (quadrilaterals?) – squares, rectangles, rhombuses, parallelograms, trapezoids, etc.

Looks like the old Windows logo, but it’s pretty square…

It’s a great question. Seems truly square or quadrangular shapes are pretty rare in organisms. I thought of xylem and phloem cells but they really are not that quadrangular but kind of look that way in longitudinal cross-sections. Perhaps the rarity of such cristalline-like angles in organisms are the result of growth patterns, environmental effects on growth causing much variability, structural (load-bearing) considerations, the complexity of the tissues involved, etc. Just thinking outside of the box here (no pun intended).

i’m not sure perfectly formed squares and quadrangles exist at all in organisms at a macro level. everything i can think of is approximate, but good enough.

i’m not sure perfectly formed squares and quadrangles exist at all in organisms at a macro level.

But the wombats are working on that.

Now I’m wondering if true squares or quadrangles exist anywhere in nature, including in crystals, or is the perfect shape just a mathematical construct? 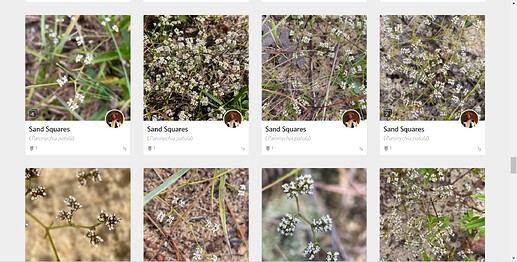 Aah yes, goats with their letterbox format pupils. Extremely off-putting. I have never met a goat I have trusted, perhaps it is those eyes…

Seedbox, another square-ish thing but no cigar for this one… 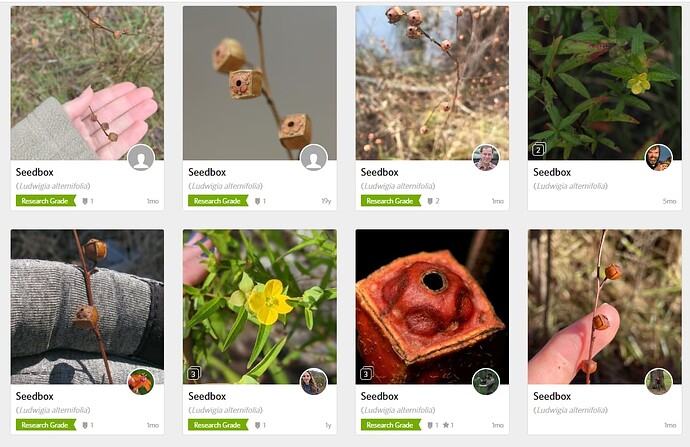 Many butterfly wings have quadrilateral shapes in them. Not too many squares but lots of rhomboids, trapezoids and kites.

Not as impressive as the Seedbox… 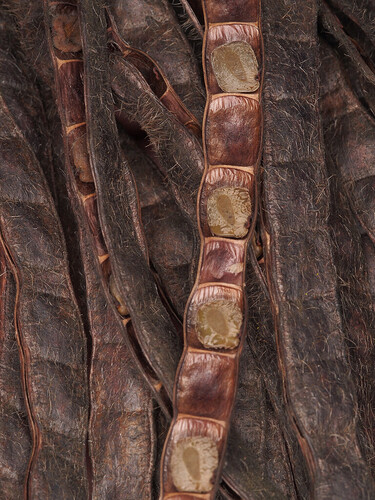 Thank you! This observation of seedbox has particularly satisfied. I think it is the one flat side that looks especially square (so, yes, cigar).

What had him thinking of this was Uxmal, which is an ancient Maya city not far from here. The pyramid there is distinct in that it is smooth edged, however there is also an enclosed patio there called “The Quadrangle of the Birds” (El Cuadrángulo de los Pájaros) and so from there the discussion proceeded.

Theres a species of ash, Fraxinus quadrangulata, that has squarish branches! I think it looks pretty cool!!

I hope this answers your question :)

I don’t see what connection he might be making between four-sided shapes in minerals and plants and animals. With minerals, distinct shapes like that emerge because they have a crystalline stucture at the atomic level that repeats throughout the material. While not always evident in the large scale, the crystal ‘habit’ of a mineral is determined by that atomic scale property.

Biological structures on the other hand are much more complex, and are typically the result of evolutionary pressures rather than simple physical properties. If the shape of some part of an organism enhances function and allows it to survive better, that trait gets passed down where less advantageous structures do not.

I don’t really know if that speaks to what he is asking about though. If you want something interesting to show him, though, check this out: The Valley of Square Trees. Not a lot of information in the article, but the fact that the trees in this valley grow square there, but not when grown elsewhere suggests something bizzare about the local conditions at play rather than an evolutionarily developed trait (which does of course contradict everything I said above and just goes to show the rules are not so rigid in biology as chemistry and physics).

I don’t think he was making a connection. I think he was excluding minerals because I have a collection I inherited from my father that he knew I would immediately point to. That said, his brain jumps quickly in ways that I often cannot follow (doesn’t everyone’s?) so I long ago gave up trying to follow the connections and now only focus on the questions as asked (and the reasons behind them if they appear to signal anxiety or concern, which this did not).

Thank you for the Valley of Square Trees! He is currently occupied but I think he will be very interested in that.

He could have pointed to the salt cellar - sodium chloride makes cubic crystals :)

Species that live in glass houses…

With minerals, distinct shapes like that emerge because they have a crystalline structure at the atomic level that repeats throughout the material

Speaking of which, might he also be interested in plants or animals that say, exude materials that then crystallize into geometric forms? Perhaps something in Hemiptera could do that with excreted honeydew? And for plants, “frostweed” is a fun way to see crystals, recent example: https://www.inaturalist.org/observations/146183116

Full disclosure: I became a chemist because crystals, mom. ;)