I found a weevil in a container of seeds which I had collected a couple of weeks ago in Arizona. 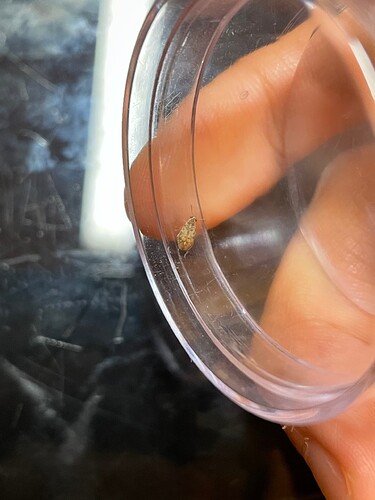 Upon further inspection, there appeared to be a hole on a mesquite seed that wasn’t there previously. 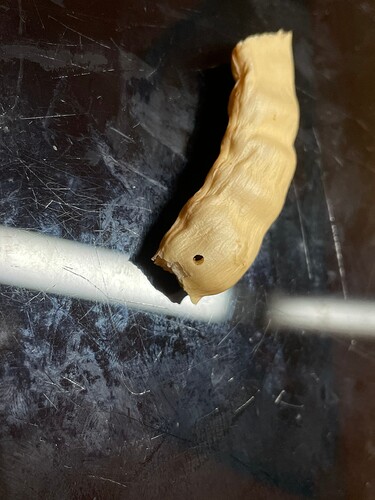 Should I be concerned about this weevil? What should I do with it?

Thank you in advance.

if you think it’s potentially invasive for some reason, then first get it identified either through iNat or via, say, an Agricultural Extension Service. once you know what it is, you can check with state and/or federal agencies or legal code / regs (agriculture, fish and wildlife) to see if the authorities have anything to say about that particular species. sometimes they will want to know about them so that they can come out and do a more thorough investigation. sometimes, you can just dispose of it, or leave it as it is.

Thank you! I’ll let iNat ID it for now, and keep it in a secure place.

No worries! This is a common native species in Arizona (genus Algarobius), it has actually been introduced to a couple places (such as UAE and Oman in the middle east) on purpose to control invasive populations of mesquite. There is no way it will survive in Rhode Island so no risk at all for becoming an invasive there because 1: No mesquite and it eats nothing else, and 2: Far too cold.

Thank you so much! I still have the beetle though, and it’s still alive. Are there any special procedures I should do in disposing of it or should I let it die naturally?

I would suggest freezing it to kill.

In general, I would also recommend not transporting plant material, including seed pods, long distances. Just like with firewood this type of transport can be a significant vector for insect/fungal pathogens, etc.

For a munute, I thought this was the “observations hiding in other observations” thread.

Thanks! I’ll keep that in mind next time.

It happened again! I got better pictures this time, do you think you can ID to species level? In the meantime, I will also throw this one in the freezer.

Just a reminder that the forum is not a place to ask for identifications on specific observations.