Putting a spotlight on some of the lesser known endangered species

Hello everyone! I have created this forum post to talk about and raise awareness of the endangered species that aren’t well known / not often talked about, where to find them, what is making them endangered, and what people can do to protect them. I hope we’ll get some interesting ones on here.

Smooth Purple Coneflower (Echinacea laevigata) - This species occurs in a handful of populations in Virginia, North Carolina, South Carolina, and Georgia. Historically, it also occurred in Pennsylvania and Maryland. It is threatened by fire suppression, poaching, and invasive plant encroachment.

Too many plants in New Mexico are narrow endemics - sky islands or specific geology - that could be ended by a big forest fire or extreme drought or expanded development. I’m thinking of Penstemon metcalfei, Sclerocactus mesa-verde, Mentzelia todiltoensis, etc.

On the insect side, Bombus affinis got federal recognition fairly recently, but our Bombus cockerelli and Sacramento Mountains checkerspot butterfly are rapidly going extinct without any public awareness. If you think I’m exaggerating, the survey crew for the checkerspot (USFWS, Forest Service, and staff/students from UNM and NMSU) found less than 20 adults several years in a row.

Endangered in Minnesota and throughout most of its range, the Blanding’s Turtle faces numerous threats. It’s interesting because fire practices have been mentioned already in multiple other posts as a contributing factor, and Blanding’s Turtle is also affected: “This species can also be adversely affected by prescribed burns. During fall and late spring hatchlings move overland and it is recommended that prescribed burns should be avoided during these times.” Other threats include unnaturally high numbers of predators, namely Fox and Raccoon and habitat fragmentation.

This species is " is of interest in longevity research, as it shows little to no common signs of aging and is physically active and capable of reproduction into eight or nine decades of life"! 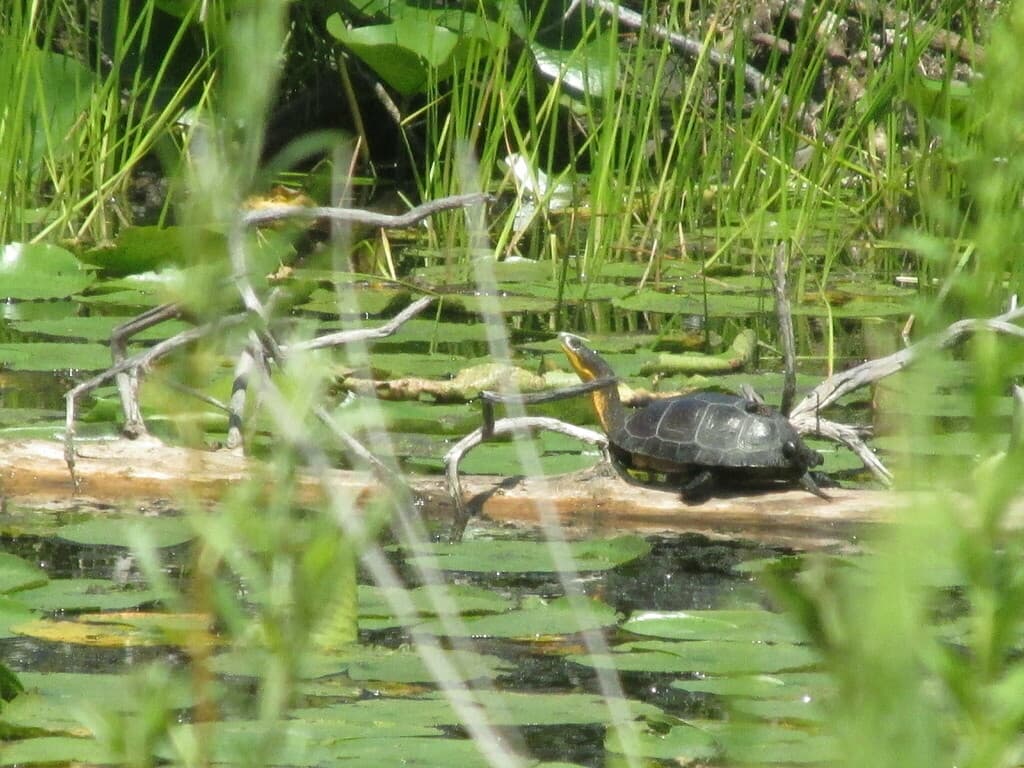 I only learned of the Kiyi and Bloater - two Endangered species endemic to North America’s Great Lakes - fairly recently, despite living near the lakes my whole life (and fishing in them!). It’s shocking how little these fish are talked about, I’d bet most Great Lakes fishermen have never heard of them.

I’ve been trying to get people around me to know about vultures, particularly African species. Though their plight is well-known amongst birders, but unfortunately the negative stereotypes rooted in them means that the general public is less enthusiastic about their endangered status

Interesting you should pick COAS (recently in the spotlight in NYT). This is a great example of a federally listed species with a lot of attention and funding (for a snail) that has almost no scientific support. No one has done any work on amber snails in decades, and they have always been an infamous taxonomic tangle, so it’s difficult to know if COAS is even a valid species. Of course don’t tell USFWS that or they’d be furious. :)

That being said, terrestrial gastropods are possibly the most endangered group of animals (hard to cite this because everything only looks at vertebrates…) for the reasons you’ve already given. Because they get so little attention, many don’t get official listings; many undescribed species would be considered critically endangered.

So keep getting out there and observing those snails! And if anyone has lots of extra money to fund research I’d be happy to go and figure out if COAS is a legit species. :D

Of course don’t tell USFWS that or they’d be furious. :)

terrestrial gastropods are possibly the most endangered group of animals (hard to cite this because everything only looks at vertebrates…) for the reasons you’ve already given.

Iowa Pleistocene snail is another. There is a section of Iowa known as the driftless zone, because geology reveals that the ice age glaciation somehow missed this area, although it covered all the surrounding region. This created a refugium for this species of snail, a relict of the Pliestocene.

This is kinda cheating since they’re vertebrates, and birds to boot, but -
The yellow-billed magpie (Pica nuttalli) goes through cycles of near-extinction and abundance due to their severe vulnerability to mosquito-borne illness combined with their penchant for nesting near still water. They’re one of my favorite animals ever because my high school’s park was chock-full of them, so I spent a lot of time listening to their chatter and laughter. They’re so beautiful and boisterous, but so shy around people.

Given that they’re native to the Sacramento valley and nowhere else, it’s no wonder most people don’t even they know exist, let alone how vulnerable they are.

In 2014 I visited Putuoshan on the Zhoushan islands near Shanghai in China. There I learned about the Putuo Hornbeam (Carpino Putuoensis), a small-ish tree of which there is/was only ONE left in the wild. People have been trying very hard to cultivate offspring, with at least some success. I don’t think I took a picture of it unfortunately.

Wow, that is crazy. I hope we can bring this tree back from the brink.