What is your Favorite Lifer from this week?

Friday was awful weather - it had rained for the whole day on Thursday (actually quite welcome, but not just NOW, when I wanted to participate in the bioblitz about butterflies and moths in Iberia. It suddenly turned cold and nothing was flying… so out of boredom or frustration I peeled off some bark of sycamore trees in a park. And there were those tiny points - just visible with the eye - and moving. I checked what my Olympus tough would see - and was absolutely amazed: zebra-striped springtails!! 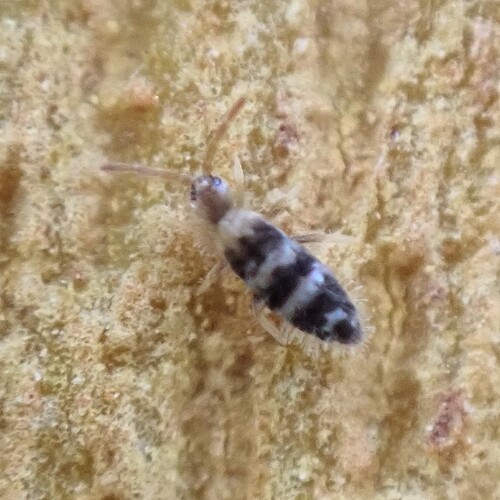 Nothing but invasive plants this week. 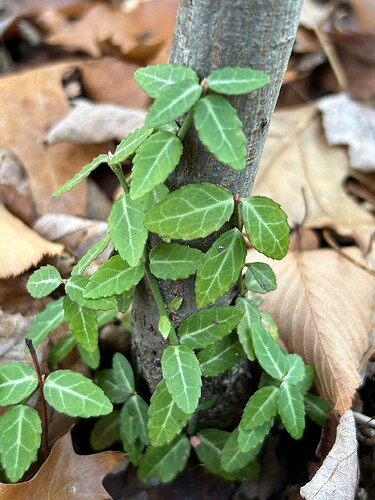 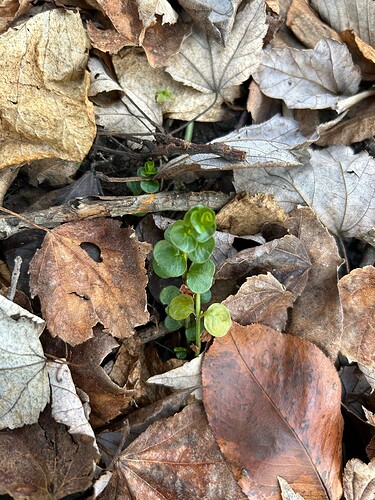 Friday was actually a great duck watching day for me. I saw my first Green-winged Teals! Three were from the American subspecies, while the forth was from the Eurasian subspecies. You can distinguish the two by a white stripe. American has a vertical white stripe by the breast, and Eurasian has a horizontal white stripe on the wing.

They were very small and didn’t really interact with the other waterfowl. 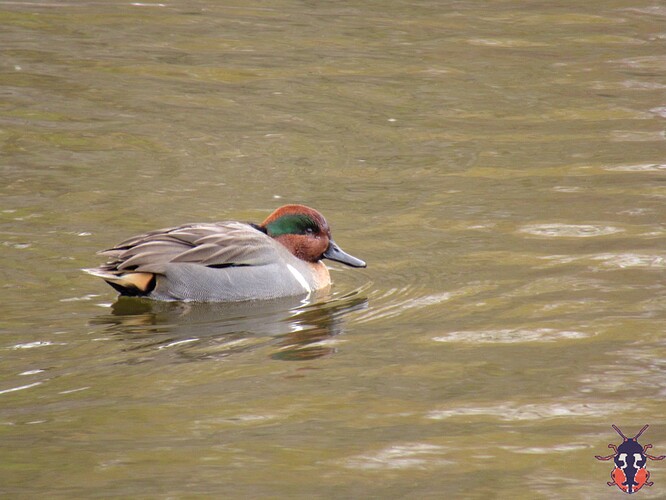 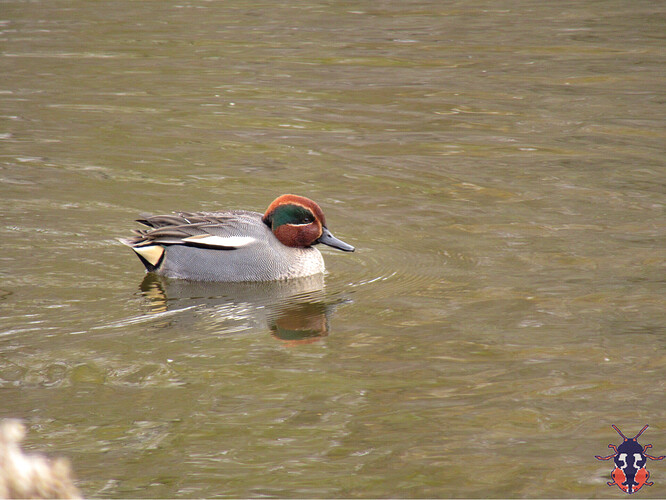 While not lifers, there were some other interesting occurrences. I saw a Wood Duck in breeding plumage for the first time, a Mallard drake courting and mating (odd for late fall), and a Canada Goose with white feathers on the top of its head.

Great stories on your obs, too!

Thank you! I had fun writing them. 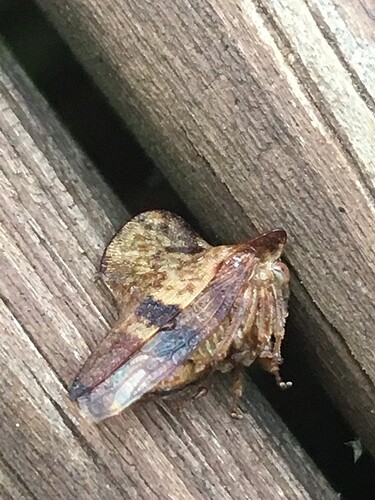 …and this Buttercup Oil Beetle https://www.inaturalist.org/observations/142540146 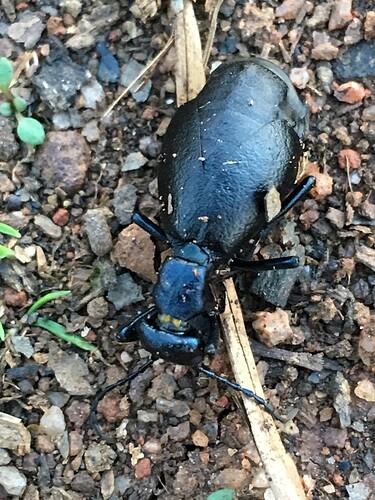 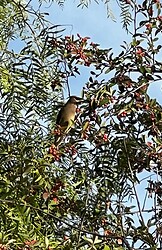 I thought I wouldn’t have any lifers for a while with all the flowers gone for the season in Ohio, but I started closely examining cliff walls and tree bark lately as I walk past - and there’s a whole new hidden world of wonder there. Two new to me species from the past weeks: 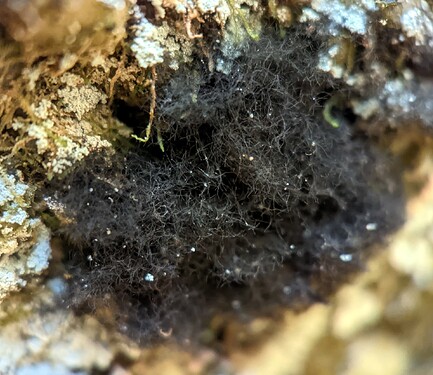 A tree-growing moss, probably Orthotrichum genus (but the entire Orthotrichaceae family is a lifer for me), with very festive golden trumpets: https://www.inaturalist.org/observations/142629132 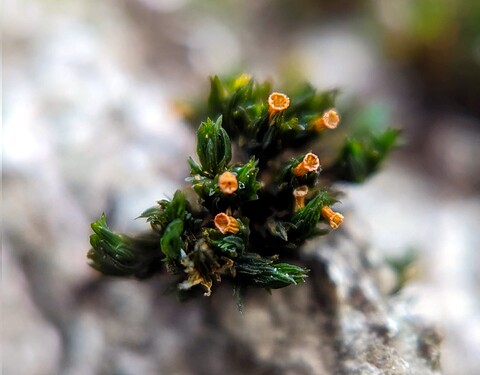 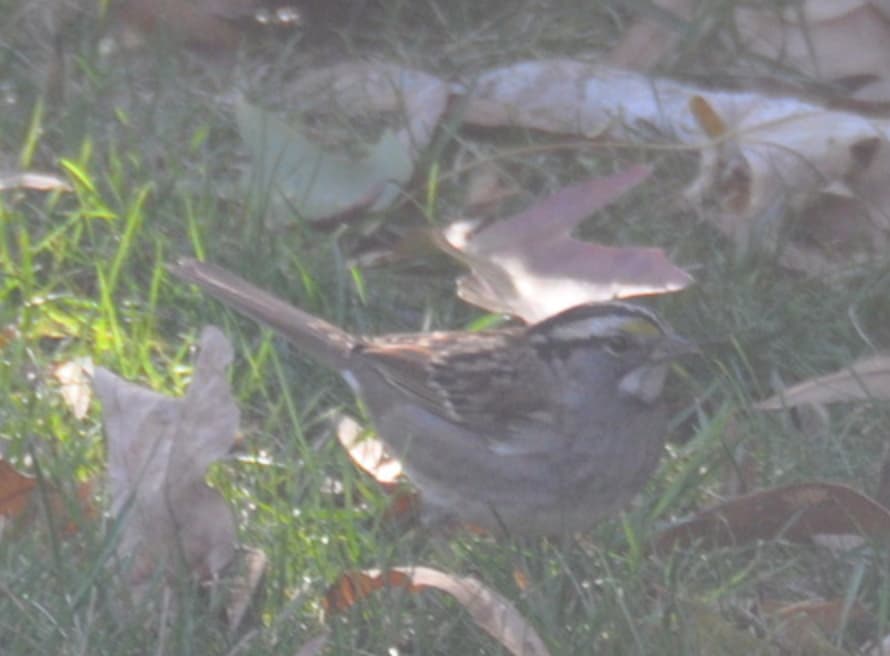 My friend in Iowa broke her ankle, so I went to stay with her a while and be helpful during her recovery. I arrived to subfreezing temperatures and snow on the ground – very difficult for me having lived most recently in the Bay Area. Through her window, I saw this little one: 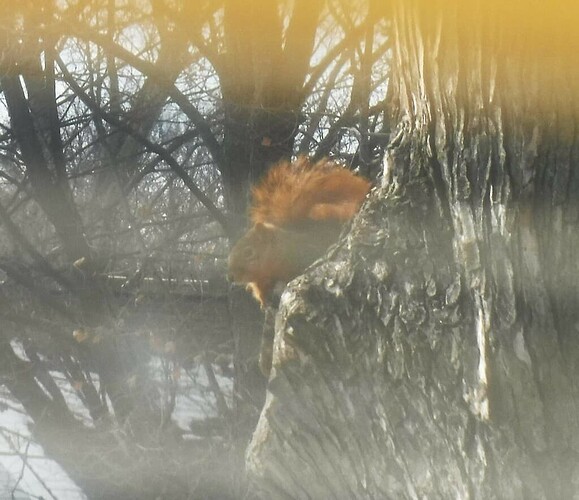 image1024×884 74.8 KB
The species isn’t a lifer – fox squirrels are introduced in the Bay Area, and I have seen the nominate subspecies in Georgia – but this subspecies, Sciurus niger rufiventer, the western fox squirrel, is new to me.
4 Likes
mackieroni November 26, 2022, 2:14am #801

Finally found one of the more elusive stereums in NA! 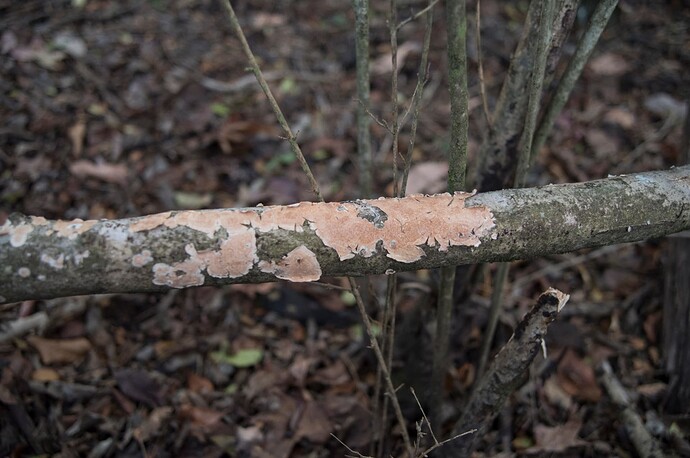 Okay, here we are. Two days away from my six-month iNat membership point, and despite my misgivings about the seasonal end of all things tiny out there, I’ve had more luck than I thought I would with extending my sightings!

In fact, just a few days ago, I spotted this on an oak tree trunk: 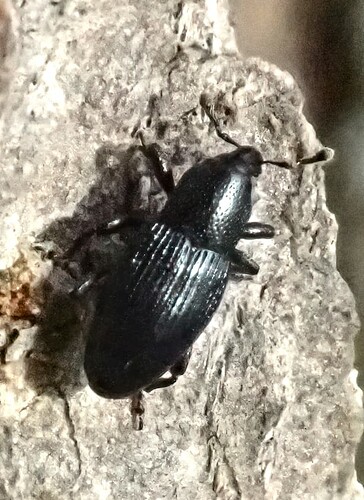 Looks like a UFW (unidentified flower weevil). I’m still trying to ID it, but it was a thrill to find something still moving about after a snowfall, and a very frosty week out there.

Oh, and now I’m working my way into winter birds, since I’ve got a new zoom cam.

The common merganser I’ve spotted enough times, but this was the first one I was able to get a decent shot of. 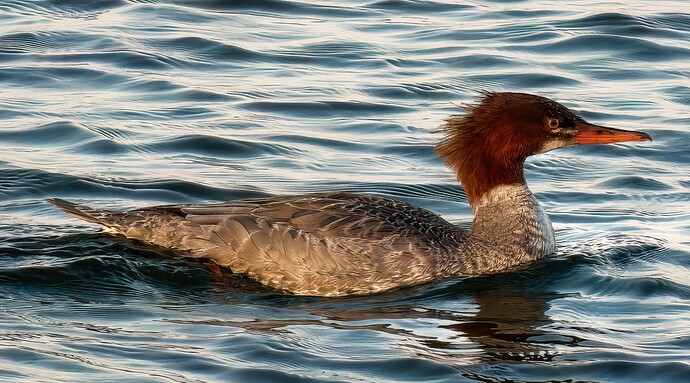 I’m feeling a bit better about facing the season of bleakness. What’s that saying? Life goes on? It sure does.

The winter is natures way of reminding us to relax.

We busy ourselves with work and holiday chaos, consumerism, parties.

But its okay to pause. Its good to take a break and relax, hole up for a bit. Winter is nature gently reminding us of this :)

Winter is nature gently reminding us of this

I might take issue with the use of ‘gentle’, but otherwise, yes. (Being Canadian, I think of it as more than just a ‘pause’ though. We are God’s Frozen People.)

Hahaha fair enough.
I grew up in Michigan so i kinda get it. I adore snow but not for 6 months! Now in Alabama, if it snows the world shuts down and we can enjoy it: and freak people out that we can yes, drive on it

While diving today, I found this Spotted Moray 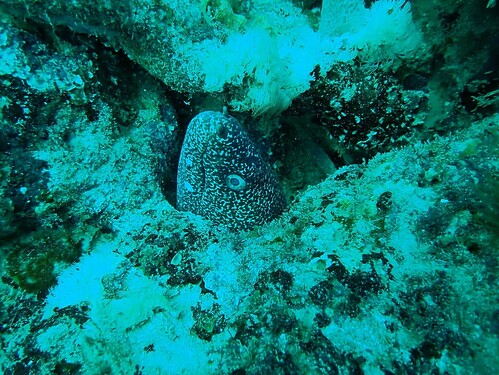 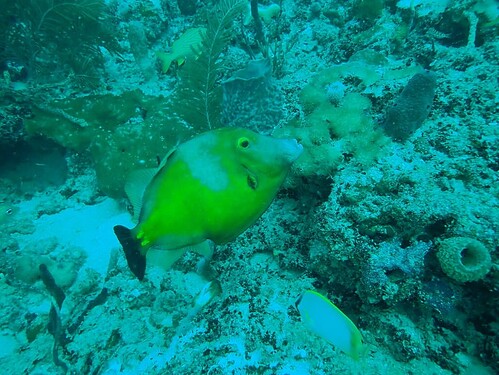 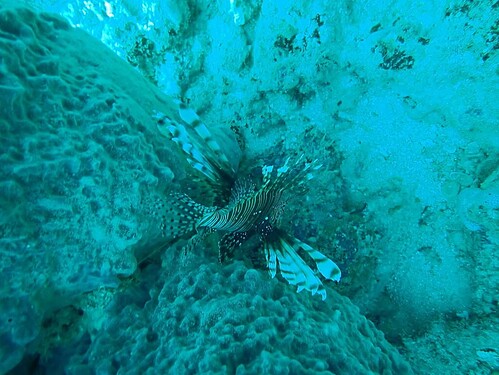 heard extremely close (<5m away) after we parked our vehicle last weekend.

Heard at least 2 more, so sick.

There’s only one more antpitta in the region we haven’t observed!