What is your Favorite Lifer from this week?

It’s been 3 weeks since my last post here, so here’s my favorite 3 lifers of the past 3 weeks (I think they are separate species at least, and species I have not seen before, but lichen id is still a bit of a mystery to me). They were all on trees within 10 miles or so of my apartment - but just like on my Europe vacation 99% of yellow lichen I saw turned out to be Xanthoria parietina, here in central Ohio 99% of yellow lichen are Candelaria concolor. So it just takes finding and examining 100 of them for a chance to see one of the less usual ones 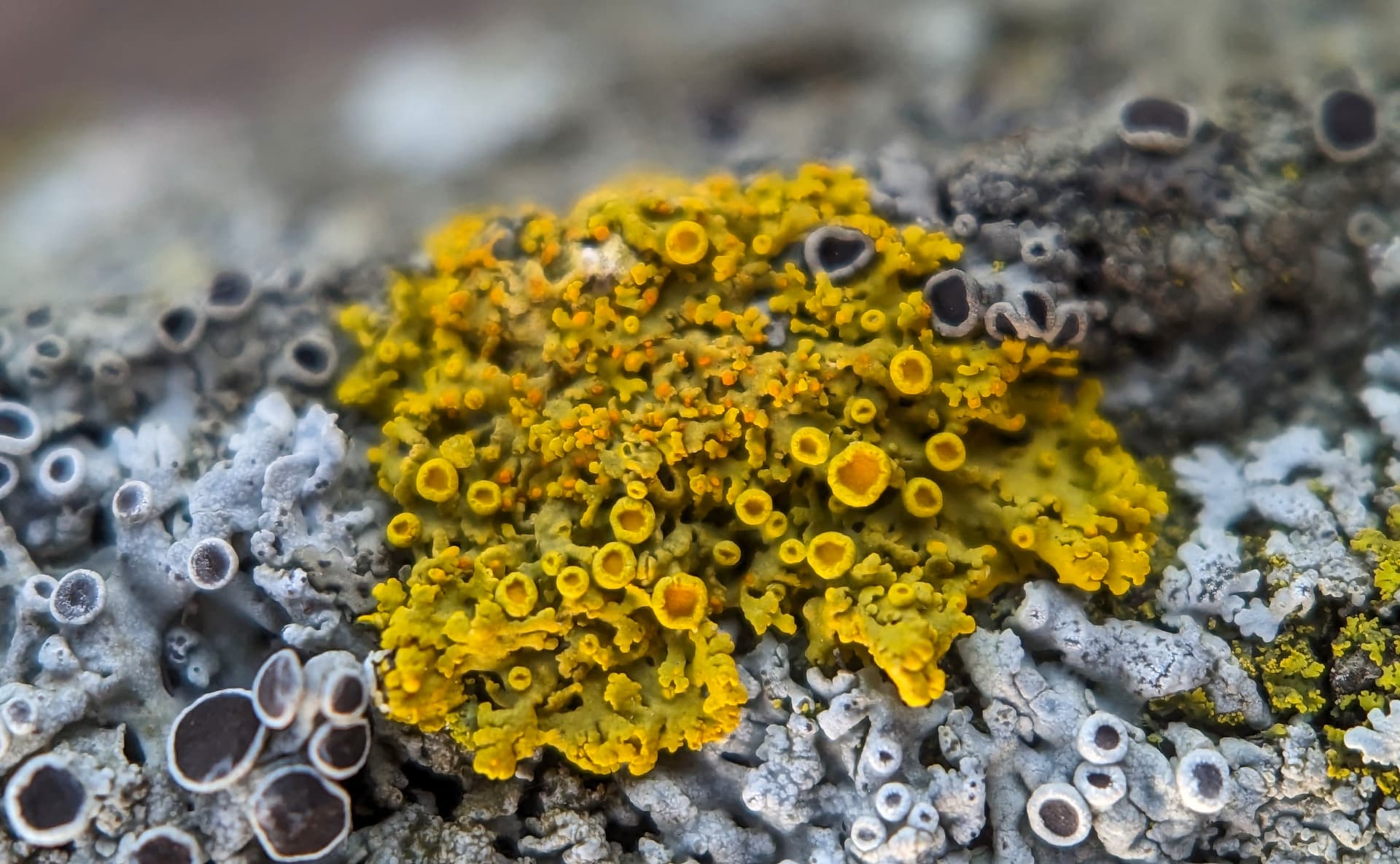 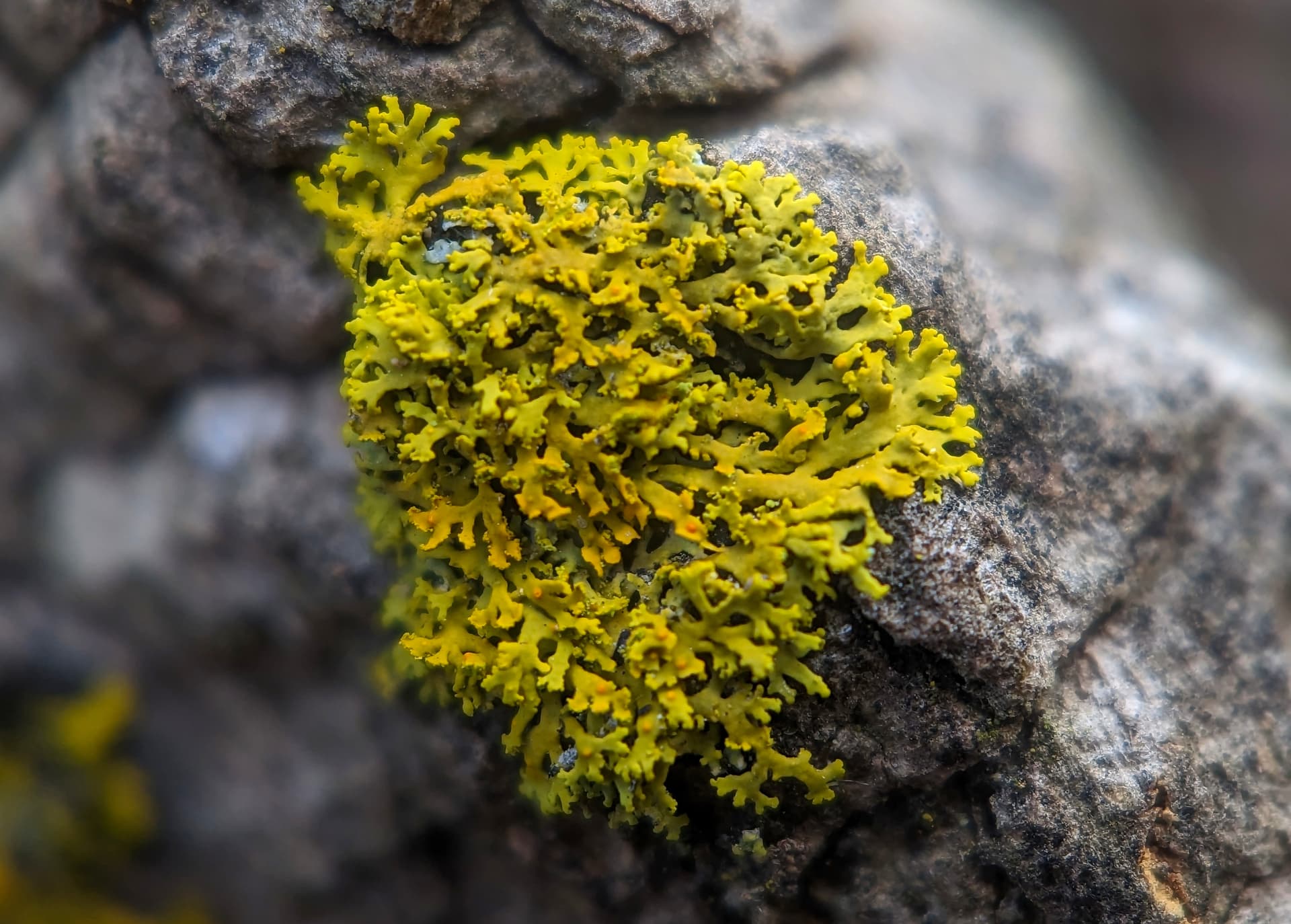 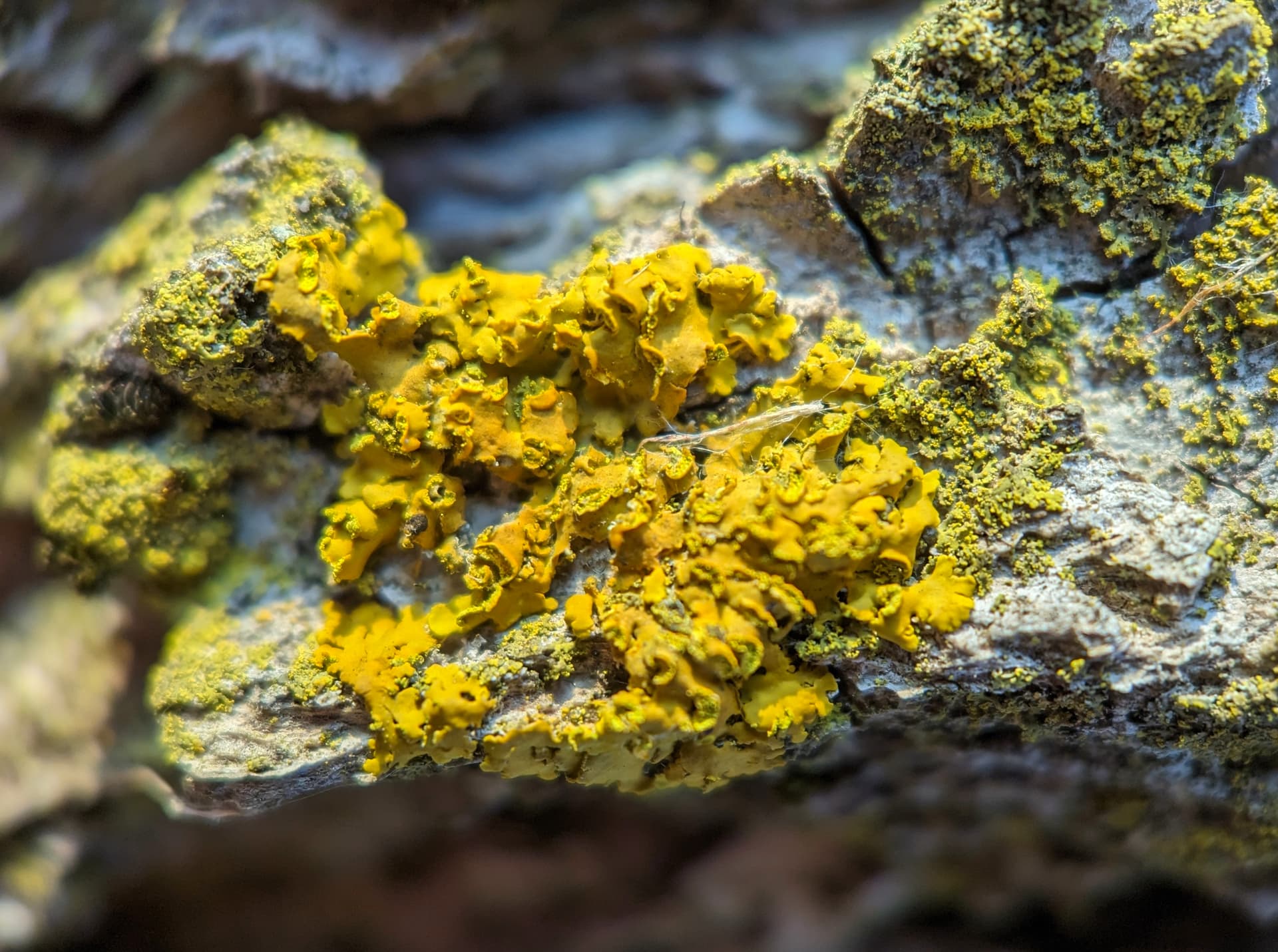 On Wednesday, I decided to go out to a small park that sits right next to a train track. It’s an interesting place and barely has any observations on iNaturalist. So I took it upon myself to document what I find there. Day 1 was exciting, with a few notable lifers.

Firstly, there was this Pixie Cup Lichen species growing on a fallen post. I’ve never seen anything like it and is a first for the local area. At a certain angle, it looks like an organic city! 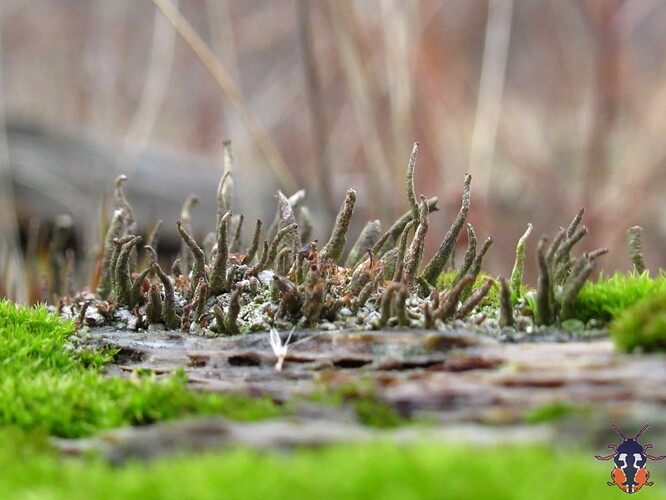 Next, there was what I call, a “Black Spaghetti Plant”. It has a very interesting appearance with black spaghetti-like structures shooting off in different directions. The plant also had a fuzzy stalk, which reminds me of a sumac, which it grew beside. An ID would be great! 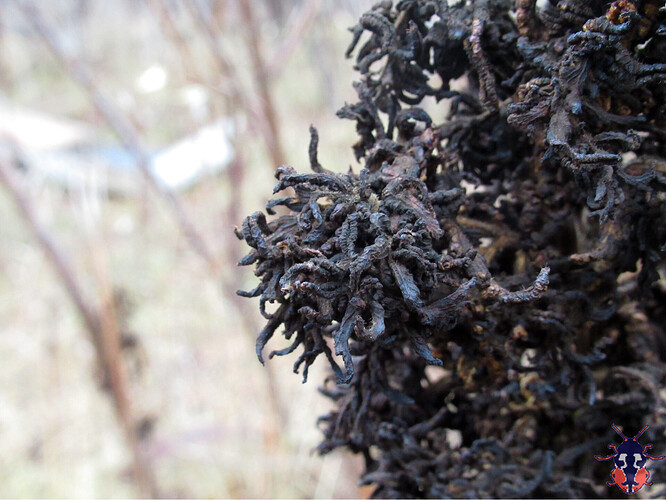 Could be a frost-blackened Eriophyes rhoinus infection, perhaps. I’m not an expert on these things, but here’s my observation of what I think might be the summertime appearance.

Hey, didn’t realize you were so close to my neck of the woods (Niagara Region). Howdy neighbour!

Howdy! Thanks for the suggestion.

That Pixie Cup looks like something drawn by Dr. Seuss. Amazing!

The CV suggested “Sidewalk Firedot,” and i agree that it does look like that; but I don’t know the genus well enough to rule out other species: 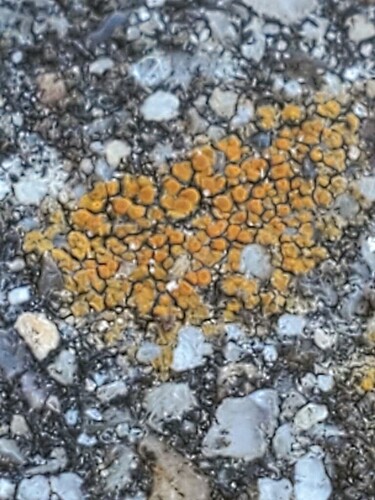 image768×1024 89.5 KB
I like this one because it shows the hidden life around us: it is out in the open on the sidewalk, but so small that people can easily walk right over it without ever seeing it – in this zoomed in picture, you can see the individual pieces of gravel that make up the concrete. That might explain why the entire genus is a Greenville first (if I have the genus right). Genus Xanthocarpia from Uptown District, Greenville, NC
5 Likes
elias105 January 25, 2023, 4:27am #855

Yeah, lichen are absolutely mind blowing to me right now - this entire hidden world I had no idea exists. I spent an hour today just examining a large rock at the side of the parking lot - it was covered in 100ds of lichen (including some Xanthocarpia according to the CV). I always thought bare rock is an area devoid of life but it’s covered in it…

Sadly found it dead in the backyard (had to blow a few ants off it…), but otherwise may never have seen one:
Petalura ingentissima, apparently overall the largest dragonfly species on the planet! It just gave me a sense of awe holding it and seeing such intricate beauty at that scale. Amazing (it’s also endangered, which makes me extra sad that it was dead). 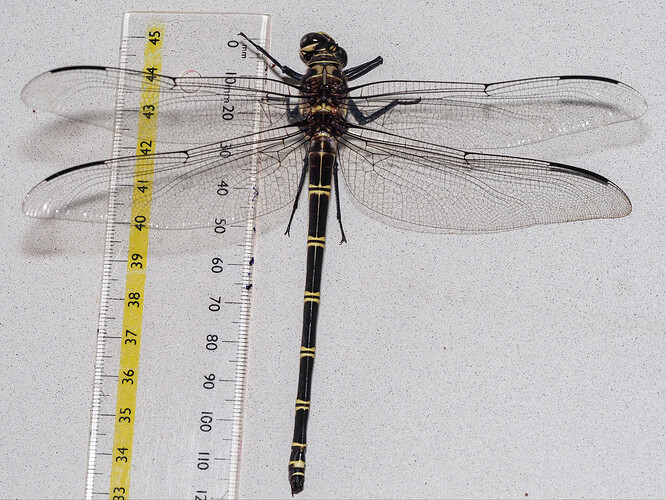 That’s so cool! I once found a dragonfly that had unfortunately passed away in our driveway last summer, but I didn’t take a photo of it because I didn’t want to look like a weirdo taking pictures of dead insects.

Hey! Many of us are that kind of weirdo here - go right ahead and photograph dead insects whenever you want!

Today I saw a lifer which could easily be the favourite of the year: Something crash-landed behind some bushes and I heard screaming - a sparrowhawk with prey! 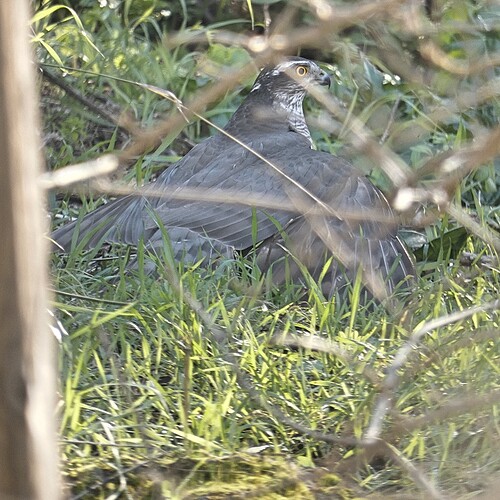