Could one person observe all living animal families?

I woke up asking myself a simple question, “Could one person observe all families in Metazoa?”

Encyclopedia of life says that there are:
8933 families of Metazoa (Animals)

So…is it possible? I don’t see how it could be considering that many (most?) families are probably quite rare.

If it’s not possible then could any person do all orders? That seems like maybe it’s doable to the point that many people have already achieved this. What do you all think?

Without knowing for sure, I’d say even orders could be tricky given there are presumably esoteric orders only found around deep sea vents/similar extreme environments

Interesting question!
It would certainly not be easy (or cheap), and would involve some pretty extensive travel. If you had unlimited financial resources, it might be possible.

You’d probably have to exclude any family that is likely extinct - there are quite a few that haven’t been spotted in the past few decades, especially among insects.

And I’m not sure how possible it is to get all the deep sea creatures - stumbling across some of those might require a lot of time, luck, and a very expensive underwater robot.

This is a bit different, but for what it’s worth, I’ve been trying to observe every vascular plant species recorded to occur in my county, and even that is surprisingly difficult. It’s only 828 square miles, most of it has pretty good public access and nature trails, and there’s under 2k target species. I’ve been casually observing here for years, and actively working from a checklist for the last year, and I still have around 600 to go.

So speaking from that experience, I want to think it’s possible to do what you’re asking about, but I kind of suspect it isn’t.

Just finding all different worm orders could take a life if you don’t have tons of money with all the parasites, deep ocean ones and so on.

@roach_brain You can join the topic on observing every flowering plant family, which is a lot and also not really achievable, but at least checking all your local plant families is a good work!
Many insect families were found ones and never after, there’s a beetle that was found accidentally and nobody knew how it got with other insects in a catch, but here it is, a new family.

There’s only 891 plant families on inaturalist right now, sounds at least a bit more doable!
[edit] any only 417 flowering plants

I made a spreadsheet, def not gonna be the one to see them all!.) 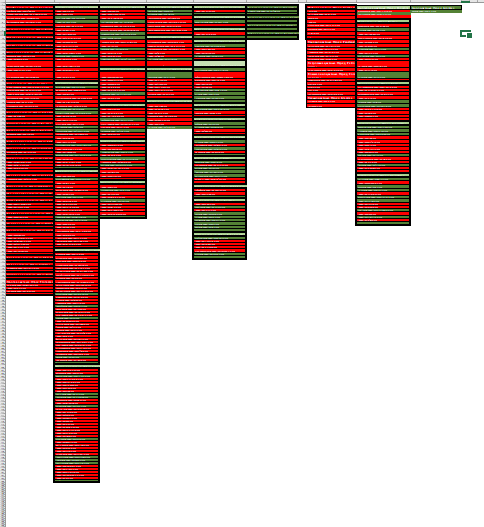 I think if you were unimaginably wealthy and completely committed to this, willing to pay hundreds of people to find these animals for you to see, then maybe it would be possible to get past the 90% mark.
There are very very few people in the world who are that wealthy, and they don’t care about biodiversity

Impossible. Even if you had unlimited money, there are some animal families that consist of one species that is nearly impossible to find i.e, the baiji dolphin is monotypic to its family and is still technically extant, although possibly extinct. There are also microscopic parasitic rotifers and nematodes that are only found at depths of below 6000 meters.
For the plant families, that is more doable, but still likely impossible due to the sheer number of species and how many families are little known and difficult to find. Even for birds…good luck finding a melampitta.

Where is the observing every flowering plant family topic?

Hm, can’t find it, but there’s this “easy mode”: https://forum.inaturalist.org/t/anyone-have-all-eight-kingdoms-gotta-catch-em-all/23744

@Marina_Gorbunova I have a project, https://www.inaturalist.org/projects/yayemaster-s-missing-plant-families, where I track the plant families I am missing. I only have 26% of them though!

What are the columns? The 5th looks quite green and the 6th all green…

They’re divided for dicots and monocots into two groups and then in columns depending on how many families in the order there’s left to see, first is “all”, 15 or more, 14-7, 6, <5, “everything seen”. I actually marked 3 more families from my spring trip, but it doesn’t make much difference with so many tropical families that are just not found anywhere near.

assuming you found 1 family per day on average, with 9000 families, that would take about 25 years. i don’t think it would be impossible, but it would take a lot of time and resources, and you would have to really commit to such an effort. i suspect it would be a very lonely pursuit though. i mean, you would definitely have to hire staff and guides to help you achieve the goal, but with the need for constant travel and such, i doubt you would have time to do the typical things that most people try to do, like raise a family, etc.

Observing all would be very hard since some groups are rare or restricted to areas where people cannot access easily (Mainly deep sea), however I have been hoping to observe at least 50% of all families in my life.

On a different database (igoterra), which doesn’t require images/audio for observations, it is possible to see rankings by family. The top person has 1510 families (Jonathan - UK), and there are 14 observers with over 1000 families. [I’m on 1092 but haven’t updated for a while]. igoterra is probably mainly for keen bird twitchers but there are some very good naturalists on it as well.

I think that this gives a measure of how difficult it is to get high numbers of families.

It would be interesting to compare the figures from igoterra with iNaturalist. I haven’t the time to
do it at present.

Depending on your day job … I have been following @botaneek with interest. For him it is both paid work, and then deliberately seeking out threatened and endemic plants.
https://www.inaturalist.org/people/703316
He is heading briskly to 9K species. Active and helpful on iNat. Win win all round.

I think the most important problem would be the definition of which families are considered to be “valid”. I don’t know about botany, but in zoological nomenclature there is no formal authority to rule about the status of taxons, which means that many taxa are ranked differently by different authors/checklists. It is common that some are considering a bunch of related taxa as subfamilies of a broader concept of a family (which would reduce the number of families to observe drastically, because these broad concepts are usually incorporating many small or monospecific families), while the contrasting view is to elevate each of those to family rank.

I think if you stick to the concepts of the so called “splitters” (taxonomist with a tendency to split, in contrast to the “lumpers”), the number of 8933 families in metazoa might be too low.

the number of 8933 families in metazoa might be too low

Given that it’s estimated that the majority of species are still undescribed, there are likely some families that have not even been named yet. Meanwhile, others are going extinct, as @yayemaster mentioned. So the goalposts would be constantly moving.

10 observers have all 252 bird families

As nyoni-pete showed, there are birders who have seen all of the world’s bird families, but typically, doing so takes decades of travel. A web search finds an interview with a man on a 30-year quest to see every family of vertebrate animal (see Episode 1 here).

Obviously, any such quest would involve burning an insane amount of fuel, and contributing disproportionately to climate change, which now that we know what excessive greenhouse gas emissions are doing to the biosphere, isn’t very defensible from an ethical standpoint. A challenge of observing every family found in your county, along the lines of @graysquirrel’s plant species challenge, would seem like a more ethical but still very rewarding objective.

There is a movement now amongst birders for low-carbon birding, which can mean different things for different people, but runs in the opposite direction from jet-setting around the world to accumulate the longest possible life list. As someone who has traveled a lot in the past and now lives in a highly biodiverse country, I don’t begrudge anyone the possibility to travel to exotic places, but there are great rewards too in building a deeper relationship with where you find yourself.