Did you spread your love of nature on Halloween? Example: my E.O. Wilson pumpkin

Do you use holidays, particularly Halloween, to spread the love of nature? How has that worked out? Here’s an example to start the discussion.

I love carving Halloween pumpkins that tell a story. This year, I carved a portrait of the great biologist E. O. Wilson. He wrote Half Earth: Our Planet’s Fight for Life. In it, he calls for preserving half of Earth’s surface for nature to ward off mass extinction. To illustrate that point, I set an uncarved (wild) pumpkin of roughly the same size next to his portrait pumpkin. 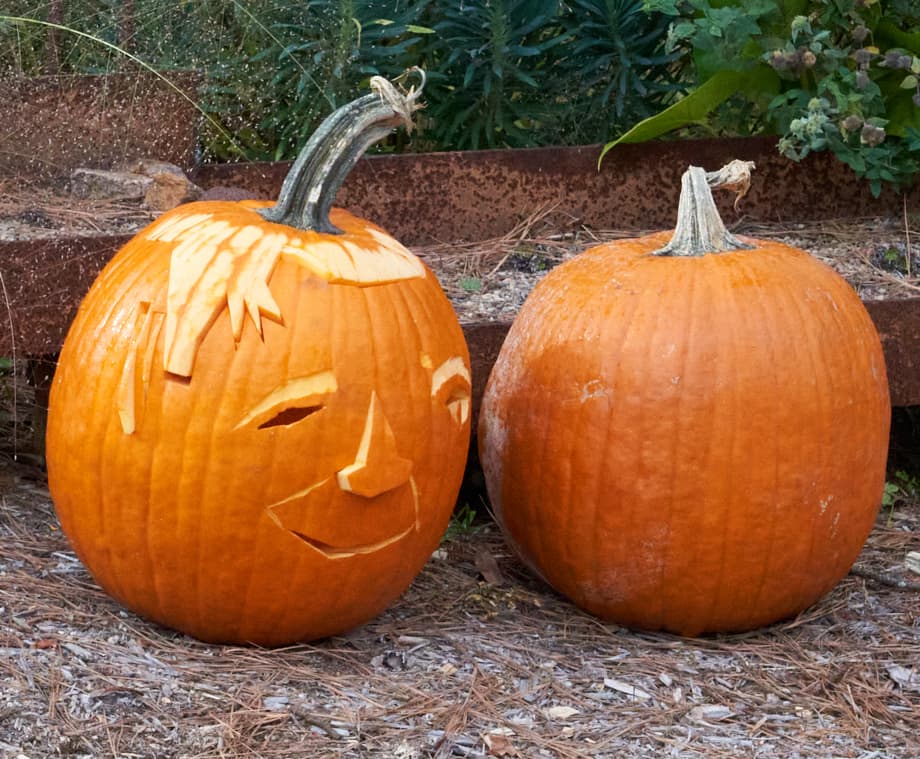 Because Dr. Wilson was the world expert on ants and devoted to biodiversity, I carved three ant “species” to keep him company. 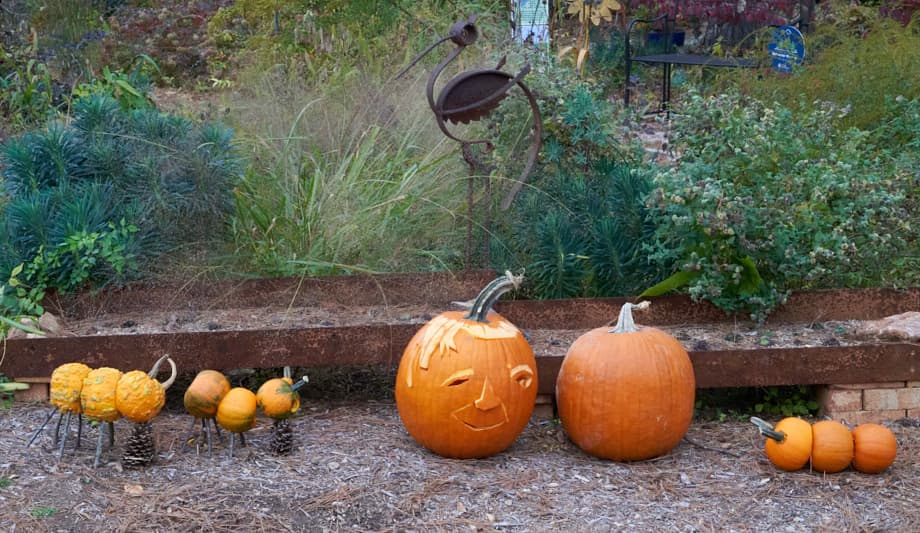 Most of the good conversations happened while I was setting up the display. (The ants were tricky!) Three girls who were about eleven said they wanted to hear the story behind what I was doing. We had a good discussion about Dr. Wilson, his Half-Earth theory, and ants. One of the girls asked if the pumpkins were my idea, and said “cool” when I said it was. A woman took pictures and typed E. O. Wilson into her phone. For our neighborhood Halloween parade, I dressed as a Monarch butterfly, so that sparked a few other science-themed talks. The crowds mostly just went for the Oreos that I was giving out, but some adults stopped to chat.

I also posted photos on Facebook along with links to Wilson’s talks that I’d listened too while carving, leading with Advice to Young Scientists.

Will any of these contacts inspire anyone to learn more about Wilson or biology? Who knows! But I had great fun doing it. And as David Mitchell wrote in Cloud Atlas:

My life amounts to no more than one drop in a limitless ocean. Yet what is any ocean, but a multitude of drops? 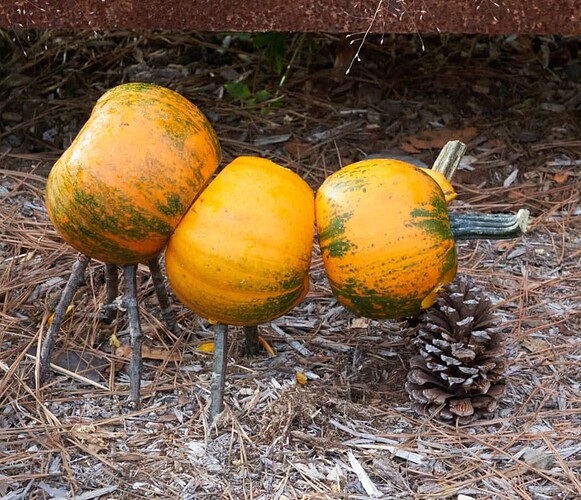 Have you done anything like this? Do you do it to connect or just for fun?

Very cool!
A few years ago, when I was teaching English to Spanish kids, I made those bats out of toilet paper rolls and black cardboard. Of course I told them a bit about bats, that they are not scary, but cool and eat mosquitos… 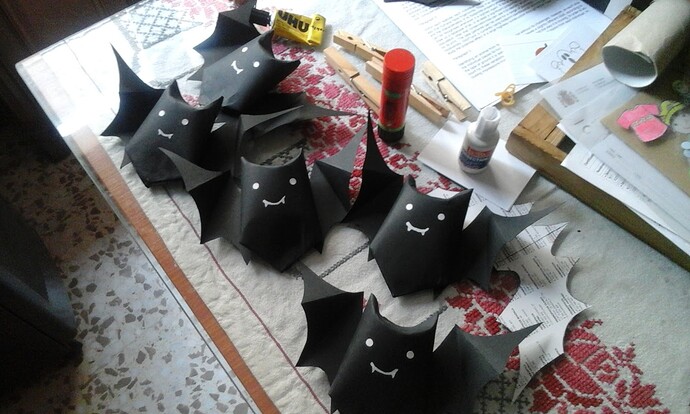 Adorable! So good that you worked their relationship to other beings and even personal benefit (fewer mosquito bites) into the lesson.

A few years ago I carved the shape of a Roseate Spoonbill into a jack-o’-lantern.

For two years, I left alone the microbiome of orb weavers, harvestman, jumping spiders, and fishing spiders around my home to see what would settle there. A week before Halloween, I get a fine in the mail from my HOA for not clearing the spider webs around the front of my house… not very festive of the Association. One would think this would be the best time of year to appreciate spider webs.

Still haven’t been fined for the mess of a native plant garden in the front, thankfully. So, for Halloween, I botanized the hallow out of the area surrounding my home and found several species I had not previously seen in the area. These species may not be rare, but it means a lot to see a retention pond dug 20 years ago slowly restore itself with minimal intervention despite the proliferation of Lonicera maackii, Phragmites australis ssp. australis, and Phalaris arundinacea. I found Ammannia robusta, Eclipta prostrata, Elymus villosus, Eupatorium altissimum, Oenothera oakesiana, Scutellaria lateriflora, and Smilax lasioneura. Again, nothing earth-shattering for the region, but the area is essentially unmaintained suburban lawn. The project recording my progress surrounding the pond is here, for those interested: https://www.inaturalist.org/observations?project_id=99116&subview=map&verifiable=any

I have never seen E. O. Wilson connected w/ Halloween before - but your creativity is terrific and
he would have been amazed at the connection with his work.

Im all about the bats. I have noticed past two years a lack of batty decorations which is a shame because i could always find them this time of yeae before so I wonder if (sub?)concious covid blame on bats is to blame.

But anyway. Not a costume just advantage of season i dress like this as soon as Mabon happens lol 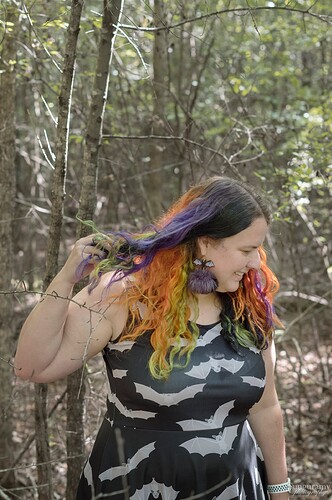 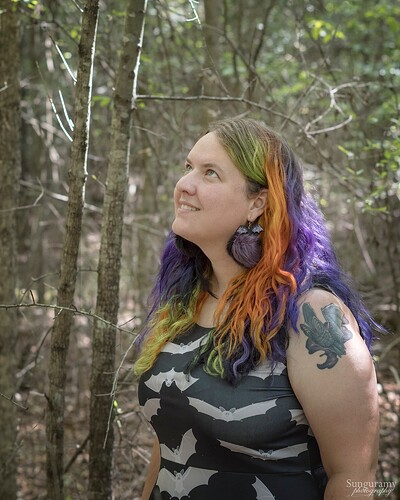 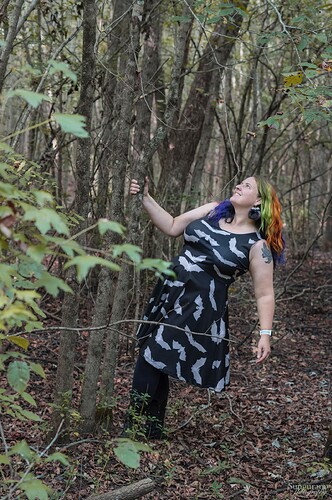 Wonderful! I’ve been thinking about places to wear my Monarch wings other than the Halloween parade. You’re an inspiration!

I dress as a forest fae a lot too.

Who cares, be you :) Interestingly hanging out with steampunk friends taught me that (i love the asthetic but its not sensory friendly to wear, but the culture of it at least that my friends have is awesome!)

Like seriously you dont need a reason other than you want to :))

LOL and thanks! Love the song! I knew I’d find my peeps on iNat.

Well, I am not really used to halloween. Where I am from (location and time) this was just not a thing at all and I am generally not much into all kinds if festivities…

But working with kids from a culture where all this is very much a thing, I put my own ideas aside and go with the flow… this year, I participated like this… the whole upcycling decoration thing was actially a lot of fun 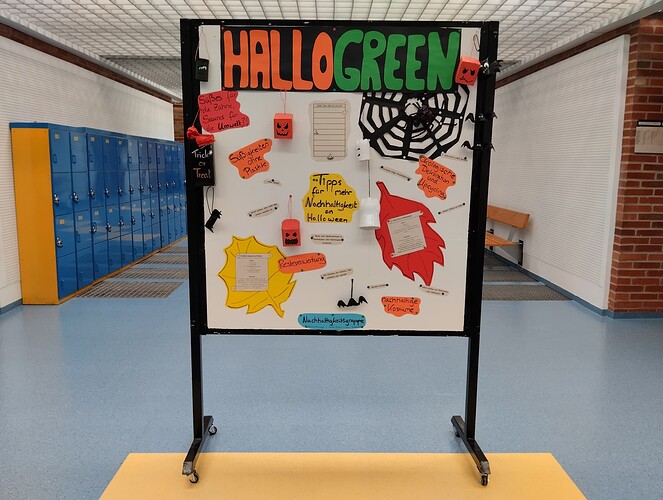 Next stop - christmas… my least favourite holiday, but great for thinking about all colours of sustainablitity

I’m at a wolf sanctuary and we carved some pumpkins for the animals.
One of mine had an ‘anatomically correct’ wolf skull on it.
Pics 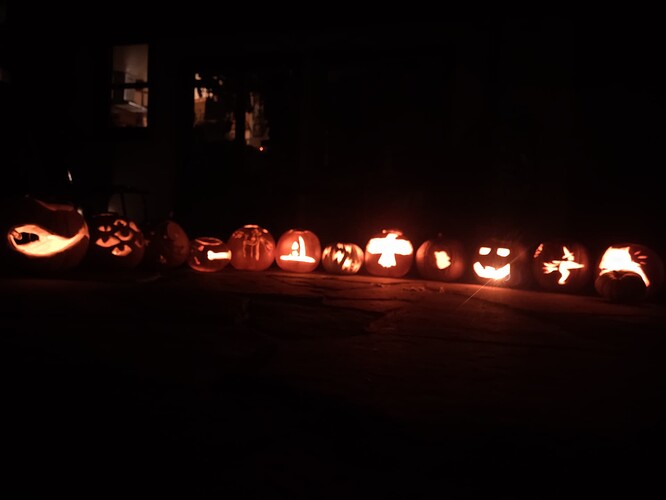 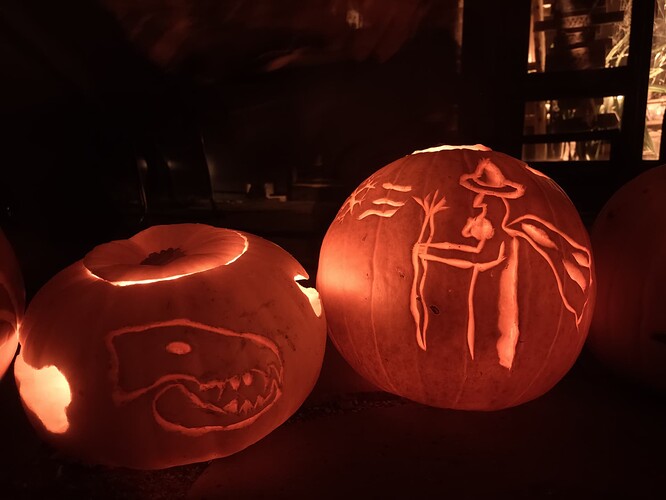 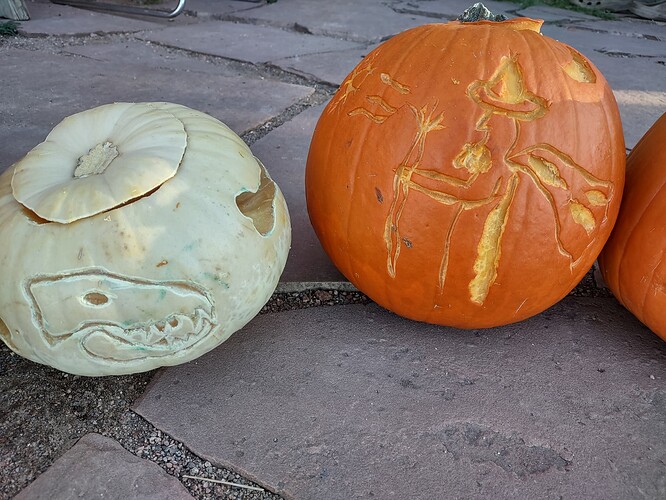