I don’t know yet if this is a bug, or if I’ve misunderstood what all of the various time-related fields are in observation records, so I’m not filing a bug report yet. But there seems to be something fishy in at least one observation record …

I’m following up from a discussion on iNaturalist Discord with the observer of this observation:

The user edited the observation and then wondered why the time stamp on the observation didn’t change, even though when they go to the edit page, the new value shows. I examined the record from the API and see an inconsistency here: 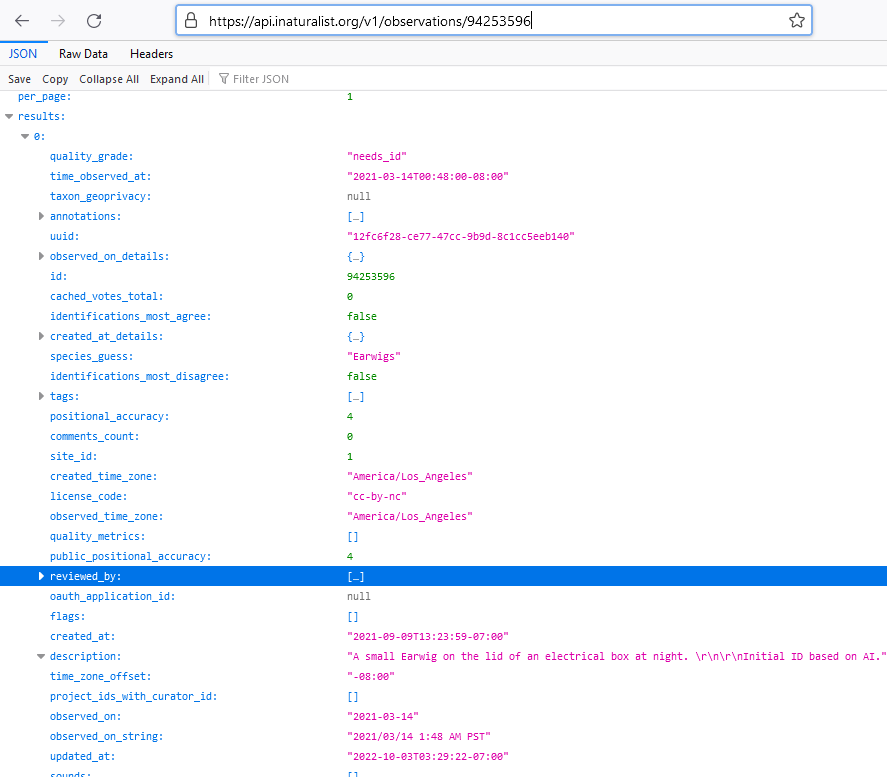 After their edit, they were expecting the time on the observation page to be 1:48, which is how it looks on the edit page. However, it appears as 00:48 instead:

I can’t furnish a screenshot of the edit page as this is not my observation, and I never asked for one. But the API response says it all.

Later, they said “I triple checked the time and found that my laptop was showing the wrong time when it told me the photo was taken at 1:48am, so the original time was correct anyway.” So I’m not following up to help them fix their record now, but to satisfy my curiosity about a potential bug.

Can the difference between time_observed_at and observed_on_string be explained as a thing that is allowed to happen, or is this a bug? Maybe something funny happening with auto-timezone here?