This issue has been going on for a while with me. I will make an observation, and the time observed will be automatically set from when the photos were taken. Then I upload it and after a little bit it will be set to some random time. Like from 3:25pm to 5:25am. I doubt I would be searching for Jumping spiders, a diurnal type of spider, at 1:30 in the morning! I’ve even had it jump to some random time in the future, sometimes dates are effected too.

App version number, if a mobile app issue (shown under Settings or About): 3.2.4 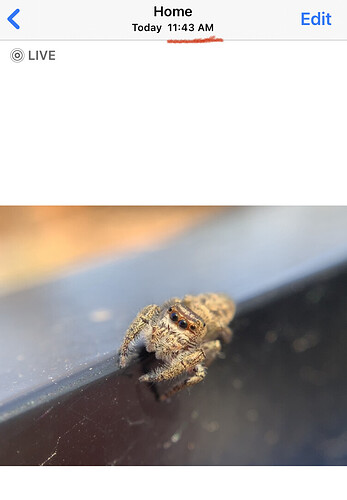 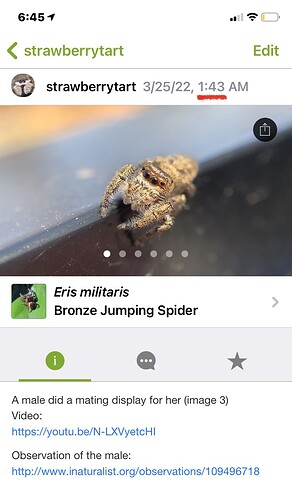 (Time then is messed up)

Step 6: come back to see the time is back to being messed up

The time zone setting is under Settings/Account on the website.

Yes, the pattern would match a timezone issue given only the hour is changing. Guessing but I wonder if the time shown on the uploaded obs is the local time at the location of the iNat server.

I’ve just had a look at Strawberrytart’s observations. most of them are obscured, but a few of them have the time of observation visible. And they are all shown as “UTC” time zone. Given that they are in Texas, the time zone should be UTC-5 or -6. That wouldn’t explain a 10 hour difference between the time variations they are seeing, but it would be worth fixing anyway.

i think this could be explained by 2 x -5:00 offsets. based on the screenshots above, it looks like the user intends for the time of observation 109493783 to be 11:43AM. the observation is recorded in a location that would be in Central Daylight Time, which is 5 hours behind UTC. so suppose that 11:43AM is interpreted as UTC, and there is an attempt to record it instead as 6:43AM CDT (to match the time zone of the device?). but then suppose 6:43AM gets interpreted as UTC instead of CDT, and the app tries to convert and display the time as 1:43AM CDT.

@Strawberrytart – if you haven’t done so already, please check your iNaturalist account time zone settings, and make sure you’ve got it set to Central time instead of UTC. that might prevent problems going forward, though it may not address the existing observations that have issues.

I checked, and my account was under the wrong time zone! I use a combination of website and app, and I only upload observations on the app. So I never saw the time zone thing. I set my time zone, and uploaded an observation and the time is correct! Thanks for your help!

But, I have 259 observations that I checked and all of them have incorrect times.

I must not have noticed that this has been happening ever since I joined, as the time appears correct until uploading. What should I do? I don’t remember the exact times I observed them, do I make a best guess? Or maybe Set them all to a reasonable time the species would be seen? 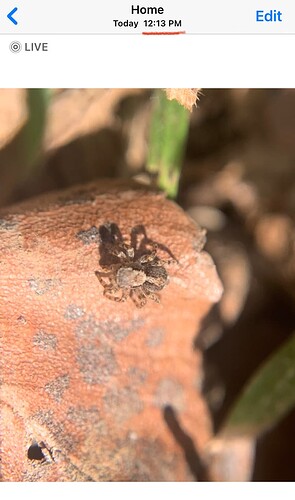 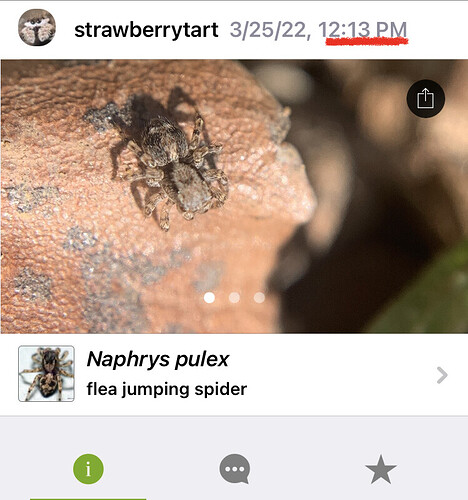 What should I do? I don’t remember the exact times I observed them

when you look in the app at the observation in your original post, do you still see that it shows 1:43AM as the time?

Yes it still does, but weirdly, on the website it’s a completely different time? 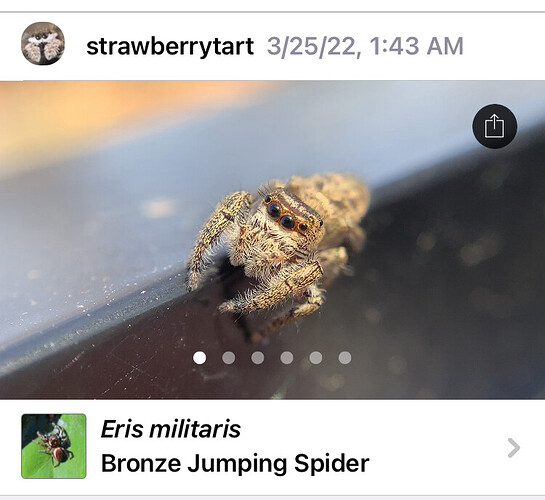 I checked some other observations, and they actually had the correct time observed! But it’s completely different from what the app says? 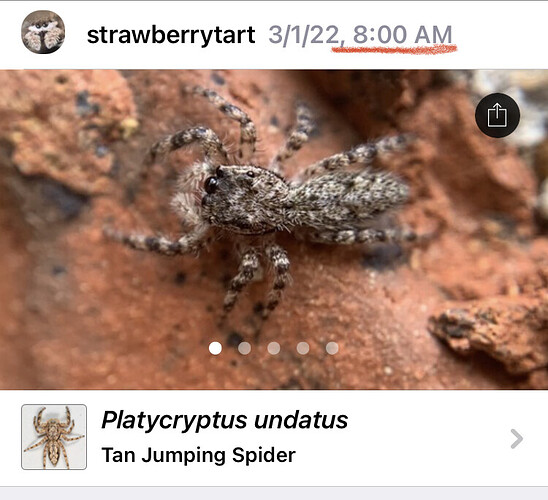 unfortunately, i think you’re the only one who can determine which rule you’ll have to follow for which observations. so the only additional guidance i can offer is that daylight savings time changed on the following dates in the past:

if you notice any patterns in how the times were shifted or not, please make a note of that here, as it might help research similar issues others may be having.

I’m not sure I have the time to fix all these.

I did the batch thing to change the times, and that worked but
I use the app to upload observations because the website isn’t formatted well for a phone. But with the app not showing the actual time observed, I’m forced to use the website to fix them all. But I’m not familiar with the format for uploading. And it’s hard to press all the tiny buttons and zooming in and out.
I checked what times all my observations had, and at first it seemed fine, maybe not the actual times, but 9am-6pm which are common times. But, the second page had a ton that were 11pm, 3am, 6am and so on. :(

It would take me a very long time to assign all these times to these observations. And what times do I add anyways? Is it wrong if I just leave them be? I already have a note on my profile that my times are messed up. Since I fixed my time zone all new observations should be correct. (Hopefully)

It’s not that I don’t want to it’s just I don’t know if it’s worth it. What do you think?

I don’t know if it’s worth it. What do you think?

i’m guessing this would be a minority opinion, but i don’t think it’s necessary to go back and fix the times on your old observations. there are a lot of bad dates / times in iNaturalist, of which your 269 observations are a drop in the bucket. so if it’s going to be a painful process to correct them, i would just move on and be happy that observations going forward will be fine.

I wouldn’t worry about the old ones either. If it is working properly now, just relax and carry on from here with the times correct.