This is so cool! I had nobidea phoresy was a thing either, thanks for sharing

I spent the first two weeks on a winter break trip in the Gambia. Having traveled, worked or lived in various places in the eastern and southern parts of Africa for almost 40 years it was the very first time to visit a country on the complete opposite western side of the continent. It is always great to be in a completely new place where even some of the most common plants and animals are new and can get you excited. It gave me many new and different observations. At least 27 “lifer” birds, 6 mammals and a number of other taxa, including even African plant species, which have been my area of professional interest for many years. I am still in the process of uploading all the records as the internet access in the Gambia did not allow for direct uploading but that only means I can still virtually be there and enjoy the “spoils” for weeks to come.
Happy INatting, Bart

I managed to add a few observations for a species that only had 1 observation previously. Somewhat amusingly, this species is actually really common here. So common I just hadn’t bothered trying to get it IDd yet 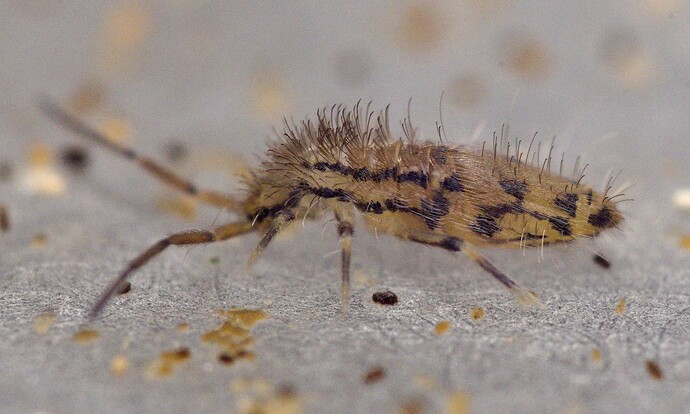 Impressive photo of a tiny insect

Excellent image of a springtail. Would you consider sharing your setup? I think there are growing number of us who would like to get good photos of springtails in natural settings.

Thanks! I have an Olympus EM5 mkii with the M.Zuiko 60mm macro lens. I also have a raynox 250 and some extension tubes I can use with it, but I don’t remember if I used them for that shot. I also recently got the MC-20 teleconverter, which really made a big difference for me, enabling photos like https://www.inaturalist.org/observations/146857428, which required all of the magnification at my disposal 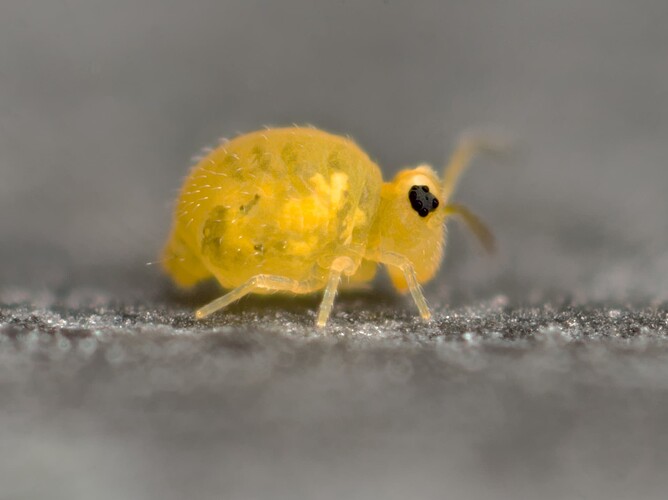 Encountered my greatest bird sighting so far - a group of about nine sociable lapwings! 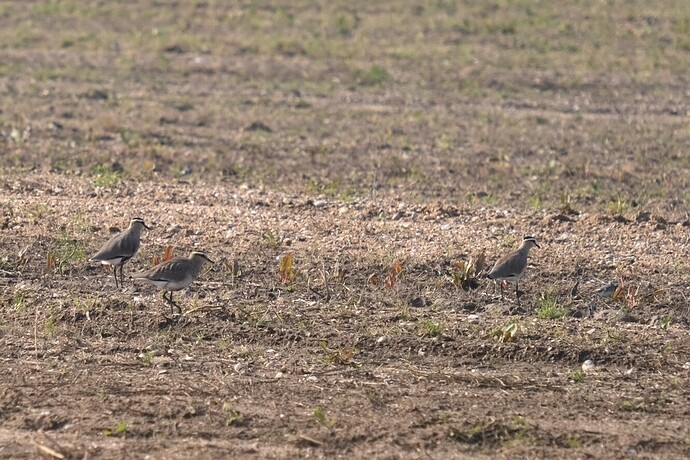 A bunch of bird lifers since birds are mostly what I can look for in chilly SE Wisconsin!
Noticed an American Black Duck for the first time while visiting the Milwaukee shores to see the likely escaped Mandarin Duck. The duck had been spooked a few days prior, but I enjoyed the winter duck crowds which also included my first time seeing Greater Scaup. On that same day I saw an out of season Turkey Vulture in WI! On New Year’s Day, I saw a Short-eared Owl for the first time as it hunted over the Chiwaukee Prairie. Just recently at Illinois Beach State Park, my friend and I discovered feather remains of an Eastern Screech-Owl.

I am excited this year to visit places and contribute data. I have visited some eBird locations that needed data for this month. I scouted some places to make real attempts at herping and hopefully contribute some range data for the two Ambystoma sp we have in my county. I have been working hard on my checklists to produce personal reference materials for when plants and leps become observable. I look forward to contributing to citizen science in 2023!

I have been on the Big Island of Hawaii and this past week was able to take photos or see of the NēNē family, the Pacific Golden Plover, Black Crowned Night Heron, Rosy-faced Lovebird, Saffron Finch, Common Myna, Red-Crested Cardinal, Feral Chickens, etc
I heard the Hawaiian Honeycreeper and saw something red behind the branches in the forest of Kaulana Manu nature trail.
I’ll be here another week!

Goodness, that sounds like a wonderful trip! Welcome to the forums, I hope you will share more!

I am only answering now, as I was still busy uploading pcitures from my last trip last sunday, which I wanted to include (I did 8 more observations since then, so not that important)

I have done 289 observations so far from 137 species (well, 75% are still in needds ID, but that´s what I have for now). I have observed 26 new to me species at least. But my highlight newbee is actually not counted, as it is only identified to a level for which I have other observations.

It was this Stick insect in high andean habitat I was so lucky and happy to see.

I am generally in love with those paramo habitats and especially love the Espeletia plants (which means a lot from me a s not a plant person ;-)). They are so alian, so beautyful. Observed a new to me species this year and hope some more will follow: Espeletia chroymbosa

The third highlight-lifer was a little ladybug. I have a special bond to ladybeetles since I discovered that there are so many more species (in Germany) then the typical 3 everybody thinks about when talking ladybeetles and starting a virtual collection campaign in a photo-discussionboard in 2017… we were able to find and photograph 23 of the 81 german ladybeetles, which I found amazing back then. And I still am very excited everytime I find a new to me Coccinellid. This one seems to be extra special, as there are only 7 observations all from the greater Bogotá region so far on iNat, so not very commonly observed:
https://www.inaturalist.org/observations/146694573

Oh, and then there is a stupid little extra that would also fit in the observations hiding in other observations thread. I was happy seeing a new lifer Spatula discors and tried really really hard to get some pictures with my not at all suitable equipment for bird photography. Only later at home I realized some other lifer (actually one I always was eager to find in Bogotás swamps, as I think they are so beautyful) was lurking in the background… at least the evidence was good enough for ID, but I am bumped that I did not really see it. https://www.inaturalist.org/observations/145921616

So yeah, in general I am pretty happy with how the year started.

Yes, that sounds fun! Welcome to the Forum. Glad seeing another South Floridian here. Going through your observations, you got really nice photos of the local wildlife!

In 2019, while home for my high school reunion, I noticed tropicbirds on Oahu for the first time in my life, even though I was born and raised on the island.

In 2021 I observed my second tropicbird species on the Big Island, although it was a pretty unsatisfying look.

And a few days ago I achieved the lifetime tropicbird genus/family/order trifecta with a surprisingly close encounter with a red-billed tropicbird. I was pretty stoked.

If you haven’t been there yet, look for noddies near the end of Chain of Craters Road, and white-tailed tropicbirds flying in the distance over Halema’uma’u crater.