Wait? What are you doing here?

One of the funnest parts of doing for walk in the wilderness is finding something new. This can often be unexpected, especially in places where you’ve visited for years. I frequent Marita Payne Pond often and I’m constantly surprised by what I find.

What are your examples of unexpected observations?

To start off, there was a Herring Gull I saw at a parking lot mall. I’ve been going there for years and have only ever seen Ring-bills. It really stood out! 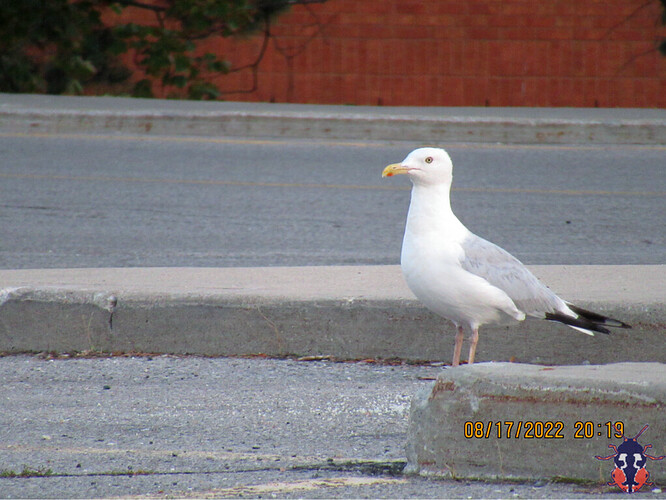 Do these count as unexpected?

Finding the first (ever?) New Mexico record of a wasp in my front yard

Honorable mention: my lifer fork-tailed flycatcher was in south Austin (Texas) while I was in high school

This orthopteran that let me photograph it with a ruler next to it, twice! Thought it would not be there for one photo, let alone two.

I saw this European Common Frog https://www.inaturalist.org/observations/132198122 in a fountain on the grounds of a hotel/function room in the Hillingdon area of London in August. I was expecting to see wildlife on the actual river, but while I saw some interesting waterfowl, I only saw this one frog, in a manmade fountain.

Last summer, caught a stoat under my car… and the summer before, a porcupine next to my car… fingers crossed this upcoming summer I’ll find a black bear under there :P.

Come to Boulders beach, and check for penguins, before you drive away. (Hasn’t happened to me, but the warning is there for our embattled penguins)

I actually did go once, when I was just a few years old. Hope to visit again someday!

I somehow managed to photograph this flightless wasp without seeing it. Still not sure how that happened.

Found an Oxybelus wasp in the dairy section of the local grocery store:
https://www.inaturalist.org/observations/15528076
Picked it up carefully and got some photos as it warmed up before flying away.

Came across an American bullfrog sitting in front of the entrance to an apartment building:
https://www.inaturalist.org/observations/3782028
They’re an invasive species here (South Korea) and that has been the only time I’ve seen one in town.

Spotted two locally endangered Yellow-throated Martens hiking along a path I’ve often used before:
https://www.inaturalist.org/observations/113169139
Happened the day before my birthday and it’s been the only time I’ve seen a mustelid in the wild, so a very neat encounter for me.

We were in Duluth last summer and one of the biggest dragonflies I had ever seen flew right up to me and landed right on my arm https://www.inaturalist.org/observations/127537269

Under the sun visor in our car we found a bicolored sallow moth on the ceiling. It was in surprisingly good shape for being smashed against the fabric a few times (yes it was dead, although it certainly didn’t look like it) https://www.inaturalist.org/observations/139472753

The park near my house that I visit often usually has the normal mallards and geese, but every once and a while we’ll see something that we don’t see all that often. We’ve seen teals and several grebe species there, and just this last weekend we saw a coot there for the first time.

I’ve got a wandering gull too! This Bonaparte’s Gull, encountered at a local park which usually has Ring-Bills so it was an awesome surprise!

This poor juvenile pelican, that probably got blown in from a storm earlier on in the day.

And of course, lest I forget… the infamous park Lettuce, which my mother and I still talk about because it was just the funniest thing seeing it where it was.

The latest was seeing scolopendra in a hotel lobby.

My biggest surprise is still my “parking lot spiranthes” growing behind our favorite Italian restaurant: https://www.inaturalist.org/observations/132074437

This marmot was reported from a high school campus in Albuquerque, where it really shouldn’t be since they are a montane species that get no closer than about 60 miles from the city. I was doubtful of the ID until I actually saw it.

When I was still at university for my PhD, and I finally found a certain awesome nature documenting platform, I decided to document as many wild organisms on the university grounds as possible (‘grounds’ meaning actually roof tops and animals trapped indoors, almost no open green space) - and with some help, we managed to document way more than 500 species, until the Biology department had to move to a newly constructed, sterile building and the old one with all its urban wilderness and sort of gloomy charm is currently pulled down

Anyways - back to the topic: There were several unexpected findings, but picking up the ‘ruler approach’ by @vreinkymov there was one very cooperative individuum - and additionally an unexpected finding as that species is normally short-winged and flightless: The (sometimes not so) Common Grasshopper

At another occasion, there were hundreds and hundreds of small Lasioglossum bees swarming on the university terrace, and when a bee expert wanted to know the approximate size, I sent him this photo

we managed to document way more than 500 species

Just scrolling through the project observations, I really like this bird: https://www.inaturalist.org/observations/75812559

Yes, especially as it was seen during the CNC. Not by me, unfortunately

I decided to document as many wild organisms on the university grounds as possible and with some help, we managed to document way more than 500 species

This number does not surprise me at all.

99% of my observations are from my own very small home and the wild spaces that pass as a “garden” (I do not touch them and haven’t planted a thing, it all gets dropped there) and so far that is over 400 species.

On the other hand I was surprised one fine day by this friend, who possibly was looking for a coffee klatsch. 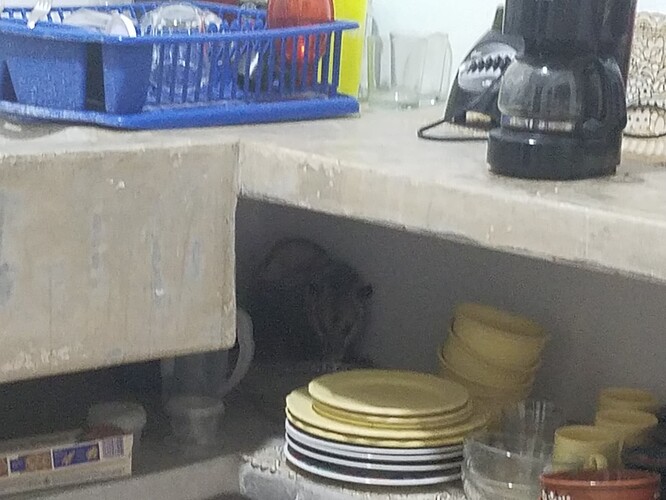