What Are People's Favorite Type of Mushroom(s)?

Maybe this is because I am hungry, and I am growing Nether Wart (a mushroom) in Minecraft, but I have been thinking about mushrooms. Not everyone likes to eat them, and one should not eat all mushrooms, but I am wondering what are people’s favorite type of mushroom(s)? This can be real or non-real, and for a variety of purposes, but please do not put a mushroom type specifically because they are hallucinogenic. The last thing this year needs is an epidemic of people being high on mushrooms!

As for my favorite mushroom, it would have to be Agaricus bisporus, or the Portabella/Crimini/Button Mushroom. Not only does it taste good and is well-known, but it has an interesting biology in terms of genome rearrangement - Telomere-to-telomere assembled and centromere annotated genomes of the two main subspecies of the button mushroom Agaricus bisporus reveal especially polymorphic chromosome ends. I also had no idea that there were two subspecies, or varieties (in mycology, they appear to be synonymous) of Portabella. 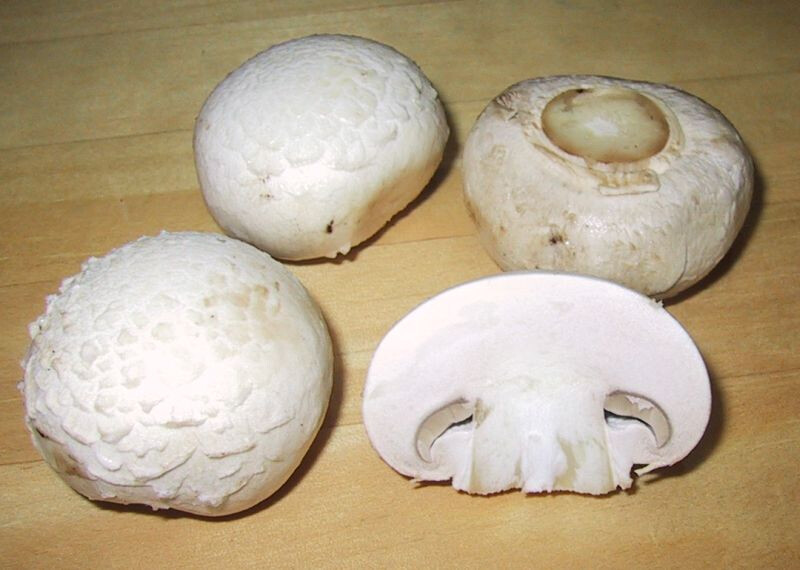 I got to eat a small portion of a foraged Western Cauliflower Mushroom (Sparassis radicata) that was leftover from a family dinner party. Although I only got to eat a very small, leftover amount of it, the taste was so good that it really started getting me interested in mushrooms. I began photographing fungi more carefully after that in hopes of learning and identifying them better. Since then I have still been searching for another Western Cauliflower, in hopes of eating it again sometime.

I’m fondest of mushrooms sitting in their habitat, shedding their spores and providing breeding grounds for beetles and flies.

You would be looked at with a great pity and solicitude in Eastern Europe :-) Here, Agaricus bisporus, same as any grown mushroom is considered only as last means when mushrooms are needed for some meal. In my country the “king” is a bolete (Boletus edulis, B. pinophilus, B. reticulatus): to have dried boletes is a must in every kitchen. Then go everybodies’ personal preferences. Top of mine are Lactarius deliciosus/Lactarius deterrimus, Macrolepiota procera and Russula adusta (the latter for salads and Christmas Eve mushroom mixtures). The reason of the most comments that came and will come from US, Britain, Benelux, etc. is beautifully described in a paper by David Hawksworth, entitled Mycophobia and Mycophilia.

I do not gather mushrooms in my neighborhood–too much car exhaust, too many dogs. Also I have an overabundance of poisonous ones, but still they cheer and inspire me. You might enjoy the video I made about them. https://www.youtube.com/watch?v=Q1-VdjWjEMQ

To be honest, I think the white truffle is really the King of all Mushrooms.

In the UK I have enjoyed wild Parasol Mushrooms and wild Chanterelle Mushrooms.

Here in NYC last year someone gave me a local wild Blewit, which I cooked and ate. It was OK, but even though it was wild and pretty, I wasn’t wild about it.

To eat?
I like most any mushroom. I went through an enokitaki (flammulina velutipes!) phase once where I put enoki in almost everything but oatmeal. As a teen, in Finland, with my host family we gathered some pinkish orange ones that made the most divine soup I’ve ever eaten. Still, nowadays, especially locally, I would only eat fungi collected and/or sold by experts. Too many people around here end up needing liver transplants due to mis-identified mushrooms.

But, I am still charmed to see them.

https://www.inaturalist.org/taxa/218216-Dendrocollybia-racemosa
Tiny, parasitic on other mushrooms, and morphologically the strangest thing ever. My favorite!

I’m beyond shocked no one has answered magic yet, despite the request.

For me Luminescent ones are the tops. I’m not clear if the question is to eat or observe though.

For me Luminescent ones are the tops. I’m not clear if the question is to eat or observe though.

I had a time where I collected mushrooms and the favorite one I was able to collect was the Deadly Galerina (I was very careful not to ingest any) because of it’s orange color and it’s shape. For my favorite mushroom ever though, I think it would be either the Eastern Jack-O-Lantern since it is bioluminescent or the Hemlock Varnish Shelf because of the color.

The number of mushroom species i’ve tried so far is kinda low, so mine is certainly a biased answer, but the best mushroom in my opinion is Pleurotus eryngii (king trumpet mushroom should be an english common name)
This species is the mushroom par excellence in the area where i’m from (southeastern italy), since it’s mostly grassland with very few forests, this habitat suits the king trumpet that is a saprophyte of herbaceous plants such as Eryngium campestre and Ferula commuins, while more classical mushrooms like Boletus edulis are uncommon.
Searching for king trumpets in the countryside is a quite popular activity (they’re easily recognizable and there really aren’t many other species in the same habitat that can be confused) and they are also commercially cultivated, which makes them easily available.
They are incredibly savory and can accompany perfectly a lot of different dishes from pasta to meat. I highly suggest to try them if you haven’t yet!

My second place goes to Macrolepiota procera which is the only other mushroom i trust myself to collect. I usually slightly fry it with olive oil, garlic and parsley and it tastes amazing.

My personal flavour favorite for now is Marasmius oreades; even uncooked I really like them.

My second place has to be Boletus edulis; just as the first one even uncooked I think they are delicious.

I also really like Craterellus for example with pasta; but it’s been a long time since I do not try them, so I would like to give a taste refresh first.

One that I am really fascinated not by the flavour (also nice), but by the smell are Lepista, because they smell like some kind of flowers, almost like violets, but are a little indigest, at least for me.

I am very curious to try some that seem to be very popular, like Amanita caesarea, truffles, Sparassis radicata and more.

If we are talking about visuals though, bioluminescent ones are super cool, specifically Mycena chlorophos is in my opinion awesome and really cute also in the light. 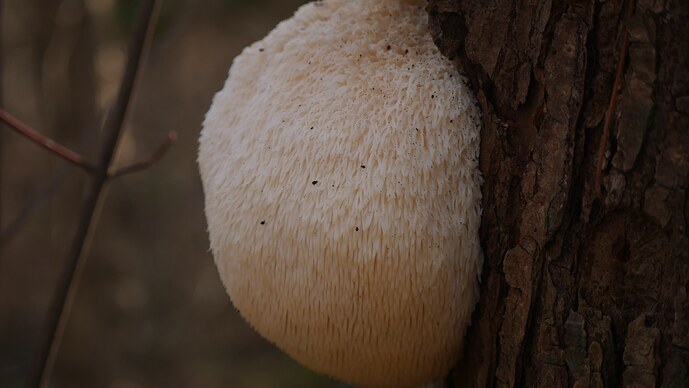 Hmmm, I can’t answer the main question, not because I can’t choose, but mostly because I don’t know enough about mushrooms. I do remember a purple mushroom I saw on instagram that caught my attention, solely because of the color.

All I know for sure is I enjoy eating them and I enjoy looking at them.

Edit: I think the purple mushroom was Cortinarius violaceus?

When, on a dark night, your flashlight dies in a rain forest full of Australian poisonous everything (Dendrocnide moroides, for example) having Mycena chlorophos growing on the downed wood along both sides of the path is a real lifesaver.

To eat: it is not technically a mushroom, but a fungus, although I like to call it “the Mexican corn mushroom,” because it is parasitic on corn (maize): Huitlacoche. If you follow the link from an English-speaking country, you will see the nasty name of “corn smut,” because mycophobic cultures (thank you, @jurga_li ) think it is a crop disease. Mycophilic cultures know it is a very tasty gourmet item.

Visually, it is difficult to decide. There is a lot to be said for the classic Fly Agaric – the quintessential image of a mushroom in fairyland. But when I am in the cacao groves, I like seeing Cookeina speciosa little orange or salmon cups. And the Genus Marasmius has, I think, the most ornamental shape.

My favorite mushroom is probably Laetiporus, as in addition to tasting good it’s one of the most impressive fungi out there. Brightly colored and can be absolutely enormous.

I also like stinkhorns, as their bizarre appearance and strategy of luring carrion feeding flies and beetles to carry their spores is fascinating, and Ganoderma tsugae, which has a strange, vaguely disturbing appearance like a slab of raw liver poking out of a tree trunk and is the best fungus to find horned fungus beetles.

jk, but i think Cordyceps are cool