What is your favorite species of Dinosaur

There were 700 species of Dinosaurs in the world.
Do you have a favorite?
If so which one?
Mine might have to be the - Ankylosaurus

Maybe the spinosaurus. This guy is full of surprises, and each time it’s appearance changes due to a new thiscovery, I like ti more. 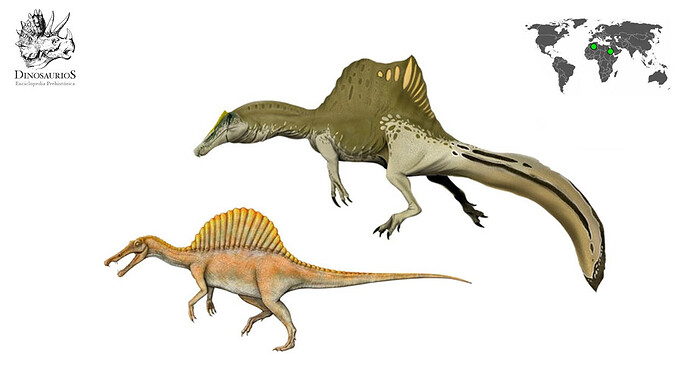 Cracticus torquatus, not even joking. If we have to restrict it to the Mesozoic, probably Minmi paravertebra/ Kunbarrasaurus ieversi (I list both because they were the same species when I chose them). If we mean Mesozoic animals in general, then Koolasuchus cleelandi.
I also have a soft spot for Muttaburrasaurus langdoni.

Baeolophus bicolor and Quiscalus mexicanus both have a special place in my heart as some of my favorite dinosaurs.

Not counting birds, probably Oviraptor, especially thanks to a fanciful reconstruction where it resembled a macaw (though I dislike it’s use of the “egg-stealing oviraptorosaurs” trope): Nest Robber by Jonathan Kuo. 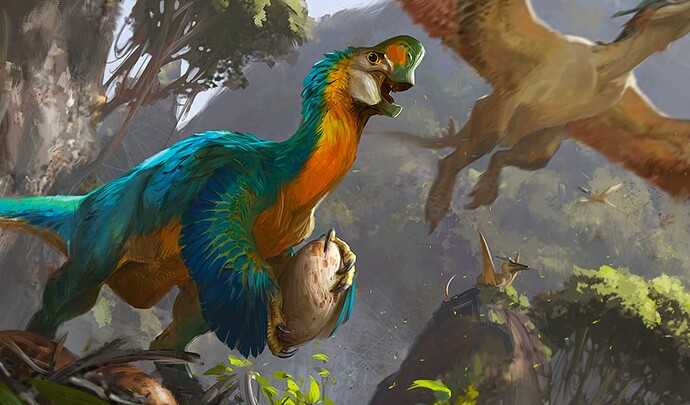 Deinocheirus. It has to have some really bizarre adaptations, and shows like Amazing Dinoworld and Prehistoric Planet have done some awe-inspiring reconstructions of the species. A close second is Yi qi, which just looks like a little dragon.

You didn’t specify non-avian so i’m going to go with Humming Birds. Archilochus colubris is the most common in my area. They rule.

When it comes to non-avian I really dig Ceratosaurus. Check out those brow horns. 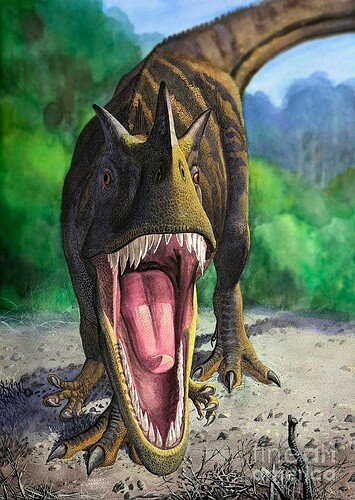 If we’re including avian dinosaurs, this is a super hard question - I don’t know if I have a single favourite!

If we’re only counting non-avians, It would be a toss-up between Spinosaurus, Microraptor (and dromaeosaurs in general) and Deinocheirus. All are super interesting animals!

Not sure if these count as avians or not, but I’m a fan of enantiornithines and other non-modern bird groups, such as Falcatakely, Ichthyornis, Archaeopteryx and Confuciusornis.

Triceratops. I couldn’t resist buying the resin skeleton ornament when I saw it. 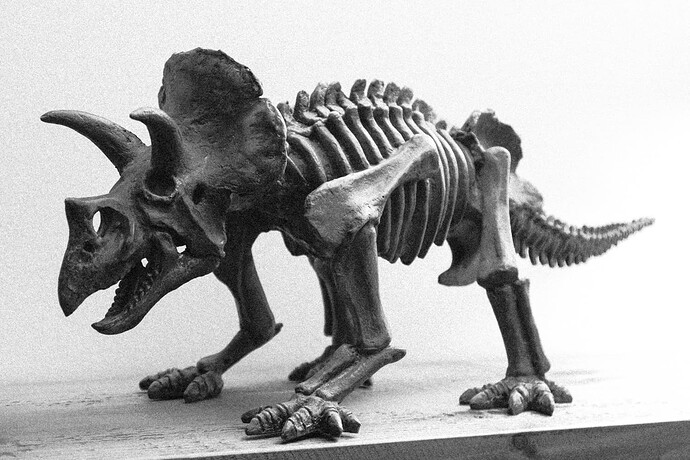 Carnotaurus, just for its silly little arms. They make me smile.

One of the original large bipedal dinos, Allosaurus. 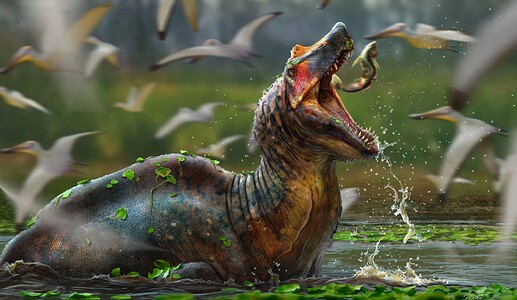 Also, there are currently 1276 (from Wikipedia - a few more have been described since, the current number is closer to 1280-1290) valid non-avian dinosaur genera known from the Mesozoic. It barely takes into account the possible diversity of such a long-lived clade, considering the extremely low percentages of remains that ever become fossilized, let alone described and classified by our taxonomic systems.

Delighted to be asked! There are so many favorites. I’ve always kept a place in my heart for Stenonychosaurus – but if we’re just going to crown one, Styracosaurus has the right look.

Well, there are so many, I can’t pick just one. But, just to be different, I’ll pick my home state’s state fossil: Coelophysis bauri [PS - love all the comments about not counting birds. :-)] 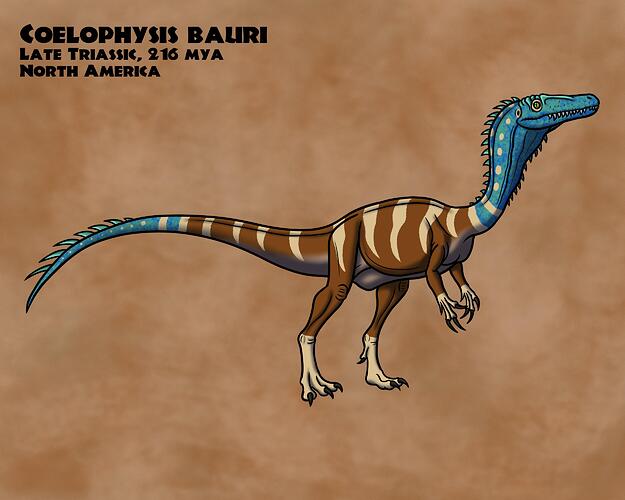 Parasaurolophus always had a special place in my heart