If you’re careful from what I’ve seen, phones can take very good pictures and for most things certainly identifiable. You’re better off with a camera, but a phone is a good backup.

Phones have overall gotten amazing and even cheap addons like clip-on “macro” lenses can open an incredible world of possibilities using something people already have. It can be finnicky, sure, but most days on my (admittedly old) DSLR I miss the wide depth of field, fair amount of light and useful minimum focal distance that a 10€ lens on a 100€ phone gave me.

That said, you have to learn to use your phone properly, go seek out the right tools (including software with manual focus) and while they can be absolutely amazing up close, most of the phones I’ve owned or used have an absolutely pitiful zoom (higher end phones can do much better, but if I have 1500€+ to spend, I’d rather it be on photo gear than a phone).

Another huge point against them is the amount of retouching and cheats most phones do automatically, which can 100% ruin a photo (again, mitigated with knowledge, with the right settings/app you can get rid of that). Also, increasingly with AI development, you’ll have to make sure that the phone is actually taking a picture of what you see, not “correcting” it like Samsung’s somewhat infamous “moon mode”.

Overall, phones are a fantastic tool to lower the barrier to entry but like all tools, you have to learn to use it and laziness can foster bad habits.

My phone takes great photos when I have the right lighting and focus. That said, my camera does better - when I have the right lens. So generally I use my phone for landscapes because neither macro [105mm] nor telephoto do very well with landscapes due to field of view. But I also use my phone for my close-ups of invertebrates and plants when I have my telephoto lens on because it’s usually not worth it to swap lens in the field, especially when you’re birding and you just happened to see an insect (and then go back to birding.)

As someone was once very into photography, seeing the capabilities of phone cameras nowadays is kind of mind blowing. Phone cameras can get absolutely incredible photos and do it with significantly greater ease of use to the photographer (literally point and click). Nowadays, you’re not buying a phone with a camera in it, but rather a camera with a phone in it. Notice how all of the commercials don’t talk about the phone itself but are always talking about new camera features like multiple lenses, astrophotography, ‘magic eraser’, true-to-life skin tone tech, etc.,? While the cameras themselves are great, a lot of the reason phone pictures look so good is because the cameras do a lot of digital processing when you take a picture, whereas for cameras that is often up to the user in something like Lightroom.

That being said, phone cameras have their limitations. Most have a fairly wide angle (though some are including other lenses now), which limits the use applications. We’re a ways off from phones being used for bird photography, I think. They can do macro, close-up pictures, and landscapes very well, but cameras have them beat for anything requiring zoom at the moment.

Cameras, on the other hand, can also take amazing photos. Even old cameras. Even really old cameras. There have been high enough resolution cameras with very good glass out for ages, and it’s only getting better. For cameras though, most of the onus of producing an amazing photograph relies on the photographer. So long as it is within appropriate range, the same photo taken with a phone and a camera will probably almost always look better from the phone immediately after capturing because of the aforementioned digital processing, but with the right settings a camera could be equivalent or better, especially after post-processing.

Ultimately, it’s a toss-up. Phones make it much easier to take great photos, but have limited capabilities. Cameras are more difficult but a bit more versatile. Both are great. As the old adage goes “The best camera is the one you have on you”.

I use both my camera and phone when making observations. I used to only use my phone, back before I had a camera, and then I switched to exclusively using a DSLR. However, many times I am caught wanting to make an observation without my camera on and have resorted to my phone. I find that the phone is slightly easier to use in terms of the iOS app, as I don’t need to upload photos off of the camera and can take pictures directly on the app. Phones, in my experience and as said above, are typically OK for photographing plants and medium-sized insects and the like.

Cameras, on the other hand, are often required for clear photos at any moderate distance and are much more capable when taking close-ups. Also, many plant subspecies require up-close detail of hairs and such, which can often only be captured with a macro camera.

You can take some really good spider photos with a cellphone if you utilize the manual zoom correctly.

Phones can take great iNat photos! With a suitable clip on lens, even macro photography is possible. The first ~10k of my observations are taken with an iPhone 7, with a large proportion using a clip on macro lens and external light source. For certain the quality isn’t as good as a camera, but when I was using it I found it really reliable.

iNat doesn’t require masterpieces, phones can get better shots than unsuited lens you have with you. Ideally you need both and more with you if you’re a naturalist focusing on more than one group of organisms. Photographing plants (not just flowers) with camera is just awful.

As someone on a budget, my two current options for photography are my trusty secondhand iPhone 7, and my compact camera (Canon PowerShot A3200 IS) that I’ve had for 10 years. The quality is… honestly surprisingly similar right off the bat, I usually bring both with me and pick n’ choose which photos to keep at the end of the day. I tend to take a lot of photos when I go out, and have been going out almost every day, so I try not to concern myself too much with editing afterwards or it would be quite the workload. I mostly just try to centre anything that’s crooked, and other small fixes like that.

That said, on the topic of clip-on “macro” lenses for phone cameras, I just got one a few days ago and it’s kind of blown me away with the difference it makes when I’m photographing bugs. It’s an unbranded one I bought on eBay for $20, but I highly recommend it to anyone in the same boat as me (no money, no DSLR, really likes bugs?) because it has really improved the detail I can capture on my phone’s camera with little to no extra effort.

It’s not perfect, obviously, but it is still a pretty huge increase in capability, especially in terms of just how close of a photo I can get with my phone now, not to mention the nice crisp details that were sadly muddied with noise before. It can be slightly annoying having to take my phone case off every time I want to use the lens, and my shaky hands can make clear photos even more difficult when holding it up so close to something small, but they’re pretty trivial issues for such a nice improvement, I think. I’ll definitely get a DSLR at some point when I can afford to so that I can take even nicer photos, but I am really happy with this in the meantime :] 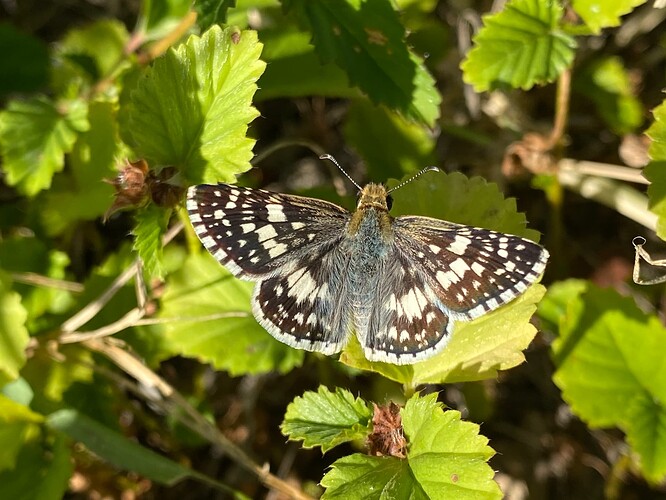 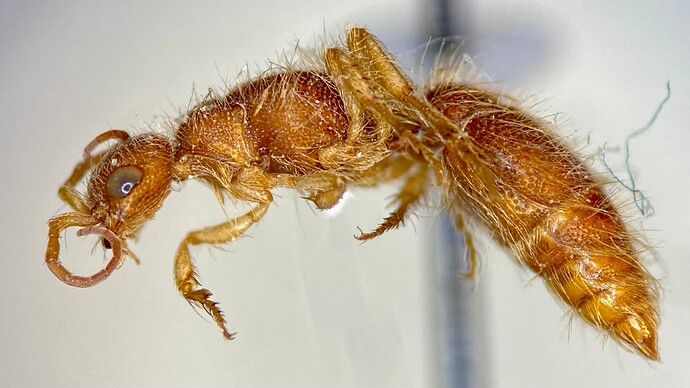 I think so. Two examples: checkered skipper in the field and Chyphotes wasp under a microscope.

I’ve been using my phone for a while now and it works fine, but I am considering looking into a camera for long-distance photography. Does anyone have any suggestions for a moderately priced camera?

I just use a telephoto lens for close-ups too. I’ve mastered the art of taking macro shots from 10 feet away (and, inevitably, getting the depth of field wrong and ending up with a nice artistic blur that makes the subject unidentifiable).

I’m excited for when the phone cameras get so good you’ll never need another camera. That said, my new phone focuses worse than my last one and has less zoom than the one from 3 years ago. For now my Lumix from 2009 seems to be my go-to

Use the search function in the forum, there are many discussions around choosing a camera for wildlife photography, based on your particular focus, no pun intended.

I’m excited for when the phone cameras get so good you’ll never need another camera.

Now is when, anything I dont use a DSLR for I shoot with my iPhone. I’d miss half the flies and stuff I get photos of if I was fumbling with lenses, or waiting for my TG6 to boot up (or worse, having to constantly reprogram the date every time I leave a battery out of the camera for a few days! >:[

Basically my DSLR camera is for distance shots of animals, with a telephoto lens. My iPhone is more than adequate for literally everything else. 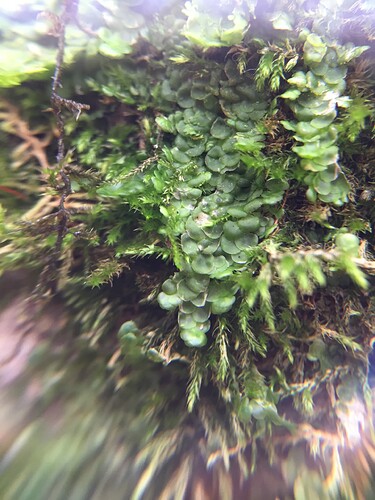 I don’t really have much to add here as I only shoot with the phone.
There are some shots that come out rather well from time to time though.
(Two random ones that came to mind) 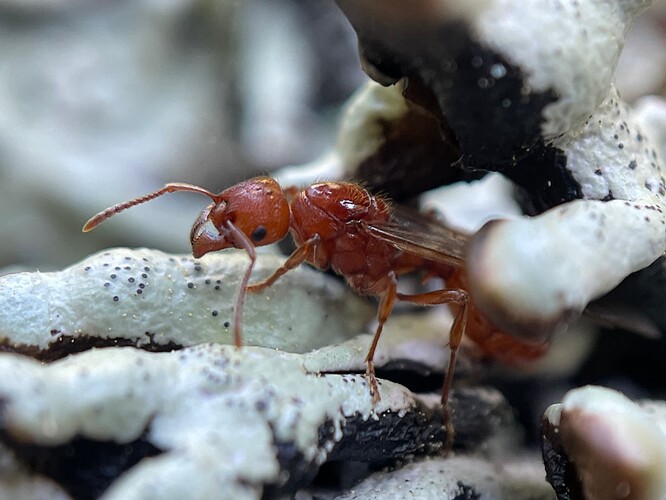 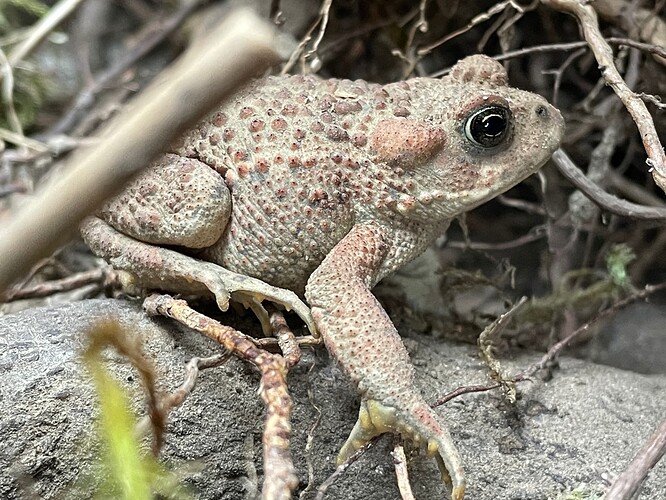 The age old statement that the best camera is the one you have with you, couldn’t be more true. Considering the ease of use and accessibility to instant settings, the phones make it pretty easy.

EDIT: Thought of another one or two… There is a bit of a struggle with some of the smaller stuff and the focal distance. 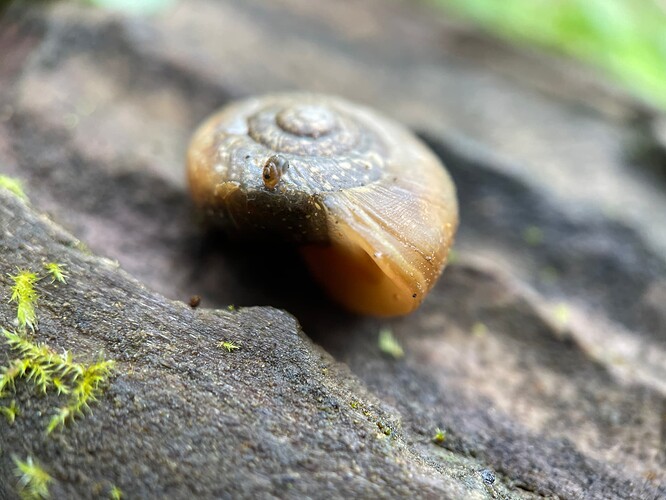 And as mentioned, the tele capabilities at even shorter distance when trying to get some of the colors correct is an issue (birds…) 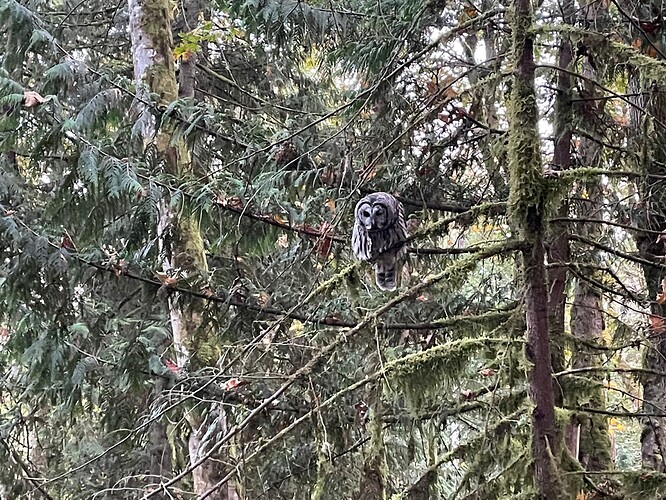