I wanted to make everyone aware of a website (http://ichsofna.org) I’m working on to help with identification of Ichneumonidae in North America. Ichneumonids are notoriously difficult, but that could be changed with better resources. I’m hoping that this will generate more interest in ichneumonids and maybe even get some people to become experts and start publishing (lots of undescribed species, species unknown since original outdated publication, very incomplete distribution records, ect).

Due to our lack of knowledge, the website will be most useful to people working with pinned specimens. The subfamily and generic galleries may still be useful for those working with field photos to compare habitus and color patterns.

Ichneumonidae is a huge group (over 5,000 species in NA alone), so it will be an ongoing project. So far, only the sections for Ichneumonini (where I have the most expertise) are somewhat complete. Since there are so many possible groups to focus on, I’d be happy to take some requests on particular subfamilies/ tribes to work on next.

I’m also working on putting up information relevant to getting started on ichneumonid research, like setting up a macro photography system and possible questions for smaller taxonomic or biological papers. I was also thinking about doing some more posts about the process of taxonomic research and publishing if anyone is interested.

If you would like to learn more about ichneumonid (especially Ichneumoninae) identification in North America, I encourage you to check out the site (http://ichsofna.org) and send me any feedback. 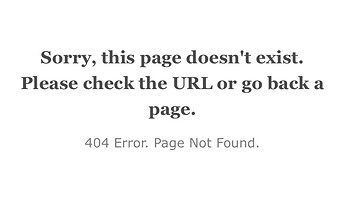 I can’t wait to read more! If you want, I can share some photos of Ophioninae specimens at UNM that you could use when you get to that subfamily.

Ha, didn’t mean to have the Hybrizontinae page up yet. That’d be great to have some additional photos. I’ll message you when the time comes on that.

Also, for reference here are some of the completed generic pages (besides only having images of only a small fraction of the species):

The most useful information is probably the figures illustrating the generic diagsnoses.

I applaud your efforts. Just the other day I was thinking about well-done field guides and keys that become the standard and how much of a service they are to everyone trying to understand more about an organism or group of organisms. It’s the first step to being able to do anything; as a direct anecdote to iNat, being able to more easily identify organisms gives greater insights to what their ranges might be.

I do like interactive keys and have thought about trying to develop some. I’ll add that to the list of things to consider in the future.

Another approach I’ve been thinking about is using a ML model, at least for getting to subfamily which is a big hurdle for most people. A few years ago as an experiment I got one working that was based on a frontal shot of the head. I think it got to about 92-5% accuracy. Even with 5-8% being incorrect it could still be very useful for folks to at least narrow down the possibilities from 30 to maybe the top 3. Hopefully, at some point, I can find the time to revamp that and put it on the site.

Could you include links to the most up-to-date Ich keys/resources/taxonomic research on your website (eventually)? It would be great to have as many in one place as possible. I already forgot which website I visited last month with a nice set of illustrated keys (the figures and text were in separate pdfs if that sounds familiar).

It seems like the key to tribes would be challenging with photographs. Is that correct?

You meant without photographs, right? Currently, I’ve only got the text up there but I should have some figures to go along with it soon. As far as keys go the next steps will be to complete the key to Phaeogenini, then Ichneumonini. With the 50 or so Ichneumonini genera it will take a bit but I hope useful to folks. At least you and a handful of others might appreciate them.

That’s definitely something I plan on doing ASAP. It would be nice to at least point people in the right direction. Thanks to some series by Henry Townes and Clement Dasch a decent number of subfamilies have some ok identification resources. They’re outdated and aren’t well-illustrated but can be useful. I’ll get references and notes up on those as soon as I can.

The website you’re thinking of is undoubtedly my advisor’s (David Wahl) key to the subfamilies in the New World (http://www.amentinst.org/Subfamily_Key.php) It should work well, especially in conjunction with scanning through iNat or BG once you land on a probable subfamily.

You meant without photographs, right?

The “wider than high” ratio seems like it could be difficult without both top and side views (without being able to tumble the specimen in hand).

That is a tricky character and borderline impossible to see without having a specimen pinned and under a scope. The pictures I put up should help though.

It does. I’m a big fan of the tribal simplification.

Also, I’ve got at least some of the figures up for the Ichneumoninae tribal key.