Hopefully someone else has this issue and knows a way around it.

Essentially, when uploading a set of photos from the same location and time, the text information that the site attaches to my observations (using camera GPS metadata on my photos) will differ, as it says, for example, “Benton county” on one, but just “Benton” on another. 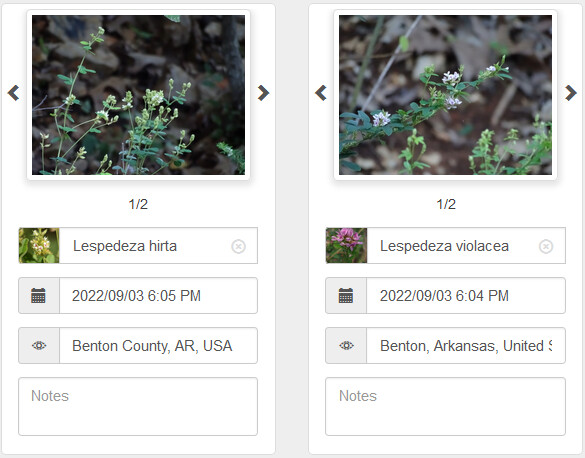 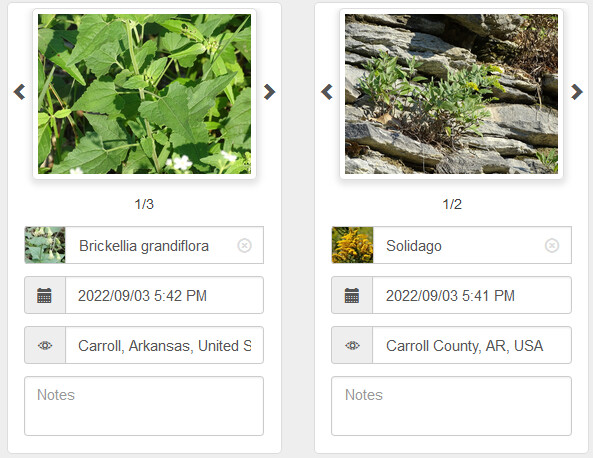 This also affects whether the state/country name are abbreviated or fully spelled out as well, so the text is very different between the two.

I have to individually fix every instance of this since the location function in search doesn’t work on obscured observations (even if they’re your own…) and thus I’m helpless to re-find my observations without accurate text, aaaaand in this case, it’s also incorrect: Benton, Arkansas is an actual town far away, so that inconsistency is a little bit problematic if left unattended.

I don’t know if it’s an issue anyone else experiences, but I’m a bit perplexed about how to deal with it. Is it something with my camera importing GPS data, or something from the way iNat imports information from an external map source, or what? Any insight would be appreciated.

i think what you’re describing is basically another case of what’s described here: https://forum.inaturalist.org/t/curiously-variable-inferred-location/34937/2.

i’m guessing that just because it’s kind of a minor issue in terms of its effects, i don’t think anyone has ever really put much effort into trying to understand exactly what’s happening in these cases.

I have the same issue for many of my local observations in Jackson County, Mississippi. Sometimes they are listed as Jackson County, but sometimes instead as just “Jackson,” which would more properly belong to the state capital of Jackson, which is 170 miles away in Hinds County, but people outside Mississippi don’t know that. The observations do show correctly on the map, however.