Project not including observations from members, no project banners, leaderboard incorrect

Step 2: Members not shown as observers in project that have observations on the property, gwmnash, atlasmira, aprilsee

Step 3: Project banner not present in observations that have populated the project

I have screen captures but don’t see how to get them here.

Can you link to the project?

I have screen captures but don’t see how to get them here.

You can drag and drop, or upload. There are restrictions for new forum users, but I don’t think that would apply to you.

Also I don’t think this has been resolved, so I’d recommend unmarking as such. 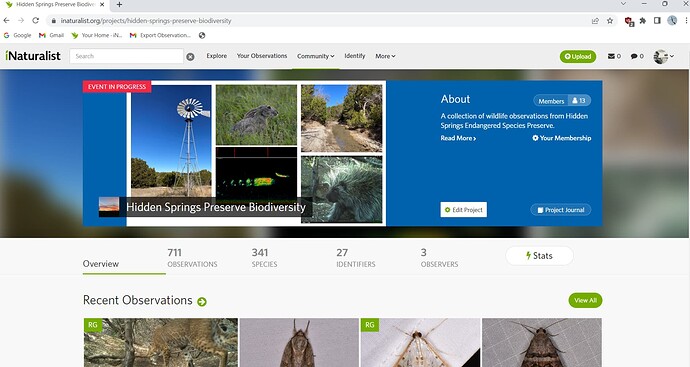 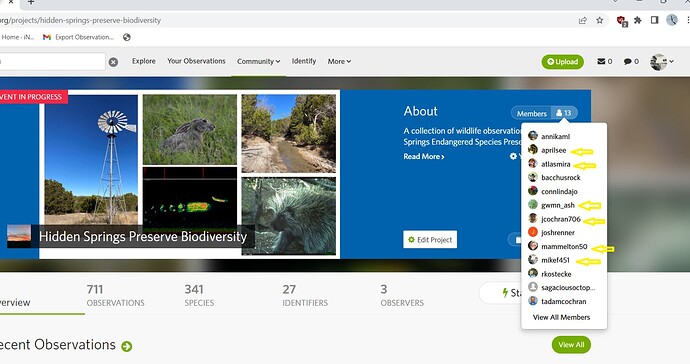 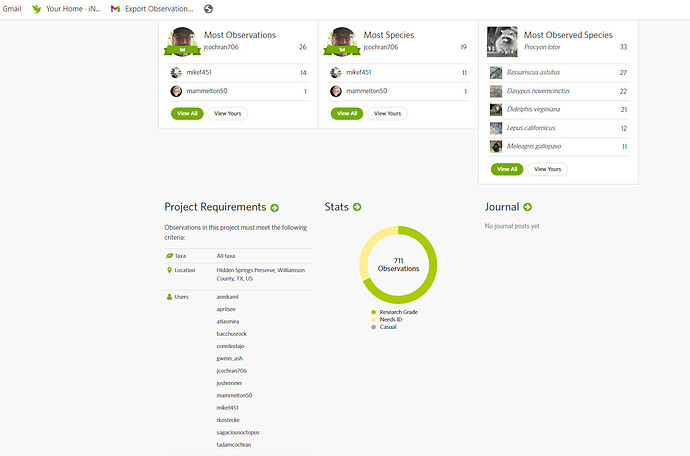 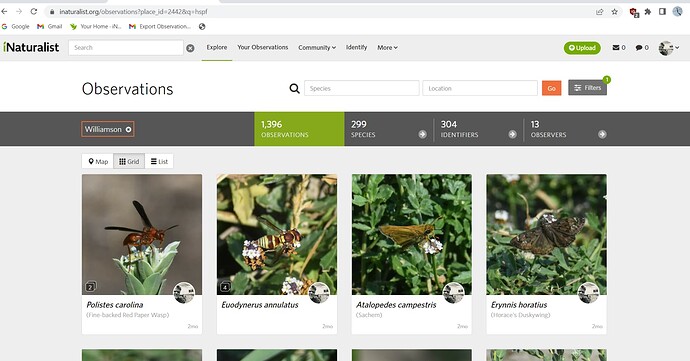 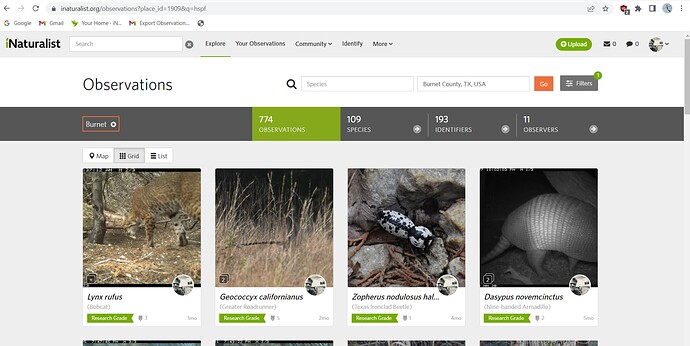 If you look at the place ID page: https://www.inaturalist.org/observations?place_id=174976
it only has 264 observations, so I don’t think it’s possible that there would be 2000+ in the project as that seems to be 10x more than the total observed?

This is the map for the place ID you linked. It is not accurate. The two screen captures above by county and special tag contain our observations since April 2021.

Not all the observations are in the project. That is correct.

People in your filters just don’t have any observations there, I checked one and they just have a blank space on a map there, others may have too big location accuracy on observations, that means observations won’t be shown for the place, or obscured observations.

I do not know the one you checked, nor the filters you mentioned.

The two screen captures above by county and special tag contain our observations since April 2021.

It sounds like you intended your project to capture observations from Williamson and Burnet Counties that have the tag hspf. But that’s not how your project is currently set up. Right now the project requirements are for observations in Hidden Springs Preserve. And since you can’t use tags as a project requirement, you can’t actually recreate the two screenshots as a project.

Filters are your project settings 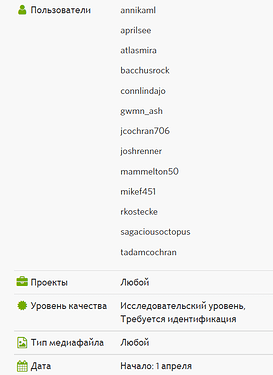 image561×767 25.5 KB
I check one by one: annilaml - none, bacchusrock - none, atlasmira and aprilsee - only obscured observations over the place, etc. Or just compare list of the place and list of the project.
If you really want it to be about Hidden Springs after April 1, there may be just only those observations from these users.
mikef451 September 29, 2022, 1:34am #13

When I set up the project I saw that the location only had Williamson Co listed for the preserve and no mention of Burnet Co. but there are more than 300 acres in Burnet county. I used the tags to show the total observations for the preserve from our work there.

Did you turn on the setting allowing making hidden coordinates to be trusted to the project? If so, are you sure those users allowed it? As it’s something they should click on, I’d check if they did.

If I turned that on wouldn’t anybody looking at the project be able to see actual coordinates?

I don’t think so if user is not in a trusted list, they likely will be still shown as obscured, you can check, for collection project there’s no other way to include those observations, but you can set up a traditional one that doesn’t need that.

I toggled on the trust button and the observation count went from 711 down to 41. I toggled it back.

Then it means their observations are there for you, they’re just not shown in the list of observers.