My absolute favorite books as a small child were a series by Russell Hoban about a wee badger named Frances who lived with her parents and baby sister. Like me, Frances was a picky eater prone to high emotion, but her parents were utterly sensible and loving. As soon as I had children of my own I sought out the series to read aloud to them. 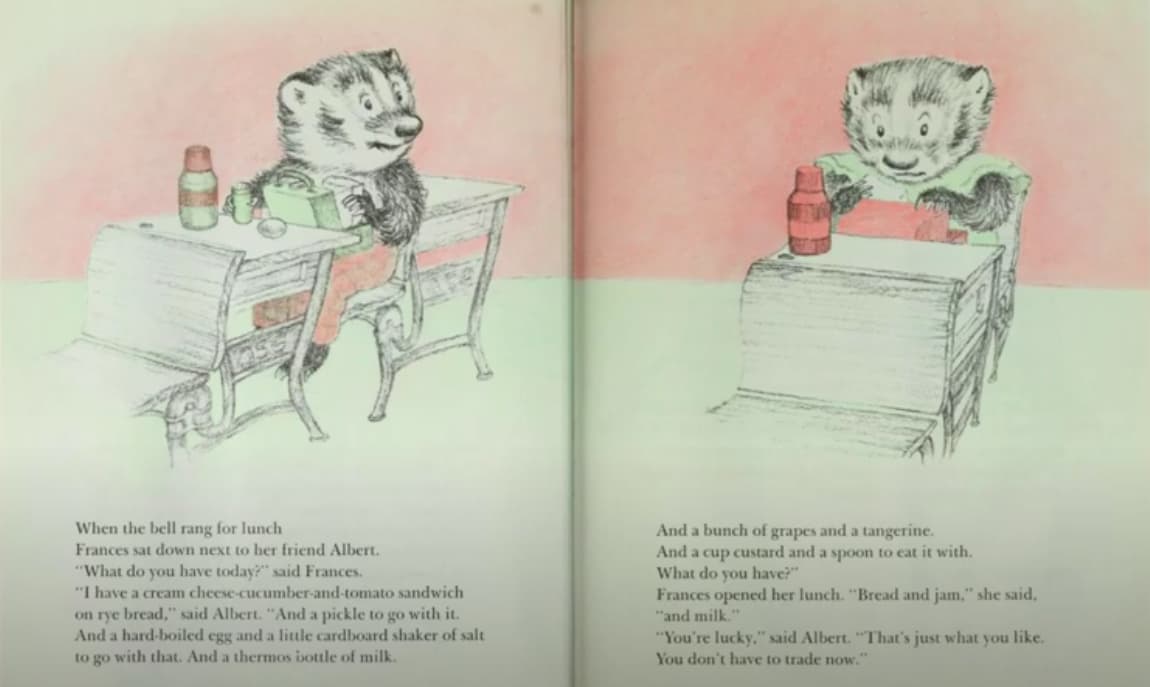 The only badgery thing about Frances is that she is a badger. She wears a dress, she goes to school, she eats at a table, she rides the bus, etc. So for me, it was and is extremely easy to suspend my paltry scientific knowledge and appreciate the character. (Plus I think she is sweet and unaware of how hilarious she is.)

Have you ever loved a book or movie character from the animal kingdom? If so, do you have to suspend scientific knowledge to continue to enjoy the character? Or does this kind of animal depiction feel strange or unnecessary to you?

Gavin Maxwell’s Ring of Bright Water. About a pet otter.

Travelling by train from London to Scotland. When the steward came in the morning, one otter tucked up in bed. Didn’t miss a beat. “Will that be two teas, sir?”

If so, do you have to suspend scientific knowledge to continue to enjoy the character?

Probably one of the world’s most well-known and loveable invertebrates:
Lowly Worm from Richard Scarry’s Busytown stories.

Including this story, ‘Lowly Breaks His Leg’. 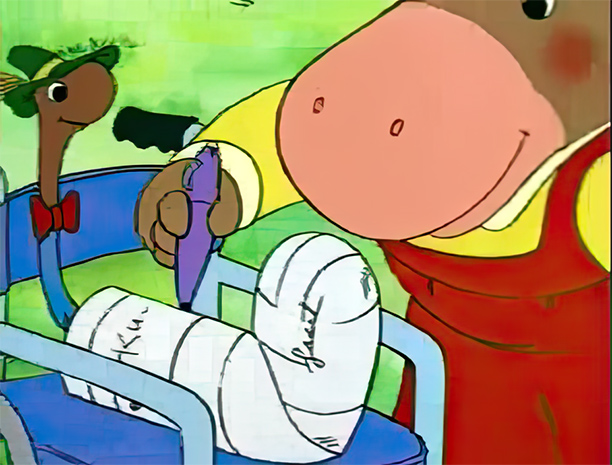 The extra fun was that when lowly goes to the hospital, Dr. Lion shows him the x-ray. Scientific knowledge gleefully suspended!

Except, not for nature-book-show-movie-soaked kids when they were little. My four-year-old son immediately spotted the problem…

“But Dad, he’s an inverdabit!”

Aslan has always been a favorite of mine. And, really, all the talking animals of Narnia; but Aslan tops them all.

I was obsessed with watching Kimba, The White Lion growing up. Nothing even came close in importance in my early life - Kimba was my childhood hero. Of course, he and his friends are talking animals and they all eat salad and such so they don’t have to hunt and kill their herbivore friends (not very realistic for obligate carnivores like lions, I know).

My favorite episode featured a talking tree (although in a dream sequence). I remember my young self being amazed by the idea that plants are alive, too. And that was just one of the lessons to be learned from that episode. Even your biggest heroes sometimes fail at what they set out to do. However, there is always hope to regrow/rebuilt for a better future. I may have forgotten much of the details growing older without a chance to rewatch the series and a lot of it seems borderline silly now but the image of the new sprout coming up from the fallen tree never left my mind. I guess all those many years ago, Kimba sowed the seed for making me the plant person I am today.

Not from the animal kingdom, but related, also it is more the other way around

I loved a series called “Es war einmal… Das Leben” (french original “Il était une fois… la Vie”). Unwatchable nowadays due to antiquated pasing, but back then a great way to learn about how the body works. But up to this day I have to force myself not to imagine my little blood cells going on a stroll with a back full of oxygen…

I also did love “Als die Tiere den Wald verließen”(“The Animals of Farthing Wood”)… I did not ever watch it since, but as far as I recall from decades ago, it was actually a great depiction of those humanized animals that took their individual behaviours into account… if I would rewatch it today, I am sure I would habe to suspend my disbelieve as well, but nothing that totally sticks out to me now

…and now checking the page I noticed the “Issues and Bans” section, and I said to myself: All this will not end well.

These are my two most cherished childhood books. First one is about having to be continuously thwarted before finding a forever home (a mirror into my life thus far)

I still have the plushy for the second one, a beloved heirloom 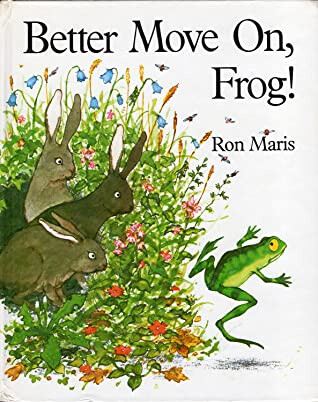 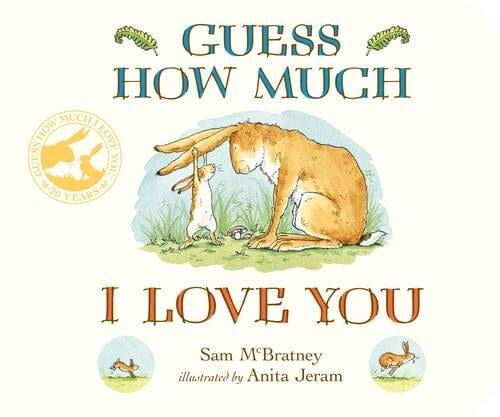 Babar and Celeste are favorites.

If we get away from characters based on actual species, the shapeshifting of Barbapapa goes in this category, too.

If so, do you have to suspend scientific knowledge to continue to enjoy the character? Or does this kind of animal depiction feel strange or unnecessary to you?

i think it’s fine to suspend disbelief to enjoy a story. especially for children’s stories, sometimes it’s actually easier to convey complex ideas using characters that the audience are generally familiar with and which will appeal to the audience. for example, Penguin and Pinecone is a good children’s book (series) written in the last 10 years, featuring a penguin and a pinecone / tree. some of the story does actually rely on the characteristics of penguins (can live in cold places) and pine trees (plants grow from seeds, grow in specific habitats), but a lot of the rest of the story deviates from science to serve the plot. that said, i think the core story would be much harder (if not impossible) to tell if you had to use other characters based more in scientific reality. you would have to do way too much backstory development.