I watched a video recently on YouTube about the “Best State Park in every State.” It wasn’t very long so each park didn’t get much of a spotlight. The comments section, though, was full of people advocating and telling stories about their own favorites, and that was much more entertaining (and informative) than the actual video. So in that spirit, give us a little spiel about your favorite local, State, or National Park (or if you don’t have a favorite, just one you visited recently).

One of my favorites in California is Calaveras Big Trees State Park. It’s one of the few places outside of Sequoia & King’s Canyon Nat’l Park where you can see the Giant Sequoias. It’s also got some gorgeous wildflowers in the Spring, especially along the Lava Bluffs trail, and there are all manner of interesting creatures in and around the creeks and river through the Park, like this caddisfly that builds its cocoon out of sand and pebbles in the creek. 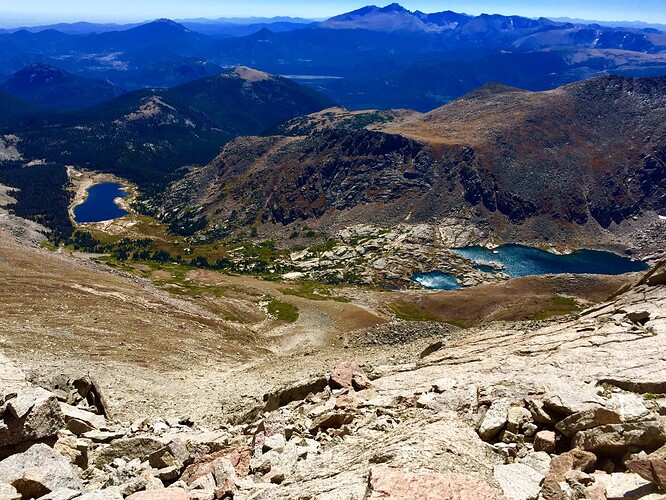 Rocky Mountain National Park is a year round playground for hikers, skiers, rock climbers, and naturalists

I love the Sipsey Wilderness here. Rock bluffs and cascades and waterfalls and trees 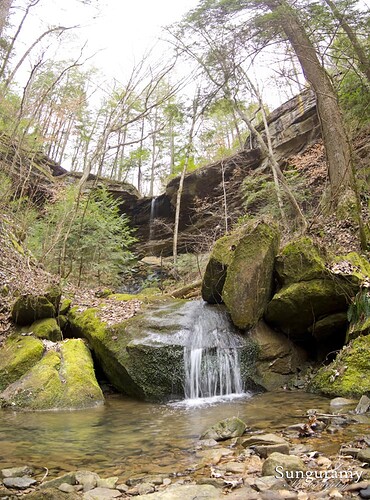 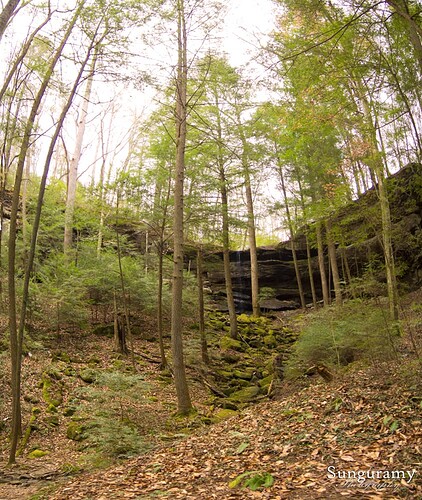 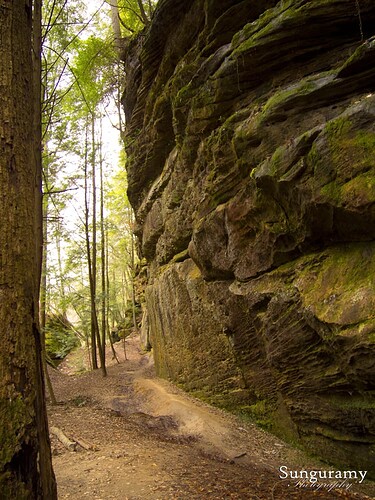 I stopped in RMNP on the long drive back to California after my grandmother’s funeral a couple years ago (during the pandemic, but before the vaccines had come out, so it wasn’t really safe to travel by plane). I remember walking out on the alpine tundra trail and being amazed at just how peaceful it felt out there. There were so many different high-altitude flowers blooming at the time, and the marmots and pikas were out all over the place. It was a nice moment of solace in an otherwise unhappy year.

Do you mean any park or US parks? Not quite clear from your post, sorry.
But I live by Losiny Ostrov National Park, so at least I’m glad it’s there by my house. It’s the more or less just how the forest was here before, it’s hard to judge because sometimes pine forests are replaced by spruces in a 100 year or so, and it’s what it is here, mostly adult spruce, part of them planted after WWII when some had to be cut down, also areas of big mature oaks are still alive, which are pretty rare to be abundant. Through the park goes Jauza river (the name stayed from Baltic people, as is the case for many rivers here, names are very old), it widens up and creates a place for thousands of waterfowl to breed and other birds to migrate through. I’m not a big fan of spruce forests because they’re very dark and kinda empty.
Here’s a view on a creek that goes close to where I live. 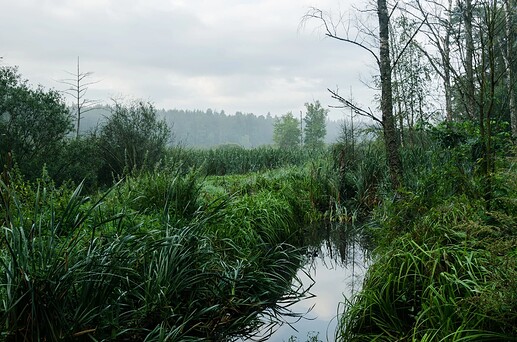 And that is why visiting Mshinskoye Boloto or Sestroretskoe Boloto zakazniks is on my list for a long time, such protected areas are what I like! They’re basically raised bogs with sparse pines. That’s the habitat for many rare moths, butterflies, beetles, etc. I don’t have any photos of these places, but here’re some from the net: 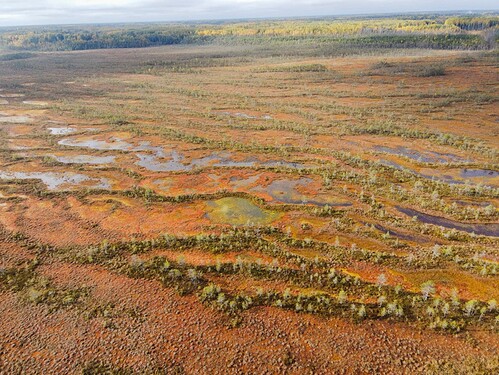 If i go by where I spend the most time or found by far the most flowers it’s Clear Creek Metro Park - it’s close to where we live and also Ohio’s largest state nature preserve. Just checked and I saw 14 species of orchid within the park and most of those I saw there first, so lots of good memories. It is just a forested metro park though, nothing scenic and not a place I would recommend someone visiting to go out of the way for.

I think my favorite of the ones I’ve been to would also be RMNP, it was fun seeing moose and bear roam wild while driving the road and we had the most magical breakfast at this small lake one morning (with somehow no other people there disturbing the peace, I think it was getting too cold for the bulk of them - just a bunch of deer taking a morning bath): 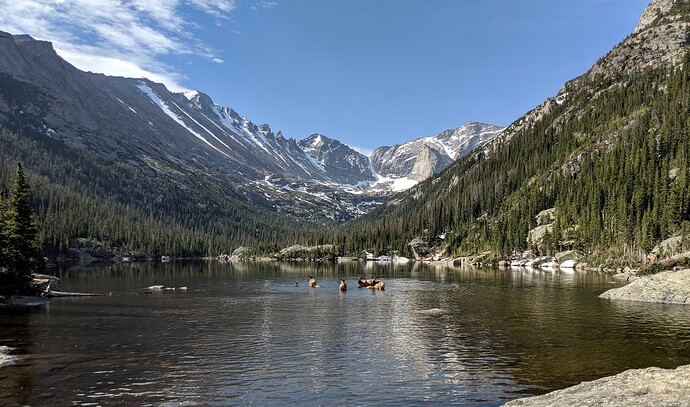 Any park is fine! There are plenty of people on the forum from outside the US that might have some good stories. I don’t know that I’ll ever be able to travel to your area of the world to see them for myself, but I’d still enjoy hearing about them.

Now that I an again living in Greenville, NC, I am looking forward to again going to River Park North. Lots of trails through tupelo swamps and upland oak and sweet gum woodlands. At the very end of the trail is an undeveloped section which, when I lived here before, had signs warning to enter at your own risk. That was my favorite part – that was where I found the dried up vernal pool with shells of fingernail clams; where a flock of wild turkeys passed by along the top of the tree canopy; where barred owls held converstions in the middle of the day. In the dog days of summer, Caspian and I would swim across the river from the greenway so that I could save on gas; that took us directly to that end-of-trail section, bypassing the long walk to get there from the parking lot.

My favorite park is actually whatever park I can roam at will. I moved 8 years ago and have found that the two local parks are the only “ things” I miss.

We have lots of neat parks here in the Southern Appalachians that I love to visit, but I will always have a soft spot for the Elbe Sandstone Mountains straddling the border between Germany and Czech Republic (Saxon Switzerland National Park on the German side and Bohemian Switzerland National Park on the Czech side). I visited shortly after the borders between East and West Germany opened up before things got touristy and I loved it. I’m sure nowadays there are a lot more people on those trails.

Years ago I visited the San Francisco Bay area and went to some of the parks. My absolute favorite was Point Reyes National Seashore. It is truly wonderful that such a large area along the Pacific coast was made into something that everyone can enjoy. And, it doesn’t really have any huge features like canyons, mountains, big trees or sea stacks. It’s just a beautiful place to go I have been to a number of National Parks in the U.S. and Canada. But, Point Reyes is special to me.

Nationally, mine has to be Glacier National Park in Montana, USA. It’s so picturesque! 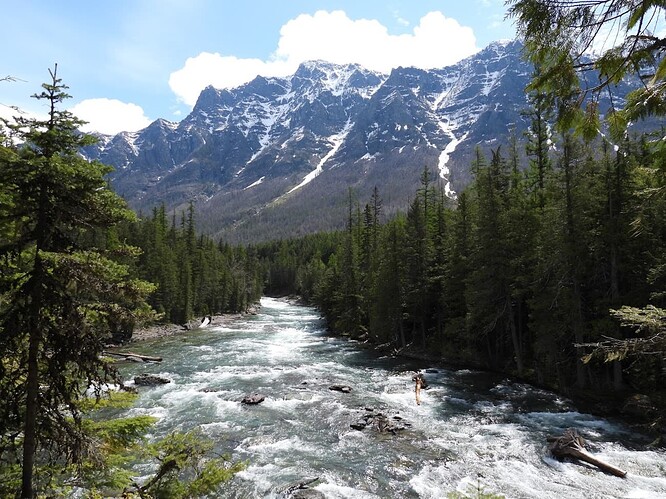 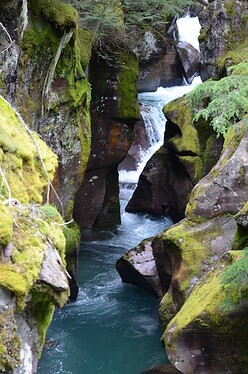 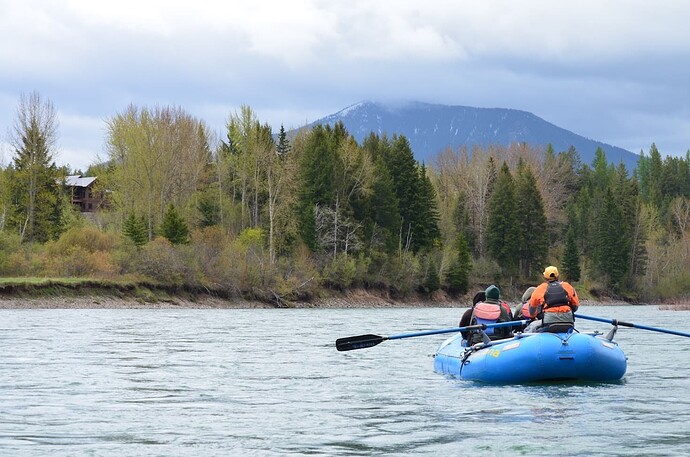 and don’t forget about the wildlife! 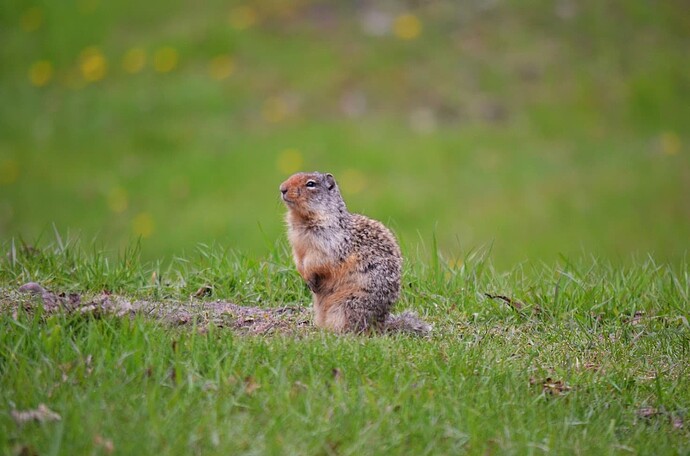 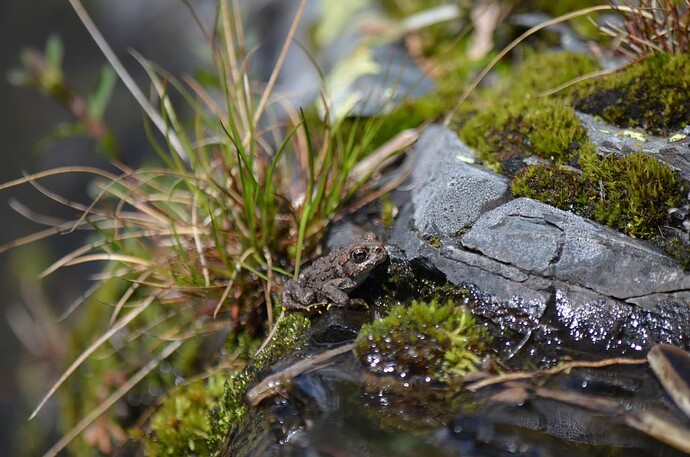 image1470×974 155 KB
WARNING: Watch out for the savage squirrels that will jump at you and viciously snatch your granola bars when you simply wanted a snack after a long day of hiking!! (don’t worry, it was fully natural and organic) I’ve never felt so threatened by such an adorable critter before. 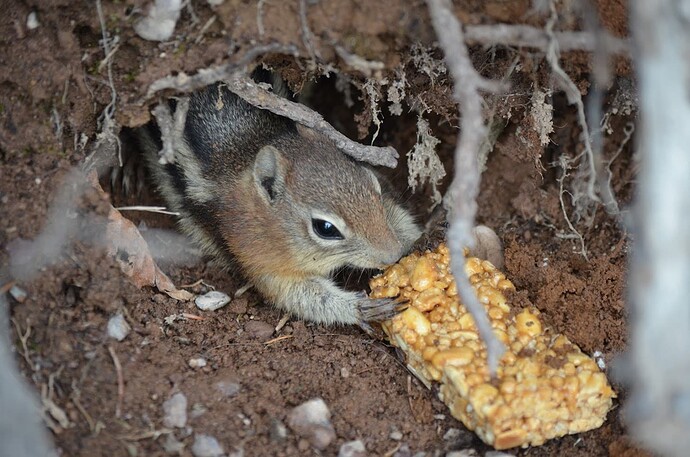 My favorite park is actually whatever park I can roam at will.

You mean, where you are allowed to go off trail? I actually do enjoy that a lot, but in nature preserves it’s generally not allowed here unfortunately.

I go to Point Reyes fairly often. It’s a nice place. I love visiting in February/March to see the baby elephant seals. In the Spring and Summer, the Estero trail is one of my favorites. It’s full of flowers and wild berries and if you’re lucky, you can spot bat rays and leopard sharks in the Estero. One of the last times I went I spotted an endangered California Red-Legged Frog. 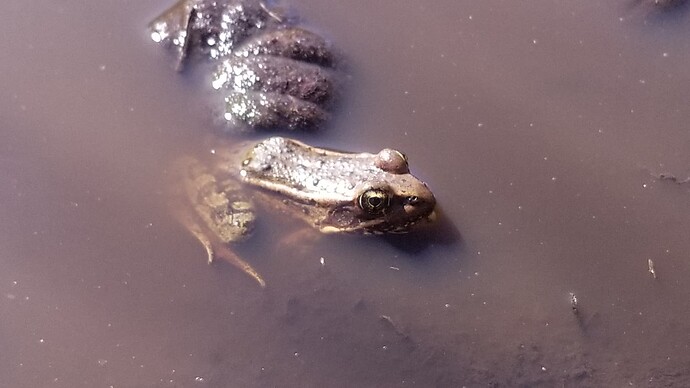 In the US, we have enjoyed Yellowstone National Park, especially the north (Cooke City to Gardiner, Montana) for wildlife viewing. 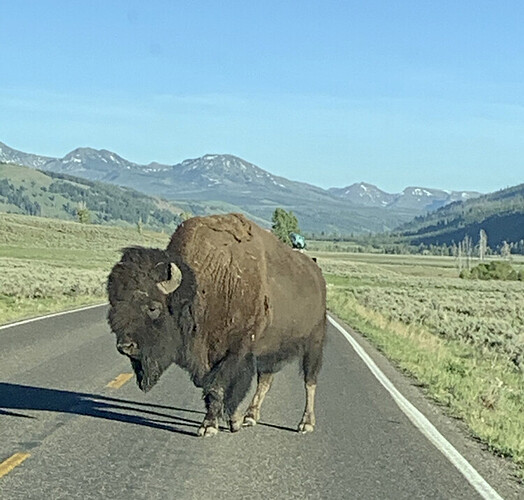 We have also enjoyed Badlands National Park for the badlands formations and also for Burrowing Owls.

In Canada, Jasper National Park was our favorite.

We really appreciate US National Wildlife Refuges, like Bowdoin (Montana) and Agassiz (Minnesota). They are often less busy than state and national parks.

In Minnesota, a premier birding destination called Sax-Zim Bog is a collection of state protected lands and privately protected land. It’s renowned for boreal owls in winter—Great Gray, Northern Hawk, Snowy, Boreal—and also has notable bog plants and insects. We appreciate the diversity and especially like it in winter. 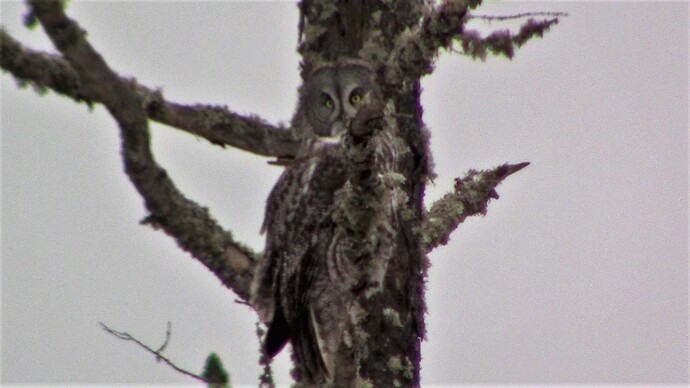 Yellowstone is also a cool one! I was there this year a few days before the floods. If I ever visit MN, Sax-Zim is definitely high on my list. 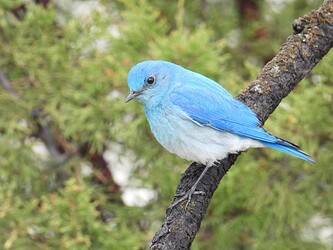 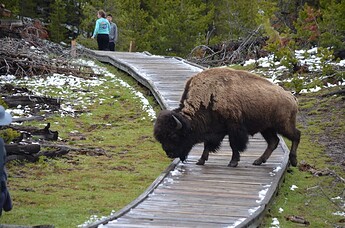 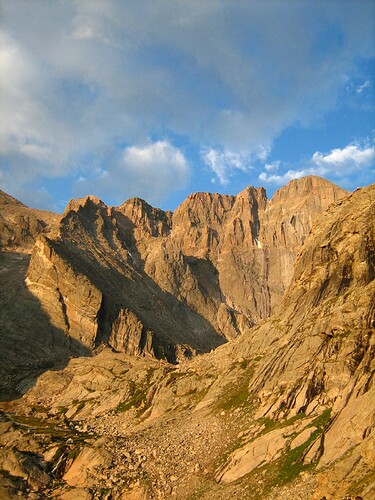 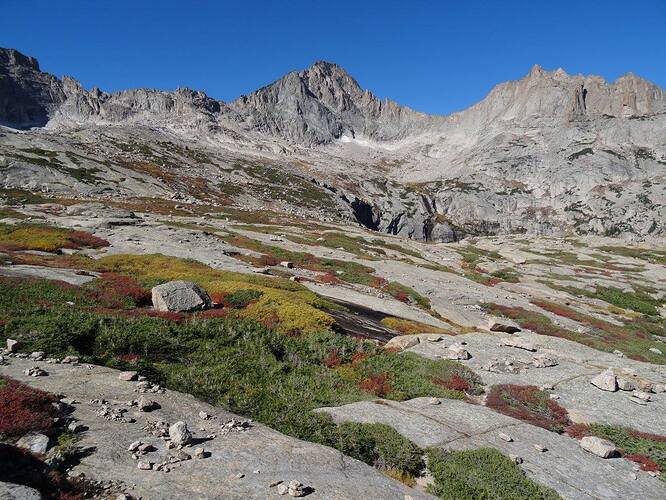 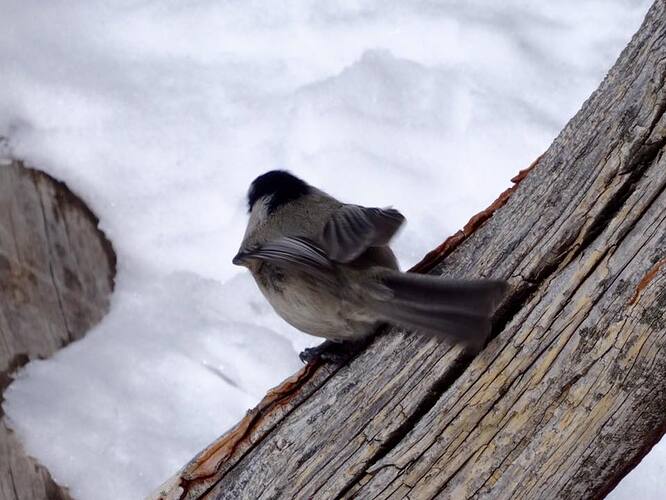 I found a few more RMNP photos to share, because why not!

I love my local park. It isn’t very big. It doesn’t have any charismatic megafauna. It has a few large old trees but only one view that visitors think of as scenic. Why do I love it?

I love it because it is a community park. It is ‘owned’ and cared for by the people who live here. We maintain the trails. We remove the garbage that thoughtless visitors discard in the parking area. Nobody gets paid for it. There isn’t any virtue signalling. People just quietly care for something they love.

I hope it stays this way forever.

Also if anyone plans to come to Galiano let us know. We have a number of serious iNatters here. At the very least we can give you good tips on the best spots to photograph the species of your choice. 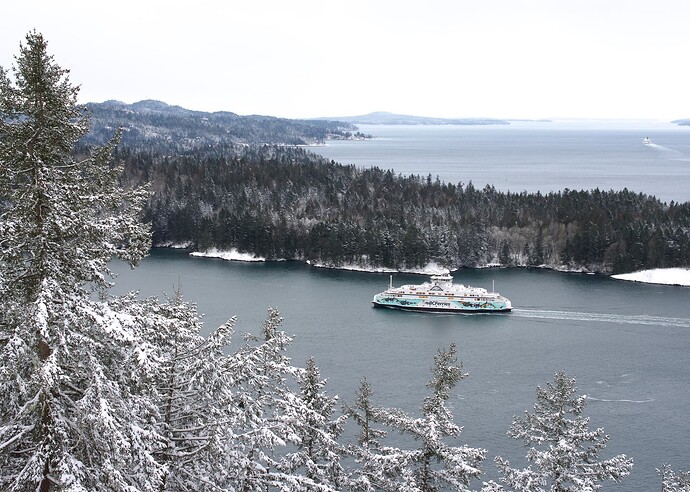 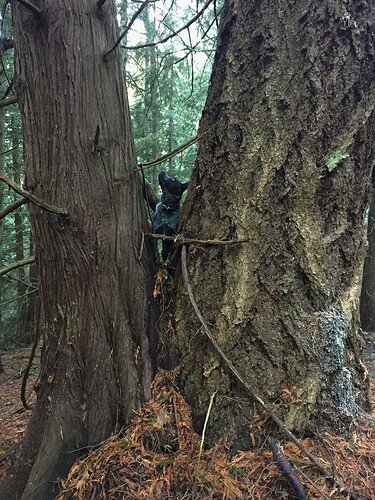 Anywhere where there are wetlands! 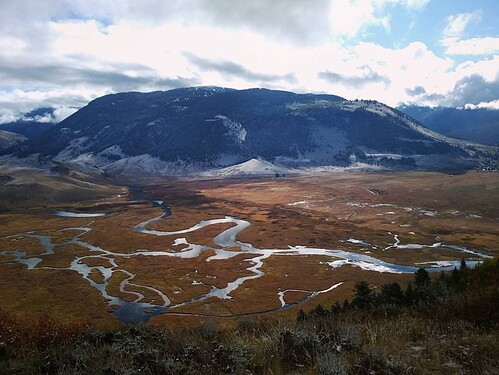 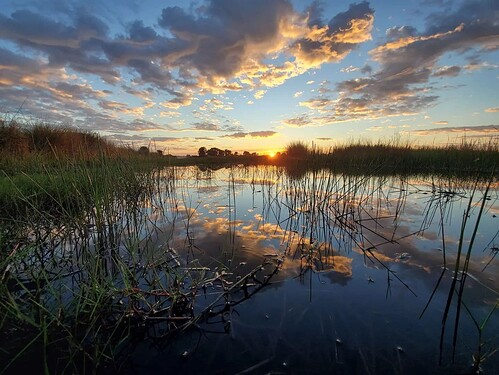 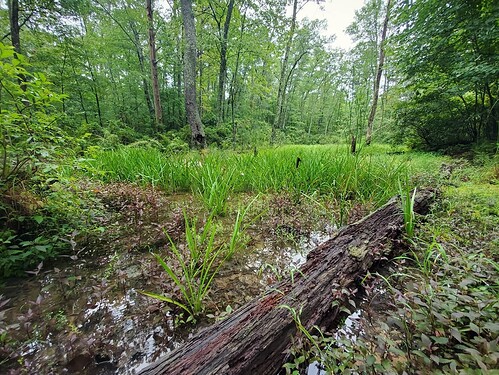