URLs (aka web addresses) of any relevant observations or pages:
https://www.naturalista.mx/observations/36683292 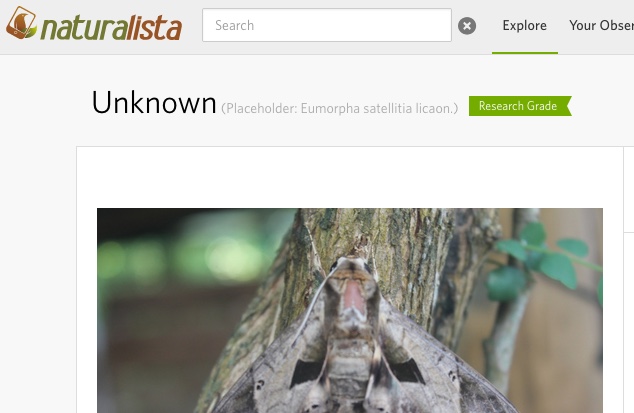 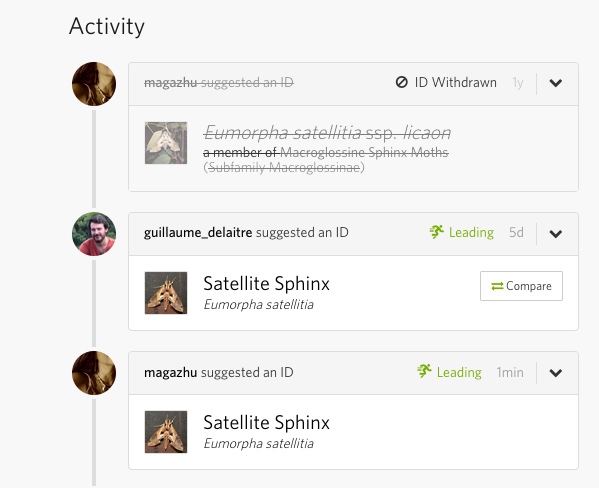 Observation has been IDd by two people, so it’s now RG but it is still marked as “Unknown”.

Says profile is blocked for me.

Oh? Does that mean you cannot see it?

Yes, it’s not opening for me.

It is! They should be shown even if user is banned, but for some reason this one isn’t showing at all for me.

Interesting… Well, thank you much for trying! :)

@Marina_Gorbunova when you follow the link you are going to a different platform, one that you are not signed into. You can sign into it with the same userid and password as your normal platform, ie for me it is inaturalist.nz, or alternatively you can change the url and replace the .mx platform name with your own… then it picks up that you are signed in to that platform, and shows you the content (perhaps because we are curators?)

so for example, in my case I click and go to:
www.naturalista.mx/observations/36683292
which I am not signed into…

I replace the www.naturalista.mx part with inaturalist.nz so that the url becomes:
inaturalist.nz/observations/36683292
and when I press enter to load it,. I am signed in and looking at the observation with curator rights.

They should open everywhere (you see different links on forum all the time and they’re working fine, you’re just not logged in) and surely I changed url when I first opened it and still it’s not shown.

and when I edit url:

allows me to see it, whereas:

@tiwane can we give Marina curator? She is very helpful in the forums and I think knowledgeable and level headed enough to wield it :)

I just don’t get it why it’s not showing, last week I saw observations of banned profiles and observations of users like questagame are shown, was it blocked somehow differently?

Only curators should be able to see profile pages of suspended users. Observations made by suspended users are free for anyone to see unless observation-specific flags are caused content to be hidden.

Anyone who wants to be a curator needs to submit a curator application as discussed here.

It’s a link to observation, not profile, and should be visible.

Ah, forgot about the caveat that the content of a user who was flagged as a spammer is not visible.

It is something about the curator status. I tried https://www.inaturalist.org/observations/36683292
while logged in (as curator) and it worked.

However, the same link in an incognito window just says “This user was suspended” but I don’t see any flags on the observation itself. Maybe this is a bug (but a different one than initial post is about)?
Edit: @tiwane explained right as I posted!

As far as the RG goes, it does have two IDs so the RG status isn’t the issue, but the fact that the ID at the top of the page is unknown.

Ah, so that was a spammer? Got it, never saw one before!

I’m not seeing evidence of spam, though. I’ll follow up on the flag.

As to why it’s RG without an observation taxon, we’ll take a look.

It’s not blocked in the international version of the site:
https://www.inaturalist.org/observations/36683292

As a curator you should be able to see it. Try logging out or opening a private browser window, then going to the observation.