You know you're seriously into iNat when

It messes up a map, it doesn’t look good, and doesn’t present any more info than there was before, 99% species already have data about them being in the region. Obscuration is an enemy of any location-specific project. There is a reason there’s a feature request to make it possible to turn off obscured observations from the map.
It’s not as straightforward for rare species, for most species not knowing where it is more likely to lead to population being destroyed than having it open, big chunk of obscured species are not hunted or collected, they’re rare for different reasons, so current obscuration doesn’t help them a bit. Anyway, there’re other topics to discuss it, so we shouldn’t diverge here about it, maps like one posted above show how user could observe a little bit more out of their safe zone.)

… you browse Homo sapiens for funny and odd observations.

… if you specialize in something, like plants, you sometimes miss something more prominent like a grasshopper when looking at unknowns.

I mean…you do realise that we can share obscured locations with trusted users; and any researcher working on something can ask us to unobscure for them; and we still have the data if we see something at risk we can take it to respective boards for securing the population ourselves and if it is local we will see the risk before it occurs cauze we see it all the time.

Culture maybe plays here too; because here, if there was a rare plant with location it would likely be taken. Literally know of a case where this occurred - pre internet era - but locale was on USGS maps, and entire pop was gone quickly…oddly fast…from the find announcement. And that was when some paper research was needed to find location.

As someone who has been stalked; it was not by someone with CSI-like skills of knowing how to find data (if i was concerned about that I wouldnt be online at all), it was by an abusive person I formerly knew, who joined same site to follow me silently and figured it out easily without any effort…like it would be if they saw that map above. That changed my habits online. So unless iNat decides to track every person who sees my observations or profile so i can see who my silent followers are…which is obv not gonna happen; ill obscure.

Its like other things…the person likely to do it isnt some stranger who hacks into your stuff and peices it together, its someone you once or do know, grabbing a chance.

… if you look like this, coming back from a short 2 hour walk, because you actually brought insect repellant to town but forgot to take it with you when going out with the camera and refuse to let this take away your few hours of iNatting you have there. 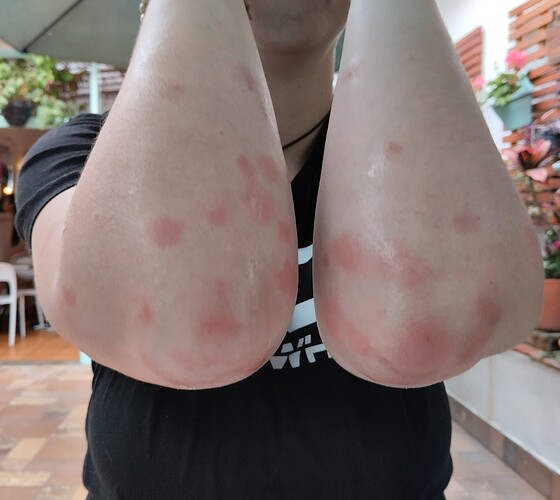 … but at least you took the chance to make an observation out of this as well
https://www.inaturalist.org/observations/142459361

(if it continues yeah prob)

You know youre seriously into iNat when a subdiscussion forms about the use of the site?

…if you have dozends of pictures like these from your easilily sun burned partner from all around the world, because he moderately enjoys nature, but struggles with keeping up the interest of looking at crabs or critters in bushes for an extented amount of time but likes to support your hobby because he knows it is important to you and thus downloaded e-books to his mobile so he can keep himself busy while waiting until you are done 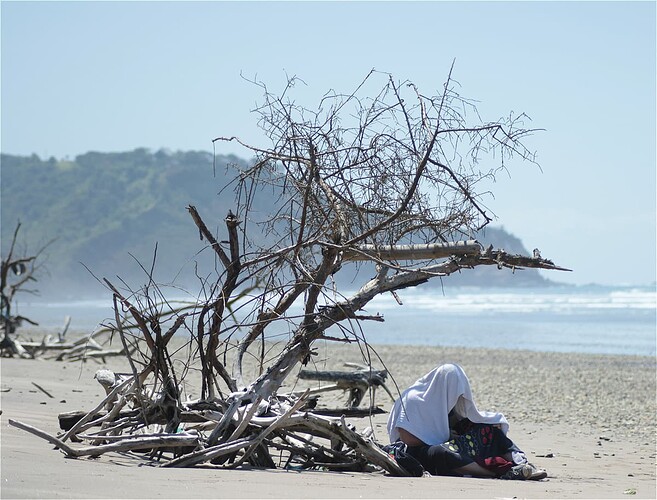 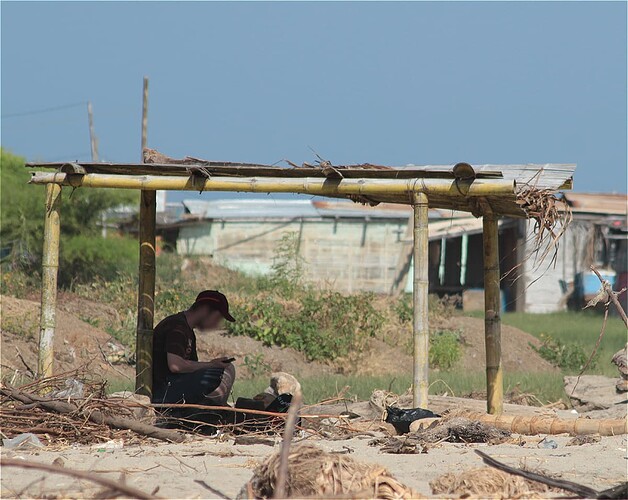 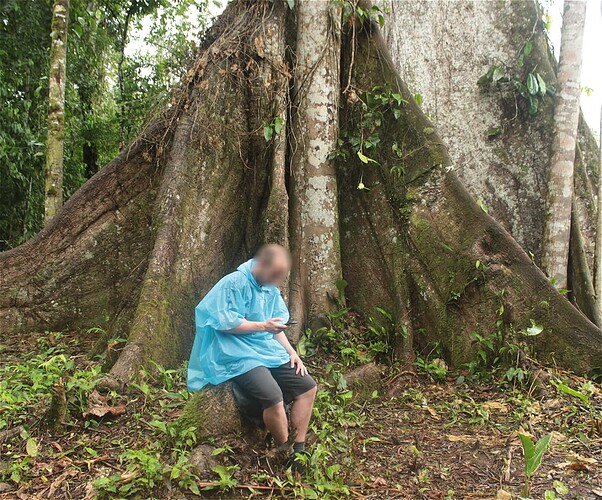 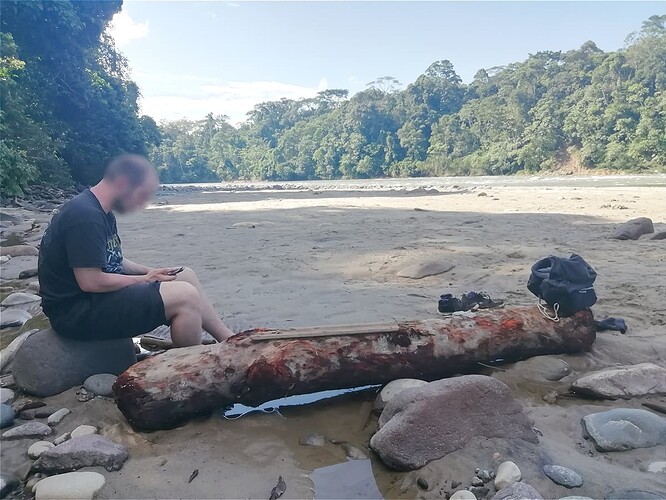 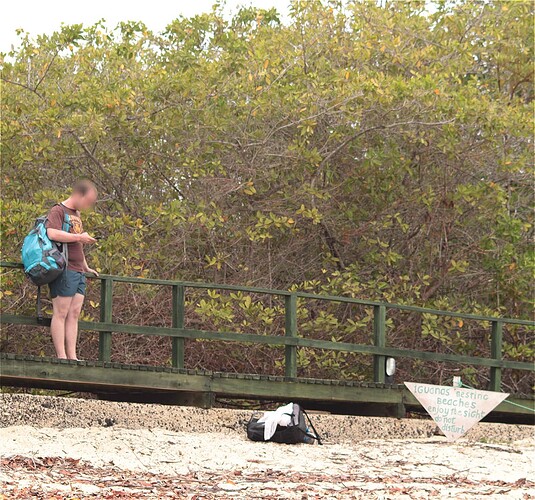 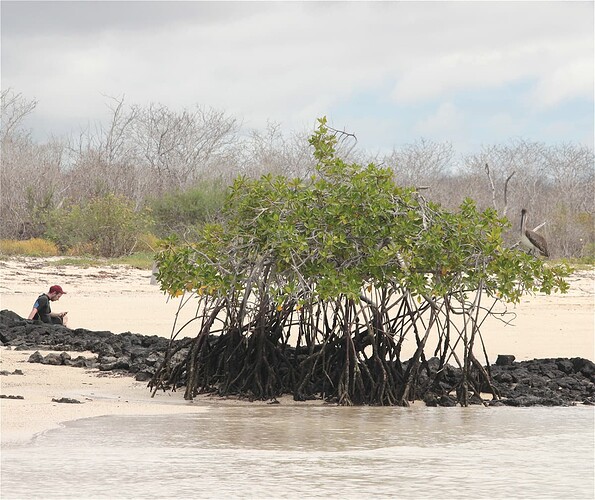 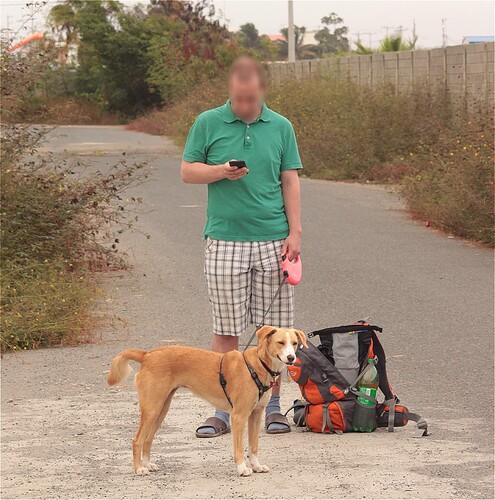 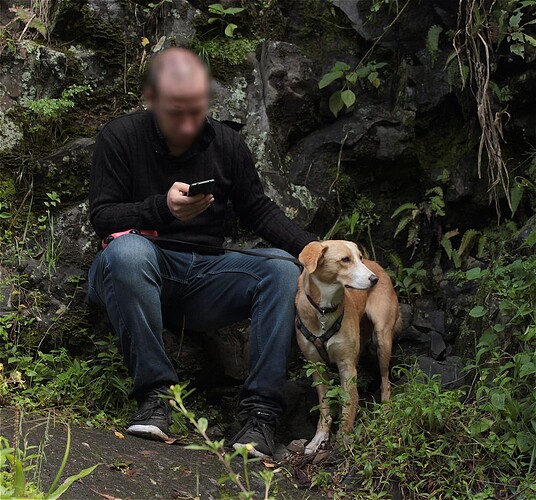 … and when you know for each of those pictures what were your higlights observing that moment :-)

On the subject of cultivated gardens and geoprivacy:

when you have a nightmare that you are back in Rwanda being pursued by people who want to kill you but your dream self wants to stop to photograph an unusual Opilione species on a banana leaf.

One time I got 58 mosquito bites while searching for wetland birds.

That is exactly what I do. I always go with general locations like county or state when I upload from anywhere else.

i…kinda want to hear this story…and I also very much dont. But holy heck!

…it crosses your mind that if you were to get monkeypox (or some other exotic disease), you would try to upload the encounter.

One of your first thoughts upon being diagnosed with an uncommon tick-borne disease is “I wonder if anyone has posted this bug on iNat?”

You are disappointed when follow up bloodwork reverses your diagnosis, denying you the first observation of this species on the platform.

What I have is the first two volumes of “CARNIVOROUS PLANTS OF AUSTRALIA MAGNUM OPUS” but they can be a bit difficult to find! They’re also very large and heavy!

Note: I now wish I had gotten the third volume at the same time because at the place I got them they have now gone out of print.

…BUT seeing only the common name is very disappointing.

…when you check the weather to see when the Winter Storm Warning goes into effect, then look at the current time, and decide that you can squeeze in a couple of hours at a local park. Not that I’ve ever done anything like that (until today).

(Seriously, this one could be a doozy. Overnight, we’re looking at up to 9 in / 23 cm, and up to 4 in / 10 cm more tomorrow. Either that, or the system will fizzle over the Denver Metro area, and hammer the surrounding counties. The local heat bubble can make these things a wee bit upredictable.)

You watch someone else’s observation for 5 months and get excited when it moves from Life to Research Grade. Sure I could have nudged it along quicker but I never had any doubt he would make it.

Now that was funny

OMG that is EPIC

…and when I read the first ID I was like… “why is moose maverick?” and then saw your ID… “OOOOH it got me too!”

…so I’m not sure which is funnier at this point

This happened the other day and my son was furious. It was a pretty funny too, because he was going “I know it’s sugar daddy (‘sugar daddy’ peas) but what is sugar daddy???”