Why don't I see my expected common name? - "Official" Thread

iNaturalist has a number of settings related to common names, and they are applied in a particular way. This is how iNat determines the common name displayed to you: 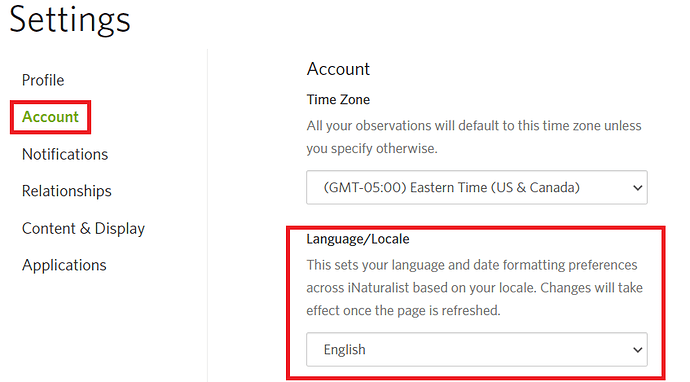 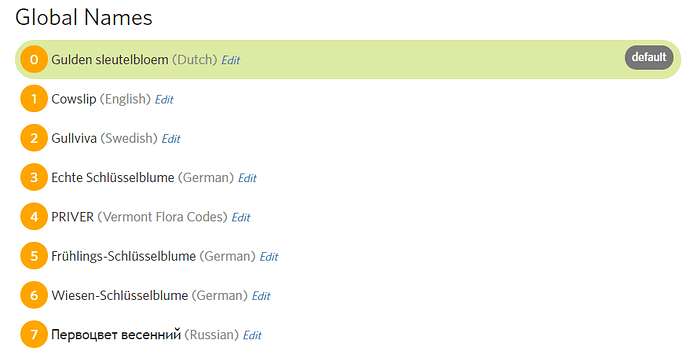 Additional notes: when checking for names in your preferred name place, iNat will also check ancestor places, but only if your Language setting matches the language of the common name. For example, if your preferred place is set to Wien, which is a child of Austria, you will see the name for Austria if you are running the site in German.
The languages available in the Language/Locale setting are determined by their site translation status.
Only curators have access to the page that shows the name rankings and place associations, however anyone can use the API to view this information, e.g. https://www.inaturalist.org/taxon_names.json?taxon_id=55819.

If you still aren’t sure why a particular common name is displayed for you, please add a post including your Language/Locale setting, your preferred place name setting, the taxon, the name you are seeing, and the name you expect to see.

I have several species that come up with common names in the Korean language despite also having an English common name listed on the taxonomy page of the species. For example, Mazus pumilus:

I would expect ‘Japanese mazus’ to be displayed given my language settings and the fact that an English common name has been added to iNaturalist.

As I have encountered this on several species how should an issue like this be addressed? I’m guessing that I should create a flag each time I encounter a naming issue like this for a curator to look at and fix; is that correct?

That’s doing what it is designed to do. The ‘use names from place’ takes priority, so if you choose South Korea for this and a name is set to be used there you will see this. If the Korean name were only entered but not set to be used in place South Korea, then you would see the English name.

I thought flagging the taxa would allow a curator to assign a localized English common name (place: South Korea, language: English) (Edit: Or adjust the Korean common name to not be set to place: South Korea to allow both to display depending on the user’s language setting) but your response gives me the impression that’s not possible since it wasn’t addressed at all.

If the site is translated into Korean, which I think it is without going over there to look, there is really no reason why a name needs to be set as use in South Korea. If that were removed then in your case you should then see the English name.

Is there another thread regarding the “time zone” setting? I have a question about that.

There’s no official thread, but there are a number of topics going about various aspects of time zone settings. If your question is related to any of those, you can post in there, or if it’s unrelated, you can start a new topic.

If the site is translated into Korean, which I think it is without going over there to look, there is really no reason why a name needs to be set as use in South Korea. If that were removed then in your case you should then see the English name.

I’m guessing that I should create a flag each time I encounter a naming issue like this for a curator to look at and fix; is that correct?

Personally I wont make any suggestions on edits until the site decides what if any changes they are going to make about how the name display works.

As I noted, doing the removal will change the display for you to what you want to see, however it has the side effect of removing it for others who have set up their display in a different way.

This is an issue for multilingual countries. Multiple names from different languages are entered for the same country/region, and the AI seems to not prioritise according to language in such cases.

Advice on how to resolve this if it is the case?

When I’m adding IDs for penstemon, sometimes it’s faster to use the common name. It’s frustrating that some common names use “penstemon” and others use “beardtongue.” What gives? https://www.inaturalist.org/taxa/48367-Penstemon

You can add both variations to each species, main names will stay different, but you’ll be able to type those you prefer.

Here, for example the Hebrew name is not displayed (it is, however, displayed in the tab description in the browser).

In general, it seems Hebrew names are not displayed for me, unless they are associated to the place Israel.

The same thing happens when visiting israel.inaturalist.org (which is in Hebrew by default) without logging in.

This seems like an actual bug, so I’ve reported it.