There's a lot of bugs in iNaturalist

I mean, c’mon folks, I’ve found nearly 200 bugs just by myself. Let’s get with the program, huh??

Did you know that the term ‘bug’ in computer engineering is based on an actual moth getting into the calculating machinery at a Naval Research lab,in 1945? From this article, The Origin of the Term ‘Computer Bug’ found on the Interesting Engineering website:

This “bug” (which a two-inch wingspan (5 cm)) was preserved behind a piece of adhesive tape on the machines’ logbook with the now immortalized phrase “[The] First actual case of a bug being found”.

So the first “computer bug” was, in fact, a literal bug.

The cause of the bug’s appearance appears to have been down to members of the programming teams’ late-night shift, which included the pioneering computer scientist, and former U.S. Navy Rear Admiral Grace Hopper. A team member left the windows of the room open at night. This was more than enough to let in the moth, which was attracted by the lights in the room and the heat of the calculator to nestle in the ‘gubbins’ of the Mark II Harvard, where it met its unfortunate end.

Anyone here care to ID this? ? 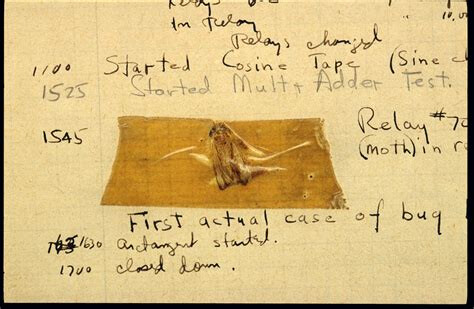 PS: That note was written by computer programming legend, ‘Amazing’ Grace Hopper. If you’re not familiar with her story, you should be. You should also wonder why she really isn’t so well known. Here’s one of my favourite tellings of her tale done in comic format: The Story of Grace Hopper

Wow. I had no idea how many bugs I’ve found. Half of all the species I’ve observed - who knew?

Meanwhile, the real entomologists are scowling and muttering to themselves about “don’t these people know what True Bugs are?” Fine. I suppose I do need to work a bit on those.

160k of them! Lots for one site, but in terms of global web? hm, now the best one as always is @silversea_starsong with 8+k (global page doesn’t show leaf taxa), that is actually a doable number for anyone wishing to start a serious research on that… matter, maybe it’ll motivate someone here.
I’m somewhere in the middle and cool to see not far from people actually focusing on invertebrates.

That isn’t a “literal bug”, it’s a literal moth.

Nearly 72% of my nearly 10.3k observations are of insects. Arthropods overall contribute to 80% of my total observations. I wholly admit to having a preference towards photographing them.

It’s a bug - small, with too many legs. Spider, millipede, whatever. There’s a Calvin and Hobbs cartoon for that.

If I’m not mistaken, it’s a noctuid (and I imagine it’s likely one of the polyphagous “cutworm” types).

I have 451 observations of 90 bugs (Heteroptera). This is probably my favorite Corimelaena incognita by Elliott Gordon · iNaturalist 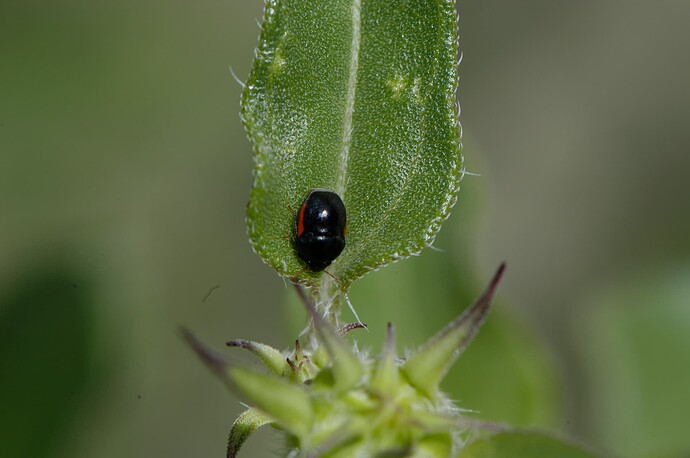 Mamestraconfigurata would have had an idea - or something wry to say. I miss Ian.

It’s a very blurry photograph, by the size it looks like noctuid, but it’d be hard to id for anyone.

there was an old XKCD webcomic with a link for ‘bug reports’ and when you clicked it, it was https://www.inaturalist.org/taxa/47744-Hemiptera
I can’t find the comic offhand though.

do we know which species was?

From the color and size it’s likely the super common Mythimna unipuncta, but it has streaks on it that mean it could be a Leucania sp.

I found a higher rez shot and did some tweaking (alas, on my phone as I’m on a train). Hope this helps with the ID. 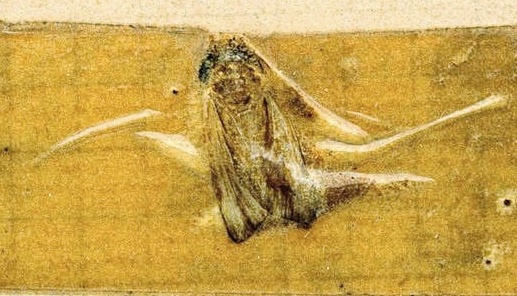 I ran in a bit more then 100 bugs several times… for some I was the first one to have an issue with.
But my favourite was probably this one I observed some years ago in an exotic country called Germany :-D

yeah I miss him too. sigh…

I’m leaning towards a Leucania, it doesn’t quite look right for Mythimna. Has someone posted this as an obs?